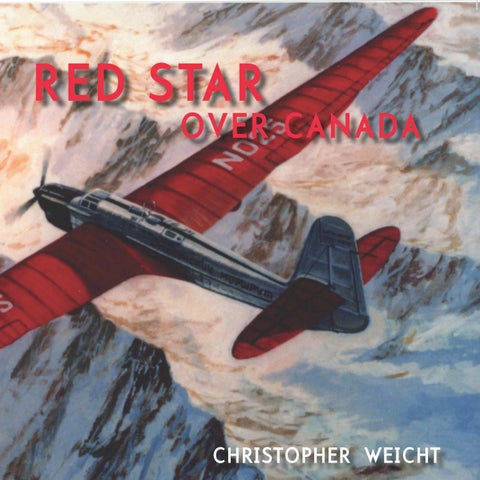 igismund Levanevsky was dubbed the Soviet Lindbergh and became a Russian hero during the early days of the country’s aviation industry. While allied at the time with Nazi Germany, Russia’s communist leader, Joseph Stalin, himself the master of deceit, knew that Hitler’s plans included the invasion and conquest of Russia. Stalin needed to convince the world that Russia had the capabiities to defend itself and was technilogically equal to the most avanced nations. In 1937, Stalin put his new-found pilot hero, Levanevsky, to work proving that Russian aircraft were capable of long range nonstop flights. It was to be a game of deceit and pilot/author Chris Weicht discovered some convincing evidence that a remote island on the British Columbia coast played a significant part in the game afoot. As Weicht pursued further evidence he soon realized that he was investigating an international intrigue that brought his attention to the present day threats to Canada’s arctic sovereignty by Vladamir Putin’s Russian military instalations in the near arctic.

cting on Stalin’s orders, Levanevsky, traveled to the United States and acquired the most advanced aircraft in U.S. skies at the time—the Vultee V1-AS. The aircraft was customized by Northrop with belly mounted cameras for aerial surveillance. The U.S. military sealed the cameras for the aircraft’s return flight to Moscow. The return flight was to follow the west coast of the United Sates into British Columbia and on up the B.C. coast to Alaska. The flight maintained radio contact with the U.S. military but one particular estimated time of arrival was not made good when the Vultee lost radio contact for many hours. Author, Chris Weicht, determined that this unexplained break in the flight plan would have occurred when the aircraft was in the Bella Bella area and some local history revealed to his enquiries that some strange happenings back in 1937 took place in the nearby Goose Islands.

RED STAR OVER CANADA’S 156 PAGES ARE LOADED WITH ARCHIVED PHOTOGRAPHS OF THE EVENTS—A SIGNIFICANT PIECE OF CANADA’S AVIATION HISTORY Here’s the Kicker! The Canadian Government and the United States Government were willingly complicit in this Russian intrigue!

o how come this aircraft made it from Moscow to Vancouver, Washington “nonstop” when the fuel tanks told a differant story? And, you might ask, where did the Russians come up with this aircraft that they dubbed the ANT 25, its design attributed to Tupolev? How come it looks very much like a French airplane—the Dewoitine D33? The graceful craft is picured here arriving over Pearson feld in Vancouver, Washington. Not everyone was convinced: The definitive British magazine, Aeroplane, cited some interesting figures and asked many embarrassing questions.

The book, RED STAR OVER CANADA, measures 8 inches square and mails at a special $5.00 (plus change) rate to any address in Canada. for $45.00 you can order an autographed copy from the author at: coasteagle@yahoo.com

oseph Stalin and Sigismund Levanevsky were the best of buddies when the story begins but what happened to spoil that relationship, and how did Joe Stalin arrange to...well, Stalin was fingered as having murdered thousands of people at this time as the paranoid leader executed most of his generals and anyone thought to be a threat to his leadership. What happened to Levanevsky and his family? Chris Weicht found some convincing answers. While we are at it, how does this sly guy on the next page figure in the events???

ow do the present day arctic policies of Vladimir Putin’s Russia fit into the scheme of thngs? Pictured here saluting his pararoopers at the Russian ice station Barneo, Putin has two military bases established close to Canada’s northern borders and is likely to challenge Canada’s arctic sovereignty as the climate warming phenomenan melts the ice of the Northwest Passage. Oh, and look for China in this scenario. Author, Chris Weicht provides us with a cautionary tale from his DEW Line observations, when flying into Canada’s frozen north with PWA. ORDER YOUR COPY OF RED STAR OVER CANADA DIRECT FROM THE AUTHOR 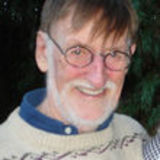 A Russian Trans Polar flight of 1937 that didn't really happen

A Russian Trans Polar flight of 1937 that didn't really happen