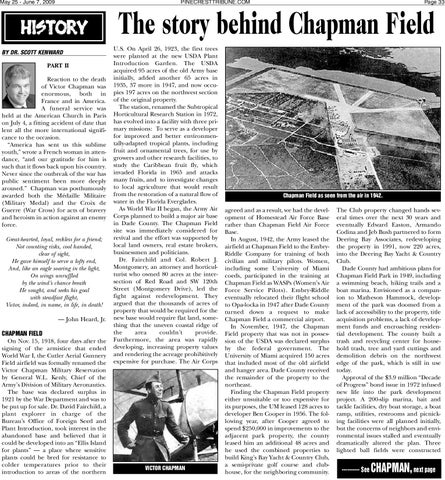 HISTORY BY DR. SCOTT KENWARD PART II Reaction to the death of Victor Chapman was enormous, both in France and in America. A funeral service was held at the American Church in Paris on July 4, a fitting accident of date that lent all the more international significance to the occasion. “America has sent us this sublime youth,” wrote a French woman in attendance, “and our gratitude for him is such that it flows back upon his country. Never since the outbreak of the war has public sentiment been more deeply aroused.” Chapman was posthumously awarded both the Médaille Militaire (Military Medal) and the Croix de Guerre (War Cross) for acts of bravery and heroism in action against an enemy force. Great-hearted, loyal, reckless for a friend; Not counting risks, cool handed, clear of sight, He gave himself to serve a lofty end, And, like an eagle soaring in the light, On wings unruffled by the wind’s chance breath He sought, and seeks his goal with steadfast flight, Victor, indeed, in name, in life, in death! — John Heard, Jr. CHAPMAN FIELD On Nov. 15, 1918, four days after the signing of the armistice that ended World War I, the Cutler Aerial Gunnery Field airfield was formally renamed the Victor Chapman Military Reservation by General W.L. Kenly, Chief of the Army’s Division of Military Aeronautics. The base was declared surplus in 1921 by the War Department and was to be put up for sale. Dr. David Fairchild, a plant explorer in charge of the Bureau’s Office of Foreign Seed and Plant Introduction, took interest in the abandoned base and believed that it could be developed into an “Ellis Island for plants” — a place where sensitive plants could be bred for resistance to colder temperatures prior to their introduction to areas of the northern

The story behind Chapman Field U.S. On April 26, 1923, the first trees were planted at the new USDA Plant Introduction Garden. The USDA acquired 95 acres of the old Army base initially, added another 65 acres in 1935, 37 more in 1947, and now occupies 197 acres on the northwest section of the original property. The station, renamed the Subtropical Horticultural Research Station in 1972, has evolved into a facility with three primary missions: To serve as a developer for improved and better environmentally-adapted tropical plants, including fruit and ornamental trees, for use by growers and other research facilities, to study the Caribbean fruit fly, which invaded Florida in 1965 and attacks many fruits, and to investigate changes to local agriculture that would result from the restoration of a natural flow of water in the Florida Everglades. As World War II began, the Army Air Corps planned to build a major air base in Dade County. The Chapman Field site was immediately considered for revival and the effort was supported by local land owners, real estate brokers, businessmen and politicians. Dr. Fairchild and Col. Robert J. Montgomery, an attorney and horticulturist who owned 80 acres at the intersection of Red Road and SW 120th Street (Montgomery Drive), led the fight against redevelopment. They argued that the thousands of acres of property that would be required for the new base would require flat land, something that the uneven coastal ridge of the area couldn’t provide. Furthermore, the area was rapidly developing, increasing property values and rendering the acreage prohibitively expensive for purchase. The Air Corps

agreed and as a result, we had the development of Homestead Air Force Base rather than Chapman Field Air Force Base. In August, 1942, the Army leased the airfield at Chapman Field to the EmbryRiddle Company for training of both civilian and military pilots. Women, including some University of Miami coeds, participated in the training at Chapman Field as WASPs (Women’s Air Force Service Pilots). Embry-Riddle eventually relocated their flight school to Opa-locka in 1947 after Dade County turned down a request to make Chapman Field a commercial airport. In November, 1947, the Chapman Field property that was not in possession of the USDA was declared surplus by the federal government. The University of Miami acquired 150 acres that included most of the old airfield and hanger area. Dade County received the remainder of the property to the northeast. Finding the Chapman Field property either unsuitable or too expensive for its purposes, the UM leased 128 acres to developer Ben Cooper in 1956. The following year, after Cooper agreed to spend $250,000 in improvements to the adjacent park property, the county leased him an additional 48 acres and he used the combined properties to build King’s Bay Yacht & Country Club, a semi-private golf course and clubhouse, for the neighboring community.

The Club property changed hands several times over the next 30 years and eventually Edward Easton, Armando Codina and Jeb Bush partnered to form Deering Bay Associates, redeveloping the property in 1991, now 220 acres, into the Deering Bay Yacht & Country Club. Dade County had ambitious plans for Chapman Field Park in 1949, including a swimming beach, hiking trails and a boat marina. Envisioned as a companion to Matheson Hammock, development of the park was doomed from a lack of accessibility to the property, title acquisition problems, a lack of development funds and encroaching residential development. The county built a trash and recycling center for household trash, tree and yard cuttings and demolition debris on the northwest edge of the park, which is still in use today. Approval of the $3.9 million “Decade of Progress” bond issue in 1972 infused new life into the park development project. A 200-slip marina, bait and tackle facilities, dry boat storage, a boat ramp, utilities, restrooms and picnicking facilities were all planned initially, but the concerns of neighbors and environmental issues stalled and eventually dramatically altered the plan. Three lighted ball fields were constructed 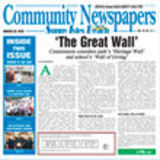