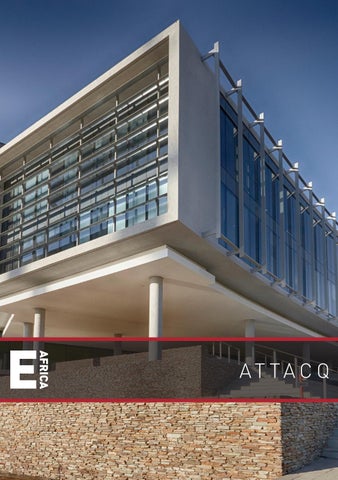 As one of the most attractive listed developers in SA, and with the burgeoning Waterfall City project now fully underway and starting to realise its potential, Attacq is entering a very exciting period. Transitioning to a REIT and frequently welcoming big-name residents, all is flowing nicely in Waterfall for Attacq.

Group 5, Massbuild, Cell C, Altech, Cummins, Novaritis, PwC, Drager, Honda, Standard Bank, Virgin Active, Diageo, Schneider Electric, Dimension Data, BMW, Deloitte – what do all of these major international powerhouse brands have in common? In South Africa, they have all moved to, or are in the process of moving to, Attacq’s Waterfall City development, between

Johannesburg and Pretoria. Located across a mass site from Modderfontein in the east beyond Kyalami in the West, on both sides of Gauteng’s N1 highway, Waterfall City is being marketed as the new economic hub of Africa where people can live, work and play. With the impressive Mall of Africa at its heart, Waterfall City is quickly growing to become Gauteng’s

new CBD. Spearheaded by Attacq (South Africa’s premier property company, delivering exceptional and sustainable growth through real estate investments and developments) which was formed in 2005 and listed on the JSE in 2013, the Waterfall development is the described as Attacq’s ‘jewel in the crown’. Speaking to former-Attacq CEO Morné Wilken in November 2016,

Enterprise Africa discovered that the business was performing very well despite a bleak economic outlook. “We were very pleased,” he said of the company’s 2016 financial results. But today, Wilken is gone (he’s now the CEO of MAS Real Estate, a company 30.6% owned by Attacq, which focuses on commercial property in European markets) and CFO Melt Hamman has stepped in as interim CEO.

Despite the reshuffle, the company continues on the growth path, and activity at Waterfall continues to gather pace. Cascading across Gauteng’s northern suburbs, a host of big names have taken the plunge and relocated to Waterfall. When Attacq acquired the development rights in 2008, it was clear that the company was on the crest of something big. After

moving through the knickpoint that was the 2008 GFC and successfully navigating the whitewater-like SA political environment, Attacq is now comfortably sailing through flat water as Waterfall continues to thrive. One of the recent announcements has fuelled the positive feeling at Attacq was the ground breaking event which marked the start of construction of the new Deloitte

Africa HQ at Waterfall. Deloitte Africa, Atterbury Property and Attacq came together to celebrate at the sod-turning ceremony in November. When complete, the facility will cover 42,500 m2 and will be made up of ultra-modern office space. The project is set to be completed in 2020. “We are very excited about our new custom-designed headquarters for Deloitte Africa in what is clearly a sought-after corporate destination,” said Mike Jarvis, Chief Operating Officer at Deloitte Africa. “This new centre of operation gears our Africa firm to attract the best talent, serve our expanding market, and consolidate approximately 3700 of our people to make an even greater impact with our clients and communities.” Described as a ‘landmark development’, the six story office building will have a 2000 bay parking facility and will be designed to meet green building conditions. Architecture practice Aevitas designed the new Deloitte headquarters to comply with a Silver LEED (Leadership in Energy and Environmental Design) Green Rating on completion. “Deloitte’s new offices will see them enjoy an excellent position in the sought after location of Waterfall, Gauteng. Here, they will consolidate their operations in the region in a central location. This development will not only provide Deloitte with room to grow as a business, but also be an asset that supports them in attracting new talent and continuing to serve their expanding market,” said Atterbury CEO, Louis van der Watt. And Deloitte’s news was not the only exciting announcement of recent times for Attacq. Other big names also made their growth ambitions clear by choosing Waterfall as their home. Both Cummins and Accenture will soon take residence in the exciting new city. Cummins is the global leader in power generation solutions and the company celebrated the start

of construction of its new Southern Africa Regional HQ in October. As part of the Waterfall Logistics Precinct, the new Cummins site will be a 15,000 m2 facility comprising a service and engine rebuild centre, warehouse with specialist installations and office space. Expected to be completed by the end of 2018, the new building will allow the company to consolidate its operations in the region by bringing its Master Rebuild Centre, Gauteng Operations Workshop and Southern Africa Technical Training Centre all under one roof. “This new facility will help bolster our operations in Southern Africa through the greater overall efficiency that comes from combining multiple activities under one roof. Furthermore, the benefit of having our office and servicing centres in the same location

streamlines operations, enabling us to deliver even better on our promise of excellent customer service and support,” said Thierry Pimi, MD of Cummins Southern Africa. Pete Mackenzie, Head of Development at Attacq was equally excited: “We are excited about embarking on this journey with Cummins and believe that, once complete in November 2018, the Cummins Southern Africa building will be a pioneering development within our logistics hub. We welcome Cummins and are thrilled they chose a home with us,” he said. Most recently, in February, global professional services company Accenture celebrated the sod-turning ceremony of its new Southern African offices at Waterfall. The new 3875 m2 facility will contain the

very best urban design principles and sustainability values. Melt Hamman said he was “thrilled” that Accenture had chosen Waterfall for this investment and Attacq’s partner on this project, Zenprop, said it was

pleased and excited about the project. These are just the latest in a swathe of movements from around the region into Waterfall City. Back in March 2017, BMW SA announced that it would develop a Regional

Distribution Centre. This 32,000 m2 project is set to be completed mid2018 and BMW Group South Africa and Sub-Saharan Africa CEO Tim Abbott said: “Improved warehousing and distribution is a key success factor, as we keep upping our game in customer service delivery. Space limitations restricts the expansion of the warehouse in our current location in Midrand. By moving the warehouse to a larger site, we also free up space on our campus to create state-of-theart power hub.” Next for Attacq is its move from capital growth fund to REIT (Real Estate Investment Trust). This will allow the business to declare dividends for shareholders. South Africa adopted the REIT structure six years ago, replacing property unit trusts and property loan stocks, to bring local companies in line with global tax and regulatory standards.

// ATTACQ IS WELL PLACED TO CONTINUE TO CREATE VALUE FOR ITS SHAREHOLDERS AS THE COMPANY PROGRESSES ON ITS JOURNEY TO BECOMING A REIT // Moving to REIT format has long been an ambition for Attacq and the process is set to be completed later in 2018. Now is an exciting time for the business with a further 1.2 million m2 of development bulk still remaining. This is good news for shareholders, considering the Mall of Africa alone has displayed strong performance since its opening in

2016. Since then, it has received more than 13 million guests, averaging around 1.2 million per month (strongest months were May 2016 with 1,537,661 visitors and December when 1,517,899 visited). The Mall of Africa achieved a turnover of R3,427,184,526 for the eleven months of trading to March 2017, at an average of R311,562,229 per month with a highlight month of R491,145,650 turnover achieved in December 2016. According to Attacq, people are spending roughly R250 per visit (for the 11 months to March 2017) and trading densities for the same period averaged R2630 per square meter. The renewable energy systems that have been installed, including the solar rooftop installation, are helping the area to offset carbon emissions and reduce coal and diesel consumption. Until a new full time CEO is

installed (which should happen in the coming months), Melt Hamman will undoubtedly take the business forward on a sustainable footing. “With our leadership team, collective business expertise and industry knowledge, we remain focused on the company’s strategic goals and the transition to convert to a REIT by the end of the 2018 financial year,” said Attacq Board Chairman, Pierre Tredoux. “We are confident that Attacq is well placed to continue to create value for its shareholders as the company progresses on its journey to becoming a REIT, and have full confidence in Melt’s abilities to deliver on this in the interim.”

CMB Multimedia does not accept responsibility for omissions or errors. The points of view expressed in articles by attributing writers and/ or in advertisements included in this magazine do not necessarily represent those of the publisher. Any resemblance to real persons, living or dead is purely coincidental. Whilst every effort is made to ensure the accuracy of the information contained within this magazine, no legal responsibility will be accepted by the publishers for loss arising from use of information published. All rights reserved. No part of this publication may be reproduced or stored in a retrievable system or transmitted in any form or by any means without the prior written consent of the publisher. © CMB Multimedia Ltd 2017 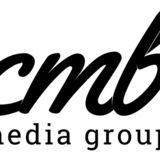