Ensemble Paramirabo Dave Storen Sarah Albu Sarah Albu is a Montreal-based singer and actress whose current pursuits highlight her interest in the intersection of musical and theatrical expression. Her first full-length solo release, trickpony, will be available in May 2013 and features eight works for solo voice written specifically for this project by composers from her artistic community. Sasha Amaya Choreography, video, installation, music. Richard Barrett is internationally active as both composer and improvising performer, and has collaborated with many leading performers in both areas, while developing works and ideas which increasingly leave behind the distinctions between them. A pianist by training, Raphaël Cendo performed with a hardcore rap group before institutionalising his training in Paris. He composes music marked by the aesthetic of sound saturation based on tone colour. Andy Costello, pianist, composer, and educator, often described by fellow musicians as “unlike anyone I’ve ever met.” Octavie Dostaler-Lalonde, cellist - happy to be performing with Ensemble Paramirabo on their 2013 Canadian tour. Also performs with Epsilon string quintet and Compagnie Danse Nyata Nyata. Described by Bachtrack as ‘fearless’, Ensemble Paramirabo devotes the lions’ share

of its programming to emerging Canadian composers. The musicians are honoured to be in residence at Cluster 2013, marking the middle of their first Canadian tour. Their debut album Autopor trait was released in November 2012. Brian Ferneyhough is an English composer, and one of the central figures of the New Complexity movement in music. Lori Freedman , clarinets, is a member of a small but international group of people currently categorized as “renaissance musicians”. Freedman’s artistic practice spans the gamut: performer of written music including works dedicated to and premiered by her, she is also consumed by activities as a composer, improviser, recording artist, teacher and writer. François Gagné - clarinetist with Ensemble Paramirabo and an active improviser and chamber musician in the Montreal new music scene also performs with Ensemble Allogène and La Machine. Gabrielle Gingras - pianist with Ensemble Paramirabo is emerging as one of the most soughtafter collaborative pianists of her generation in contemporary chamber music and vocal accompaniment. The Gritty: The collaborative efforts of vocalist Sarah Jo and video artist jaymez. One, political, confused, flippant, limping, picayune, decisive. jaymez “There will always be an underground.” -Chuck Palahniuk Sharon Kanach, a Paris-based new music specialist, was Iannis Xenakis’s assistant for two decades and leads the Centre Iannis Xenakis in France and the Xenakis Project of the Americas at CUNY. She has also worked extensively with Giacinto Scelsi. Sarah jo Kirsch: she’s a sound-junkie // a noise-maker wannabe // check out her mad skills. Mason Koenig received his first post secondary diploma in jazz composition. Following this he changed his musical direction and now dedicates himself to the creation of

contemporary classical music. Geneviève Liboiron - violinist with Ensemble Paramirabo recently completed her Masters degre at l’Université de Montréal. An active perfomer, Geneviève can also be heard with La Machine. MOMA is a project by two artists and brother, Theo and Martin Böttger, founded in 2010. Their sound is like a chopper from noise variations between noise and hysteria, break beats, grime, rudiments short flashed pop melodies, post punk, glitch disfunctionality and occasionally emerging rave staccato. Jessica Mays is a composer, pianist, and collaborative artist currently residing in Denver, Colorado. She has collaborated with the Lamont Symphony Orchestra and a variety of ensembles in Denver, Montreal and London UK. Substance. Sincerity. Swagger. Reverb. From guitarist/vocalist Stefanie Blondal Johnson’s powerful leads and subtle harmonies through to drummer Jodi Dunlop’s manic vigor, Mise en Scene don’t pull any punches; in fact, they’re throwing haymakers. Winnipeg songwriter Claire Morrison offers up spare, stormy folk characterized by both light and dark, sweetness and melancholy. Luke Nickel organizes and reorganizes. Composer and pianist Sally Norris received her Master of Arts in Composition from Wesleyan University (Middletown CT, USA, 2009). Her work exhibits her interest in technique, narrative, symbols and how translations and re-interpretations of these elements shape understanding. James O’Callaghan is a composer based in Montréal, whose artistic practice, both electroacoustic and acoustic, draws on sound sources from the natural world through field recordings and found objects. Heidi Ouellette co-founder and Director of Cluster / composer / curator / enthusiastic instigator. Slattern is music for one to listen to while making private summertime excursions

through densely populated (and dense) crowds with shades always drawn down and eye steadily on the moment. Always the tommy gun angel loitering the streets for another... Kate Soper is a composer and performer whose music explores the continuums of expressivity and intelligibility, the structures of drama and rhetoric, and the potential of the human voice to communicate abstractly. Jeffrey Stonehouse - flutist and Artistic Director of Ensemble Paramirabo is a versatile performer and an active chamber and orchestral freelancer on the Montreal music circuit. David Storen (b. 1990) is an emerging composer and multi-media artist living in Winnipeg. He is currently completing his Bachelor of Music in Composition at the University of Manitoba. TSAWORKS ( Martin Böttger) lives and works in Berlin and Kassel, Germany. The main focus of his work is visual arts: 3D animations (generative and interactive), club visuals, video installation, audio-video performances, sculptures and installations. His work encompasses such ideas as time, space, deformation, deconstruction, rearrangement, layering, distortion, tensions, relations, harmony, mass- and swarm structuring-clustering. This Hisses is Julia Ryckman, who can croon an aria and/or break glass if need be, Patrick Short, wrangler of ghostly harmonies, and JP Perron, wrecker of all things wood and skin. Elyze Venne-Deshaies is informed by a rich and eclectic mix of influences in jazz and classical repertoire combined with intensive studies in clarinet, saxophone and flute. She plays with the Montreal group New Apple Taste and is a busy performing musician in addition to her pursuits in composition.

CLUSTER 2013 POP + NOISE A temporarily installed arts megahub in downtown Winnipeg. Juxtaposing and uniting two distinct aesthetics, a group of artists and performers from Winnipeg to Montreal to Berlin will explore notions of popularity and obscurity, clean production and gritty lo-fi sonic artifacts, melody and stasis. Aspects of pop culture will complement and clash with noise sensibilities on each night of the festival, in performance and installation, across a variety of media. Making his North American debut, Berlin-based installation artist TSAWORKS will transform the Urban Shaman Gallery into a glitched-out, crystalline environment of light, form and video.

Everyone but the kitchen sink:

AFTER HOURS – Winnipeg’s THIS HISSES’ highball of blood and glitter.

CLUSTER 4: Program from the 2013 Cluster Festival 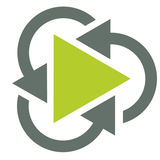