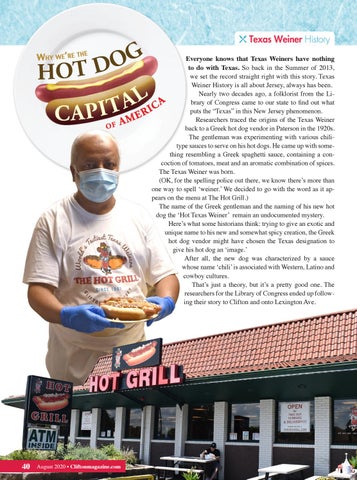 Everyone knows that Texas Weiners have nothing to do with Texas. So back in the Summer of 2013, we set the record straight right with this story. Texas Weiner History is all about Jersey, always has been. Nearly two decades ago, a folklorist from the Library of Congress came to our state to find out what puts the “Texas” in this New Jersey phenomenon. Researchers traced the origins of the Texas Weiner back to a Greek hot dog vendor in Paterson in the 1920s. The gentleman was experimenting with various chilitype sauces to serve on his hot dogs. He came up with something resembling a Greek spaghetti sauce, containing a concoction of tomatoes, meat and an aromatic combination of spices. The Texas Weiner was born. (OK, for the spelling police out there, we know there’s more than one way to spell ‘weiner.’ We decided to go with the word as it appears on the menu at The Hot Grill.) The name of the Greek gentleman and the naming of his new hot dog the ‘Hot Texas Weiner’ remain an undocumented mystery. Here’s what some historians think: trying to give an exotic and unique name to his new and somewhat spicy creation, the Greek hot dog vendor might have chosen the Texas designation to give his hot dog an ‘image.’ After all, the new dog was characterized by a sauce whose name ‘chili’ is associated with Western, Latino and cowboy cultures. That’s just a theory, but it’s a pretty good one. The researchers for the Library of Congress ended up following their story to Clifton and onto Lexington Ave. 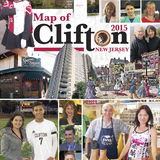