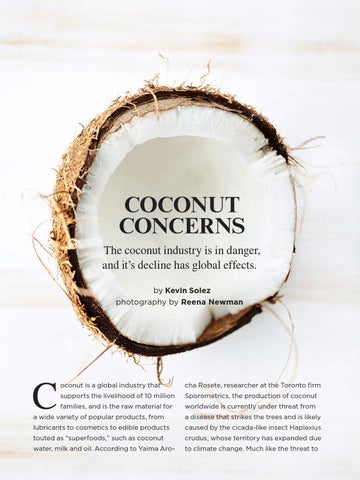 COCONUT CONCERNS The coconut industry is in danger, and it’s decline has global effects. by Kevin Solez photography by Reena Newman

oconut is a global industry that

supports the livelihood of 10 million

Sporometrics, the production of coconut

families, and is the raw material for

worldwide is currently under threat from

a wide variety of popular products, from

a disease that strikes the trees and is likely

lubricants to cosmetics to edible products

touted as “superfoods,” such as coconut

crudus, whose territory has expanded due

water, milk and oil. According to Yaima Aro- 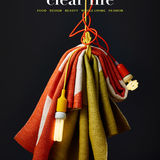