After winning the (102.7 FM) Peak Performance Project in 2011, fans all across the world took notice of the Vancouver Island-based band and their West Coast indie sound. Current Swell’s success has been based off their ability to talk in profound and uplifting ways, whether about unconditional love (“Young and Able”), the cycle of life and death (“When To Talk and When To Listen”), or fame and success (“Keys To The Kingdom”).

Their talking has led them to soldout tours in North America, Brazil, and Europe, with thousands of tickets sold across four continents and well over 50 million streams worldwide. They’ll be performing tracks from their fifth studio album When to Talk and When to Listen—produced by the Grammy-winning Jacquire King—as well as popular earlier recordings. currentswell.com / 7:30 p.m.

TERRA LIGHTFOOT Terra Lightfoot’s folk and roots rock songs tap into the raw emotion of hearts supercharged by love, lust, loneliness and temptation. Her playing melds expert finger-picking and distorted, hook-heavy melodies, and her elemental voice commands attention and awe, whether on slowburning soul ballads or hard-charging rock numbers. She received a Juno nomination for her latest album, “New Mistakes.” Lightfoot has toured extensively in the United States, Canada, and the United Kingdom, and in 2017 she was honoured by the Canadian Independent Music Association for being a touring musician that sold at least 25,000 concert seats in a 12-month period. terralightfoot.com / 5:45 p.m.

ROYAL CANOE Royal Canoe’s music has taken them around to world to play over 400 shows from Kiev to California. Their records have received critical acclaim: a nomination for Alternative Album of the Year at the Junos, Best Independent Album at the Western Canadian Music Awards and love from music press and devoted fans the world over. After all this noise, Royal Canoe settled back into what they know best—throwing everything out the window and building new sounds from the ground up. Creating leaner arrangements and clearer melodies—less between them and the listener. Following the seed of inspiration to its end point before deconstructing and rebuilding. Songs emerged from a miraged-out place where the absurdity of modern life had become hallucinatory—and almost indistinguishable from some dystopian fiction. royalcanoe.com / 4:30 p.m.

A Vancouver artist interested in engaging artists and community through murals, public events, presentations and workshops. His projects encompass a broad range of media, from painted wall murals to large-scale, steamroller-printed woodcuts. In 2008 he received The City of Vancouver Mayorâ&#x20AC;&#x2122;s Arts Award and in 2010, the Queenâ&#x20AC;&#x2122;s Diamond Jubilee Medal. richard-tetrault.ca

A Canadian visual artist whose colourful geometric forms and intricate black and white line work is aesthetically and conceptually inspired by her South Asian heritage. Sandeep has completed a number of public projects, most recently, a mural for Wall to Wall Festival in Winnipeg (2018). You can also find her larger than life murals in Mount Pleasant for Vancouver Mural Festival and on Granville Island for ArtSmash. sandeepjohal.com

Help us improve future events by taking our

BE IN THE KNOW GUILDF

RSVP to our Facebook event page to receive updates and a reminder.

THANK YOU TO OUR CORPORATE & COMMUNITY PARTNERS PRESENTING PARTNER 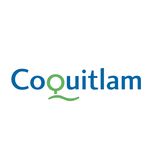