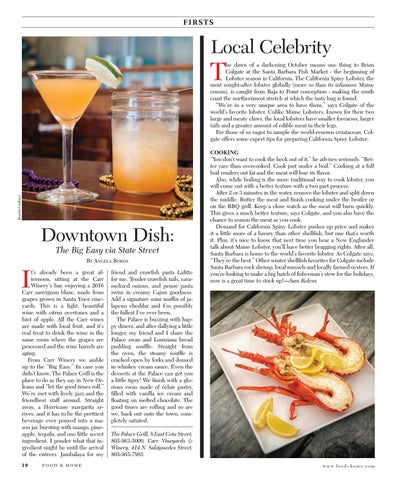 he dawn of a darkening October means one thing to Brian Colgate at the Santa Barbara Fish Market - the beginning of Lobster season in California. The California Spiny Lobster, the most sought-after lobster globally (more so than its infamous Maine cousin), is caught from Baja to Point conception - making the south coast the northernmost stretch at which the tasty bug is found. “We’re in a very unique area to have them,” says Colgate of the world’s favorite lobster. Unlike Maine Lobsters, known for their two large and meaty claws, the local lobsters have smaller forearms, larger tails and a greater amount of edible meat in their legs. For those of us eager to sample the world-renown crustacean, Colgate offers some expert tips for preparing California Spiny Lobster:

t’s already been a great afternoon, sitting at the Carr Winery’s bar, enjoying a 2016 Carr sauvignon blanc, made from grapes grown in Santa Ynez vineyards. This is a light, beautiful wine with citrus overtones and a hint of apple. All the Carr wines are made with local fruit, and it’s real treat to drink the wine in the same room where the grapes are processed and the wine barrels are aging. From Carr Winery we amble up to the “Big Easy.” In case you didn’t know, The Palace Grill is the place to do as they say in New Orleans and “let the good times roll.” We’re met with lively jazz and the friendliest staff around. Straight away, a Hurricane margarita arrives, and it has to be the prettiest beverage ever poured into a mason jar, bursting with mango, pineapple, tequila, and one little secret ingredient. I ponder what that ingredient might be until the arrival of the entrees. Jambalaya for my

friend and crawfish pasta Lafitte for me. Tender crawfish tails, caramelized onions, and penne pasta swim in creamy Cajun goodness. Add a signature mini muffin of jalapeno cheddar and I’m possibly the fullest I’ve ever been. The Palace is buzzing with happy diners, and after dallying a little longer, my friend and I share the Palace swan and Louisiana bread pudding souffle. Straight from the oven, the steamy souffle is cracked open by forks and doused in whiskey cream sauce. Even the desserts at the Palace can get you a little tipsy! We finish with a glorious swan made of éclair pastry, filled with vanilla ice cream and floating on melted chocolate. The good times are rolling and so are we, back out onto the town, completely satiated.

COOKING “You don’t want to cook the heck out of it,” he advises seriously. “Better rare than overcooked. Cook just under a boil.” Cooking at a full boil renders out fat and the meat will lose its flavor. Also, while boiling is the more traditional way to cook lobster, you will come out with a better texture with a two part process. After 2 or 3 minutes in the water, remove the lobster and split down the middle. Butter the meat and finish cooking under the broiler or on the BBQ grill. Keep a close watch as the meat will burn quickly. This gives a much better texture, says Colgate, and you also have the chance to season the meat as you cook. Demand for California Spiny Lobster pushes up price and makes it a little more of a luxury than other shellfish, but one that’s worth it. Plus, it’s nice to know that next time you hear a New Englander talk about Maine Lobster, you’ll have better bragging rights. After all, Santa Barbara is home to the world’s favorite lobster. As Colgate says, “They’re the best.” Other winter shellfish favorites for Colgate include Santa Barbara rock shrimp, local mussels and locally farmed oysters. If you’re looking to make a big batch of fisherman’s stew for the holidays, now is a great time to stock up!—Sam Rolens 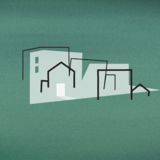 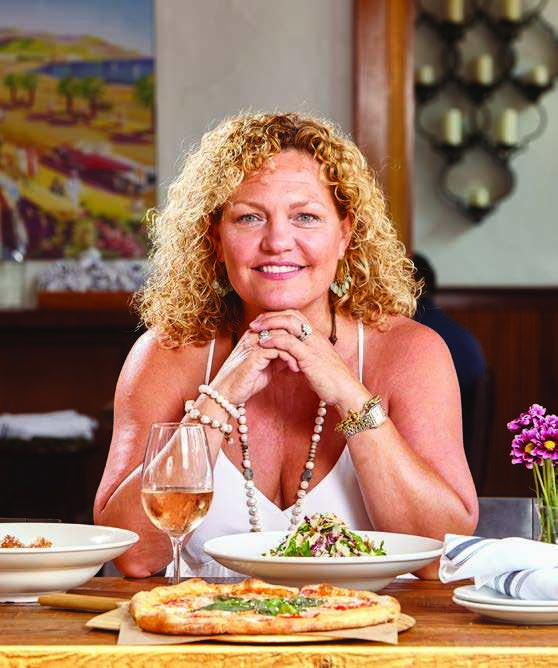 The face behind Mizza is Kourtney Searls. 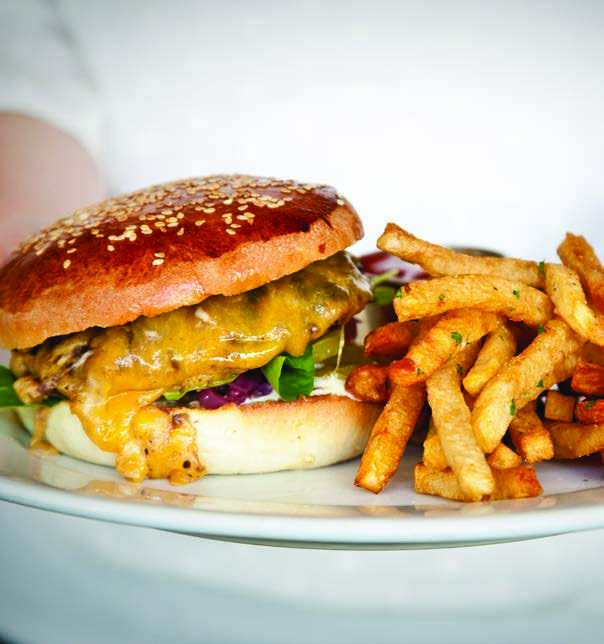 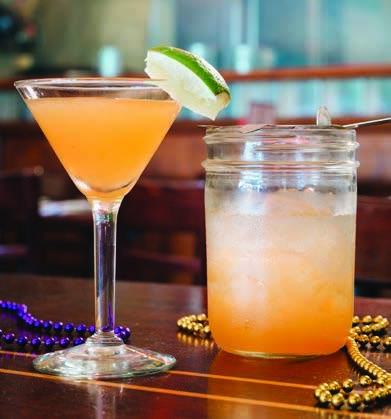 The Big Easy via State Street. 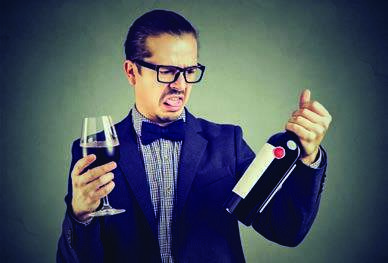 "I Condemn your Barnyardy Syrah and all the Animals Involved." 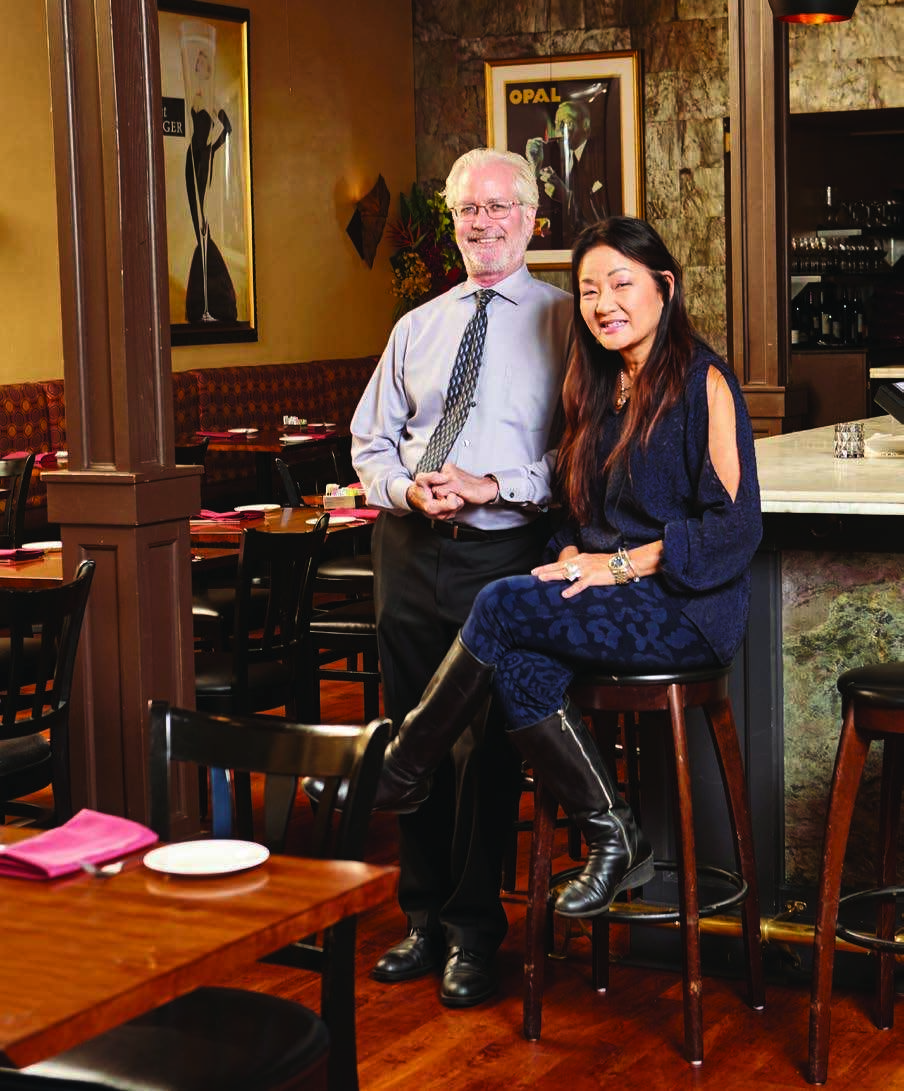 Q and A with one of the best restaurant teams in SB.