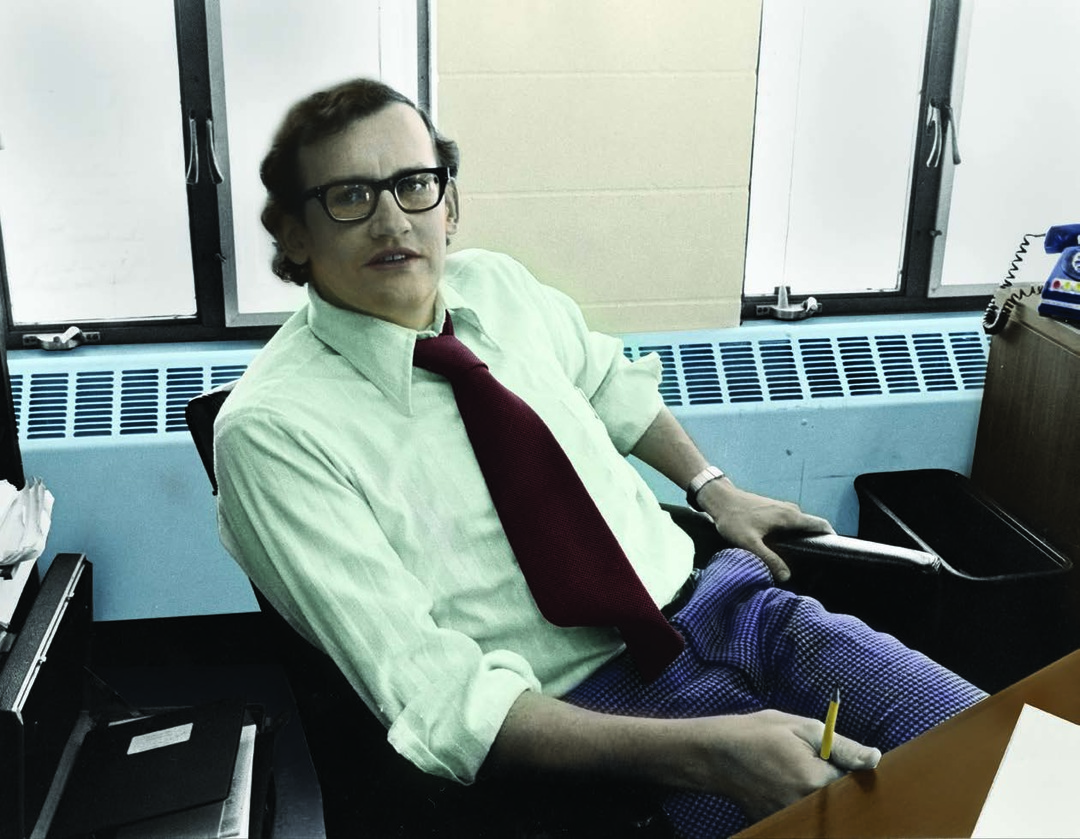 A conversation earlier this year between Citizens League executive director Pahoua Hoffman and City of St. Paul Library director Catherine Penkert started with a shared commitment to informed dialogue, and then soon veered into some interesting territory: the impact of misinformation and misleading news sources on libraries, librarians, and their patrons.

A 2018 Monmouth University poll suggests that 77 percent of Americans believe that traditional newspaper and television outlets traffic in “fake news.” Even in this environment, people are curious for information (even if to confirm their biases), and then use public libraries as a major resource. This leads to librarians often being asked for help by patrons hoping to lend credulity to shaky sources of information.

“We have tons of people coming to the library asking us questions related to their information needs,” says St. Paul Public Library librarian Amanda Feist. “Sometimes that’s asking for straightforward help with research, but we also have people asking us about things that are obviously fake, or misinformation. We try to help them identify bias in sources and how to look for other viewpoints.”

It can be a delicate balance for librarians, who try to provide open and well-rounded viewpoints based on what’s available and legitimate. Sometimes a gentle nudge is needed, though.

“When you have someone come in with a binder of conspiracy theories, you might say, ‘Well, OK, that’s interesting,’” Feist says. “This information came from this source, which is funded by this group. There are also some people with very low digital literacy, which also makes a big difference.”

False information presented to targeted groups on social media is a recent phenomenon aimed at influencing (or swinging) elections. In addition to political misinformation, other issues librarians encounter can involve someone relying heavily on biased or incomplete health information on the internet to diagnose a condition. In these potentially life-and-death situations, Feist points out, librarians can’t make a medical determination. But neither can the internet.

Misinformation has changed the nature of librarians’ jobs in the digital age, but their commitment to their patrons remains a constant, which also means holding back when a librarian’s opinion isn’t asked for.

“We’re not going to be information vigilantes,” Feist assures.

As organizations such as the Citizens League work to foster nonpartisan, evidence-based dialogue about issues such as fair wages, social inequity, and concerns related to aging, unbiased factual analysis and data research are critical. One leader in the field is the APM Research Lab, home to independent analysts who supply curated facts and research for reporters and leaders in business and policy.

A division of American Public Media, the lab is funded by philanthropic support from the Dorsey & Whitney Foundation and augments work of public media organizations, including Minnesota Public Radio News and Marketplace. Its explicit goal is fostering an engaged and informed democracy.

The Research Lab’s projects are markedly ambitious—such as the recent Representing US Project, which offers a range of online tools for accessing granular data relevant to the 2018 midterm elections. Statistical breakdowns include deep dives into the 435 seats up for election in the U.S. House of Representatives, with information on districts’ racial demographics, educational and economic numbers, and complex voting histories. The information enables insights into generational voting patterns that can spur more complex journalistic perspectives— and it’s also geared toward legislators themselves, who can gain insights into their own constituents, as well as regular citizens looking for enhanced knowledge about their communities.

While the analysis and research are geared toward journalists and civic leaders, most of the results are user-friendly and available to anyone on the internet—a hefty counterweight to today’s quick takes and half-truths.

Contentious debates about raising the minimum wage are taking place in major cities across America, marked by a level of intensity that reflects the range of players and stakeholders involved. In St. Paul the issue is under deliberation by its city council and mayor, with some business owners and executives opposing service and restaurant workers.

The St. Paul Minimum Wage Committee, an independent group convened by the Citizens League in May to study the impacts of a higher minimum wage in the city from a variety of perspectives, finished its 14-week work in mid-August and has delivered its recommendations in the form of a report.

The committee comprised 21 volunteer members from areas including academic study (officials from the University of Minnesota and the University of St. Thomas), nonprofits (officials from the Minnesota Council of Nonprofits and the Science Museum of Minnesota), and business (including a cook working at both McDonald’s and Taco Bell, and restaurant and café owners) as a study group; its goal was to offer balanced insights into an issue that has been contentious in Minneapolis.

“The Citizens League’s role was to help the committee members be as well-informed as possible,” says the League’s policy director, Angelica Klebsch. “We facilitated learning, gathering resources, and finding experts who could come and speak on short notice.”

The group spent more than 33 hours of in-person meeting time discussing topics including the number of hours a person would be required to work in order to qualify for a raised minimum, what resources would be required to implement the measure, and whether an exemption would be carved out for tipped employees. The final report contains three scenarios for consideration, with each receiving between 43 and 77 percent support from members. (The plan to send all three options to the city received 100 percent support.)

Each scenario recommends the implementation of a $15 minimum wage for workers, indexed to inflation, as well as recommending exemptions for youth training programs and disability employment programs. Only one scenario recommends tip credit for full-service restaurants, and then only for a trial period. Phase-in times for each proposal vary, with the most popular proposal suggesting seven years for small businesses and five for large businesses.

“We all do want the same thing—to balance the needs of businesses with workers,” says Citizens League executive director Pahoua Hoffman. “This has been a process that should give all of us hope—that people are still willing to come together with people they disagree with for four months to get progress and move forward.”

National demographic trends such as longer life expectancies (increasing nearly 30 years on average since the dawn of the twentieth century) and delayed parenting (often until the midto-late thirties) have converged to create what is called the Sandwich Generation—caregivers who bear responsibility for their own children as well as elderly parents.

With support from the Bush Foundation, the Citizens League will be leading a project, which will be mapping resources available to support the Caregiving Sandwich Generation across a range of communities and demographics.

“We’re asking caregivers about their biggest fears, as well as what’s satisfying about providing care,” says Citizens League executive director Pahoua Hoffman. “We’re not asking for a lot of time and effort from caregivers, but we’re collecting their feedback. Honestly, this is a group that doesn’t have a lot of time to spare.”

In partnership with the We need to know the gaps, and we need a robust caregiving support system in place—this will be more true in 2025 than ever before.”

University of Minnesota and the Wilder Foundation's Healthy Aging and Caregiving Services, the project leverages preexisting community relationships in a model of community engagement that’s more nimble and less time-intensive for participants than the study committee model (fewer meetings and less overall time engagement). After gathering data through interviews and observation, the project intends to test key solutions with an emphasis on maximizing community talent and expertise.

“We know this hasn’t been done. No one has really mapped out what resources are out there for caregiving support,” Hoffman adds, placing the project in the context of other aging-related work the League has recently pursued. “We need to know the gaps, and we need a robust caregiving support system in place— this will be more true in 2025 than ever before.”