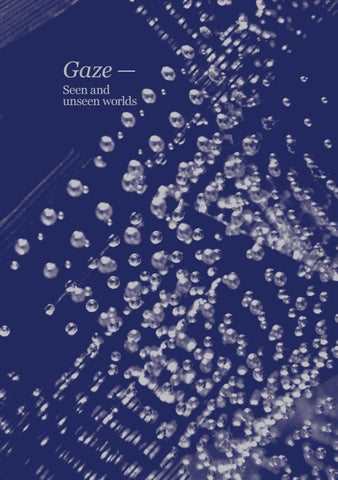 This exhibition of intricate glass sculptures by Shelley James explores the frameworks that shape our perception.

The greatest show on earth. The circus captures our gaze and leads us to explore the threshold of what is possible. With the creation of the three ringed circus by P.T.Barnum in 1881, it also tested the boundary of our visual perception. Impossible to take in at once, this panoramic spectacle left the audience with an impression of the whole, which danced on the fringe of their vision. Shelley James's intricate glass sculptures both hold and confound our gaze. They play with our understanding of form and rhythm, exploring the visual pathways that enable us to create a coherent world from a flickering stream of ambiguous cues. We are asked to question what we see, to examine the dialogue between perception and experience, eye and brain. The work on show looks at the complex patterns woven into the fabric of reality. To encapsulate these different symmetries, James has developed new techniques. These include printing in hot glass and fusing folded planes together before carving precise geometric forms using a masonry saw and traditional coldworking techniques. These crystalline, illusory spaces transfix and disorient. They embrace the fugitive nature of spatial perception â&#x20AC;&#x201C; uncertain and unbound â&#x20AC;&#x201C; to investigate the tension between internal structure and external form. Her work invites us to query the frameworks of our own perception and explore the boundaries between appearance and expression, material and virtual space.

Shelley Jamesâ&#x20AC;&#x201D; My inspiration This exhibition presents different dimensions of an ongoing fascination with the fugitive and contingent qualities of visual perception, particularly the experience of space. A head injury ten years ago forced me to retrain my brain to filter and organise the flickering flow of signals from my eyes - quite literally, to see the world from a different perspective. This research led to the decision to shift my focus from corporate identity design to consider the vital role of personal identity, experience and expectation in perception. Particularly, in the way we look and the things we see; and those we overlook. An MA in Bristol introduced me to the wonderfully versatile, expressive medium of glass along with basic techniques to combine its optical, material qualities with the precision and graphic impact of print making. Transparent and permeable yet solid and reflective, precious yet ubiquitous, glass constantly generates fresh and surprising connections between object, viewer and context. It is the perfect framework for an exploration of space, both literal and metaphorical. The journey so far has led to Residencies and Masterclasses at the National Glass Centre in Sunderland, Northlands Glass Centre in Scotland, the Corning Studio in New York and an AHRC-funded PhD at the Royal College of Art. Conversations with curators and crystallographers, philosophers and psychologists, mathematicians and musicians are a constant source of new and inspiring perspectives.

Resonance— Son et lumière To complement this exhibition, Shelley James has collaborated with composer Dr Scott Mc Laughlin to create an immersive luminous score for a live musical performance, which will premiere at the Private View. James’s glass sculptures provide the foundation for a luminous score composed by Mc Laughlin and interpreted by the bass player Dominic Lash. The piece is comprised of five brief movements, each using a different glass sculpture selected from the exhibition. Each sculpture is placed on a gently revolving turntable and Mc Laughlin directs a beam of light through it to project a kaleidoscope of reflections and refractions. Lash, surrounded by an array of glass panels, responds to these patterns live, working within a tonal framework pre-defined by Mc Laughlin. There are five movements in total, each lasting a few minutes, with a pause in between each. The performance can be enjoyed either as an individual movement or an entire composition. This collaboration between James and Mc Laughlin explores the idea of resonance, the connection between waves of light and sound – dynamic frequencies that can profoundly move and enlighten. We have filmed this one-off performance and it is available to watch at circuslondon.com.

Symmetriesâ&#x20AC;&#x201D; Frameworks of perception Three series of glass sculptures form the body of this exhibition, which looks at different approaches to understanding how we perceive the physical world: from two dimensional patterns to three dimensional forms and onto four dimensional tessaracts. The first series, Plane Symmetries, is a new body of work commissioned by UBM to launch the Future Heritage Foundation in August 2015. These glass panels combine the graphic precision of print with the optical and material qualities of glass to disrupt our spatial perception, with patterns that create depth, tone and movement. The following two series of glass sculptures have been created in collaboration with crystallographer Professor Brian Sutton, supported by the Arts Council England.

Essential Symmetries, developed as part of the Jerwood Maker’s Open commission, is inspired by the geometry of archetypal forms - Platonic Solids - and their association with elemental forces. The cube represents the earth; the piercing angles of the tetrahedron represent fire; the ‘droplet’ form of the octahedron is connected to water; the floating icosahedron relates to air; and finally the dodecahedron captures ‘aether’, which Plato associated with the heavens. Five Fold Symmetries builds on the ideas and techniques used to create the Platonic Solids. It explores the dynamic five-fold symmetry of quasi-periodic lattices, as described by Sir Roger Penrose: interlocking patterns that extend to infinity without repetition. First discovered in a meteorite by Nobel prizewining crystallographer, Dan Schectman, this new type of structure has become a source of fascination for both scientists and philosophers alike, as it raises the fundamental question of entanglement: how does each atom ‘know’ how to position itself in order to maintain this perfectly regular disorder?

Shelley James— Trained in textiles, at the École Nationale Supérieure des Arts Décoratifs in Paris, Shelley pursued a career in corporate design for international clients including Visa International, Shell and Habitat. Deciding to explore the themes of perception and reality from a more personal perspective, she studied Printmaking at the University of the West of England, developing new techniques for encapsulating prints in glass with support from the National Glass Centre in Sunderland and Arts Council England. An ongoing Residency with the Bristol Eye Hospital and PhD research at the Royal College of Art in London has led to a number of collaborative projects and commissions to explore the intersection between material and virtual space. Recent exhibitions of Shelley’s work include the MRC Centenary ‘From DNA to the Brain’ at Somerset House, and the international touring ‘Illusions’ exhibition with the Science Gallery, Dublin. Commissions include the Jerwood Maker’s Award, the launch of the UBM Future Heritage Foundation, an installation for Moorfields Eye Hospital International Year of Light and research projects with Institute of Philosophy at University of London and the Institute for Advanced Studies at Bristol University. Her work is in public and private collections in the UK, the USA and China including the Gordon Museum, the Corning Studio and East and West Communications. A Mentor on the Crafts Council Make:Shift Programme, she currently teaches at the Institute of Making at UCL.

Dr Brian Sutton— Brian Sutton is Professor of Molecular Biophysics and Head of Structural Biology at King’s College London. He studied chemistry at Oxford University and then trained in X-ray crystallography for his doctorate; he currently applies crystallography to study the structure and function of antibodies involved in allergic diseases, in particular asthma, to develop new therapeutic agents. His title, Professor of Molecular Biophysics, reflects the synthesis of chemical, biological and physical science that X-ray crystallography, and his research, encompasses. Sir Roger Penrose (b.1931)— An English mathematical physicist, mathematician and philosopher of science, Roger Penrose is the Emeritus Rouse Ball Professor of Mathematics at the Mathematical Institute of the University of Oxford, as well as an Emeritus Fellow of Wadham College. Penrose is known for his work in mathematical physics, in particular for his contributions to general relativity and cosmology. He has received several prizes and awards, including the 1988 Wolf Prize for physics, which he shared with Stephen Hawking for their contribution to our understanding of the universe.

Dr Scott Mc Laughlin (b.1975)â&#x20AC;&#x201D; Scott is a composer and improviser based in Huddersfield, UK, and born in Ireland (Co. Clare) in 1975. He lectures in composition and music technology at the University of Leeds. His research focuses on contingency in the physical materiality of sound and performance, combining approaches from spectral music and experimental music with dynamical systems theory to explore autopoiesis and recursive feedback systems in constraint-based open-form composition. His debut CD "There are neither wholes nor parts" was recently released on Ergodos Records. Dominic Lash (b.1975)â&#x20AC;&#x201D; Dominic is an Oxford based double bassist and a central figure in the musicians' collective Oxford Improvisers. Important long-term musical collaborators include Angharad Davies, Bruno Guastalla, Alexander Hawkins, Tim Hill, Steve Noble, Samantha Rebello, Pat Thomas, Philipp Wachsmann and Alex Ward. Recent work includes a UK tour with US guitarist Joe Morris, Australian drummer Tony Buck (of The Necks) and saxophonist Tony Bevan. Festival appearances have included the Manchester Jazz Festival, Akbank Jazz Festival (Istanbul) and Tampere Jazz Happening.

Circus: in collaboration— Taking the circus as its inspiration, this year's programme has provided an arena for new ideas and memorable encounters. Each show has captured the power of ideas in action, be it through choreography, sculpture, ceramics or photography. We have examined the power of the star performer, the Hollywood Icon, though the ventriloquism of Sarah Duffy; the pedestrian choreography of everyday life in the interactive installations of Nic Sandiland; and the relationship between the body and space in the aerial performance of Gisele Edwards, who transformed herself into a mobile sculpture. We have challenged fine artists to look at their work through the lens of the circus, and circus-based artists to capture their live performance in fine art photography, film and sculpture. Contemporary Applied Arts continues to be our cultural partner and together we have mounted two exhibitions. The first, a group show, celebrated the elastic mind, free from constraint. Whilst the second, a solo exhibition of Fenella Elms's remarkable ceramic sculptures, looked at the fluid rhythm of individual bodies working in formation. Highlights of next year's programme will include an exhibition of textile art with Contemporary Applied Arts that captures the here and now – weaving threads of time – and a new body of work by Jonathan Nosan, a contortionist and ceramicist from New York. 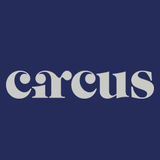 Gaze, by Shelley James, is an exhibition of intricate glass sculptures exploring the frameworks that shape our perception.

Gaze, by Shelley James, is an exhibition of intricate glass sculptures exploring the frameworks that shape our perception.