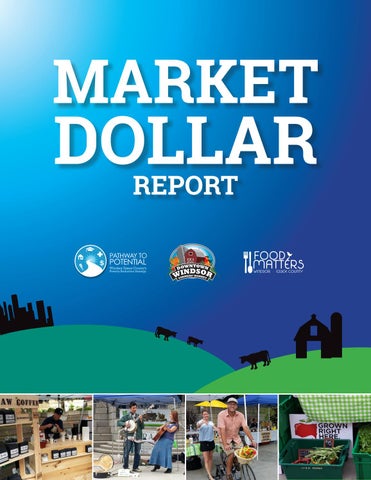 “Market dollars…gave me a boost to my fresh food spending.” -Market Dollar User

Primary Program Goal: To increase access to and consumption of fresh, healthy, local food by Windsor residents on Ontario Works.

Executive Summary Windsor-Essex is one of many communities across Ontario that are exploring and evaluating alternative methods of food distribution for residents on low or fixed incomes.

Preferred solutions to increasing access to healthy, nutritious food will be implemented in a manner that maintains dignity, builds health and community, and challenges inequality. In seeking longer-term “justice” solutions as opposed to short-term “charity”, we anticipate a paradigm shift as individuals and families discover opportunities to establish selfreliance, sustainability and empowerment over their own food procurement.

anticipated benefit of the program, was an increased connection to community by some of our most vulnerable residents.

Pathway to Potential (P2P) and Food Matters Windsor Essex County engaged in six months of research and discussions with other communities involved in similar programs across the province. The outcome was a partnership with the Downtown Windsor Farmers’ Market to launch a pilot Market Dollar program. While the primary goal of the Market Dollar program was to provide lower income families and individuals with opportunities to purchase nutritious food, we anticipated the program would also benefit local producers and markets by promoting and supporting their products. Another valuable, although secondary

In July 2013, $10,840 was allocated to the Market Dollar program through a grant from United Way Centraide Windsor-Essex County in the amount of $10,000 and a donation from the City of Windsor’s Social Services Senior Leadership Team in the amount of $840. A total of 10,620 market dollars were distributed over the course of the Downtown Windsor Farmers’ Market season, July through mid-October. Market Dollars were provided to 531 families or individuals living within walking distance of the market. In all, 307 households redeemed market dollars for a total of $5,774. Participants used their market dollars primarily to purchase fresh local vegetables, meat, fish and baked goods. Overall, stakeholders indicated they felt the program was successful. Funding for the program evaluation was secured through the Healthy Communities Fund- Partnership Stream from the WindsorEssex County Health Unit. This report sets out the outcomes of the pilot project.

In addition to covering the cost of the program evaluation, the WindsorEssex County Health Unit provided in-kind contributions, including staff support and expertise for the Market Dollar project.

On-location photography for this report was provided by Steve Green and Adam Wright.

Background Pathway to Potential (P2P) led a partnership with Food Matters Windsor Essex County and the Downtown Windsor Farmers’ Market to conduct a pilot Market Dollar program for the summer of 2013. The primary goal of the project was to develop a new layer of support to those in the community who struggle with food security and increase access to and consumption of affordable, fresh, healthy local food. The project was also designed to encourage all residents of Windsor-Essex to engage in healthy community life. A secondary goal was to increase exposure and revenue for local farmers while increasing familiarity and comfort with shopping at a farmers’ market. Market dollars, equivalent to a monetary value of $20, were printed and allocated for distribution through three separate channels. To reduce the possibility of stigma attached to the use of the market dollars, and ensure that vendors could not identify the source of the market dollars, they were allocated for distribution as follows: 75% distributed for free through the City of Windsor Social Services Department; 5% provided to the Homeless Coalition for a downtown panhandling initiative being conducted during the summer months*; and 20% were available for purchase at the Downtown Windsor Farmers’ Market, although this was not widely promoted. To encourage use of market dollars for purchasing nutritious food, they could be exchanged only for products sold at the Downtown Windsor Farmers’ Market. They could not be redeemed for cash. Vendors were instructed to round up or down to the nearest

dollar and not to provide change. To further ensure use of market dollars, distribution was limited to those who live within walking distance of the market or who identified that they are previous or frequent market users. Market dollars were numbered and tracked for redemption source and also cross-referenced to identify the products category redeemed for, e.g., fresh vegetables, meat/fish, baked goods, jams or preserves. Ease of use was paramount. To reduce barriers and encourage vendor participation, the Downtown Windsor Farmers’ Market was provided with a $500 float that was managed by the market manager.

Self-Reported Likelihood of Future Program Use

Both qualitative and quantitative data was gathered and analyzed to evaluate the success of the program. Data for analysis of the initiative included tracking forms and surveys with social services, vendors, market dollar users as well as market management and volunteers.

Methodology depended upon the demographic:

•M arket Dollar Users – Surveys were distributed to collect information and narrative feedback on the program’s effectiveness and impact over family food sovereignty. • V endors and Market Management – Online and written surveys, personal interviews and direct observation at the market were used to learn whether participants felt the structure of the program was easy to use. • Ontario Works Staff – An online survey of those workers who distributed the market dollars to ensure the program integrated into their daily work without difficulty.

Respondents from single-family households (with and without children)

Market Dollar User Feedback In addition to the $20 in market dollars, all market dollar recipients were provided with a survey to complete and submit at the Downtown Windsor Farmers’ Market. A total of 307 households used their market dollars; however, only 22 completed the evaluation survey and returned it at the market. An incentive of a chance to win one of two $50 gift cards was used. The following are findings from this survey:

The following breakdown shows how much money, including market dollars, respondents reported spending at the market on the day they submitted the survey: No Answer

64% indicated that using the market

dollars made them feel a part of their community

86% indicated their visit to the

More than 90% of participants

they would participate in the Market Dollar program again

market while using their market dollars

54.5% When asked what else they would like to see at the market, responses included more fruits and vegetables, more meat, more vendors, more variety, and more organic vendors. See page 22 for demographic breakdown of market dollar users.

Would financially support if offered again

Would not financially support if offered again

Number of Administrators Responding to Survey

Of those who responded to the survey, 50% liked the process and 61% thought the distribution method worked well. When asked about the criteria to determine recipients of the market dollars, 44% would not change the criteria, 33% would change the criteria, and 28% were unsure. Respondents received no negative reactions to the program from clients, 61% received positive feedback, and 39% were indifferent or unaware of response. The $20 market dollar amount was considered fair by 86%, while 10% recommended the amount be raised to $50. Recommendations for improvement included making the program available to those not within walking distance (28%) and 4% recommended offering the program only to singles, couples, or sole support parents with dependent adults

Participants Who Would Participate in the Market Dollar Program Again

Our secondary goals were: • Increase exposure, revenue and support for local farmers’ market vendors Outcome: The program injected 5,774 dollars into the Downtown Windsor Farmers’ Market’s income stream. • Increase familiarity with and comfort shopping at the farmers’ market Outcome: More than 90% of participants surveyed indicated that they would return to the Downtown Windsor Farmers’ Market.

Participants Who Would Return to Market Again

Limitations to Evaluation Data Barriers to Market Dollar Access and Redemption Rate NOTE: The City of Windsor changed the hours of market operation on Saturday, September 28 to accommodate a Veteranâ&amp;#x20AC;&amp;#x2122;s event. Although the City made efforts to ensure the public was made aware of this hours of operation change through social media, flyers, public service announcements, 311 and e-blasts, redemption rates were still significantly lower than in the previous four weeks. This could be as a result of the signs at the market advising of the change being removed from the site between 10:30 am and noon (peak market hours). As a result, redemption of market dollars was low that day at only 124 (average from four weeks prior was more than 1000). Emails and phone calls from residents over the next week asking whether the market had closed for the season suggested that this confused market-goers and negatively impacted the program. Using the average of the four weeks prior to the September 28 time change, the period when all market dollars had been distributed to the community, it can be reasonably estimated that, had the hours change not occurred, the program would have achieved an 80% redemption rate. Should a conflict arise in future, it is recommended that clear signage remain throughout the day.

Lessons Learned 1. Community organizations/groups including Food Matters, Pathway to Potential, The Downtown Windsor Farmersâ&amp;#x20AC;&amp;#x2122; Market and Social Services have the capacity and are committed to working together even with short timelines. 2. Given the heavy caseload of Ontario Worksâ&amp;#x20AC;&amp;#x2122; staff, an alternative distribution channel should be explored if the program is to continue or expand. 3. Partnerships with other aligned organizations and groups such as neighbourhood food banks and direct service providers will be critical for their ability to focus on client engagement and access. 4. More market dollars should be sold to the general public to promote buying local and to remove the potential stigma that could be associated with redemption by lowincome groups only. 5. Market management should be engaged throughout the entire process to ensure the vendor and market perspective is represented. 6. Distribution of market dollars should take place through direct, face-to-face interaction between distributors and users. This will provide users with greater clarity about how the program works, and could help increase their survey response rate. 7. A fund should be developed to plan for the possibility of a maximum redemption rate. 8. Vendors must continue to be reimbursed same day as market dollar use. 9. Additional resources are needed at the market to track and collate the data for better management and broader feedback. 10. Additional resources would be required to more efficiently enter the data if the program continues.

Demographic data collection of market dollar user survey respondents Of the 22 users who responded to the survey, 9 were male and 13 were female. Nineteen were single and 3 were married/common law. Twelve indicated they had no children in the household, while 9 indicated they had 1-4+ children.

Vendor Report and Feedback All 46 Downtown Windsor Farmers’ Market vendors participated in the Market Dollar program. Seventeen vendors provided feedback. These were 4 produce, 2 meat/fish, 5 baked goods and 6 “other” – 3 food related, 3 non-food related. Almost all market dollars were spent on fresh produce, meat and baked goods. Breakdown of respondents is as follows: Which best describes you as a vendor at the Downtown Windsor Farmer’s Market? Answer Options

â&amp;#x20AC;&amp;#x153;It is a wonderful program and the timing was great for back to school when we really got into it.â&amp;#x20AC;? -Market Dollar Distributor

Pathway to Potential's Market Dollar Report - a report to the community on the need for "market dollars," discount coupons for fresh food at the Windsor's Downtown Farmer's Market. 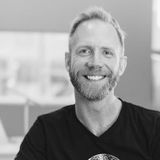