Hyper 20XX A funny thing happened on the way to the new millennium… Over the decades we penned tale after tale of our impending destruction, of how human civilization would collapse or we would find ourselves trapped in horrific dystopias. We became obsessed with imagining our own decline. We dedicated barrels of ink and miles of film to these adolescent dreams- born and bred with such speed and breadth as a naïve reaction to whatever small technological or cultural pattern bothered a set of parents or children on that given week. And then, with these countless narratives snowballing and ingraining themselves in popular consciousness, with momentum building towards singularities of technoslavery or mutually assured destruction— every single one of these stories became simultaneously true and false. Science fiction no longer exists because the future no longer exists. The dreams of every anime epic, every 80s cyberpunk romp, every computer game where slaughter is both fake and omnipresent, every post-World War III struggle to survive, every Ballardian or Orwellian vision of a finished society—they all came to fruition in our everyday lives. We have already survived the creation of killing flying robots, the decline of Westphalian nation-states as organizations able to protect their citizens, corporate armies, hacking supergroups, computer viruses capable of wreaking havoc on physical infrastructure, and virtual fantasies of unparalleled death bringing the escape of brutal combat to a largely unemployed generation of disaffected youth. All of these things exist and yet… Actual rates of violence, across the globe, continue to plummet. At the same time, the new media landscape allows our awareness and knowledge of violent acts to reach unparalleled heights, driving unparalleled fear alongside unparalleled apathy. In this, our crowded and crowding and greying planet, something changed. Our stories meant as dire warnings about the path of the present became something else entirely. They became fantasies. We read them and view them and play them out of wish fulfillment. Zombie infected wastelands, deserted radioactive shells of former cities, ecologically ravaged continents, brutal oppressive fundamental dystopian regimes, haunted inescapable virtual realities filled with constant death and flying bullets; these have all become places we would like to visit. A grasp for meaning in a world too chaotic and too safe, decentralized and sprawling and too difficult to find absolutes. Yet though they are now are dreams, they are also still our nightmares…

It is in this space that we find Mark Price’s work. The terrifying can be beautiful. Dire horrors can broadcast a graphic design sensibility that would make Madison Avenue drool. His landscapes are not just landscapes but creatures. Geologies are membranes. The biological is mechanical. Blood is fire. Screens are nowhere and everywhere. The images reflect a world where the rate of information exchange has sped up to a point where it is impossible to imagine what life was like before. Space is a function of speed. Text screams from both shiny signage and camouflaged positions. Message and medium completely merge into unrecognizable arrangements. Remixes of ultra-networked graphic design, portraits of decaying humanity, Dante-esque landscapes of a descent into a new hell, concept art for a new architecture, visual representations of digital movement, freeze frames from damaged screens, collages of warning signs and alarm bells, trapped vignettes from unwakable dreams, symphonies of noise and caution, well-written poetic dialogues on the perils of contemporary chaos, diatribes where all realities exist simultaneously—Mark Price’s work can be all of these and none of them all at once. 20XX, the year of our lord two-thousand and ERROR – 020, brings these images into a fold where medium and message shift along with scale and space. Price’s visual world consists of both appropriated scenes and personal machinations of pure imagination. In it are fragments of collected, distorted, and replicated artifacts—an arrangement of shadows in a parking garage, the sinister implications of a computer error message, and the menacing pattern of caution paint at a Hong Kong toll plaza. You can see a collection of these at http://twenty-xx.tumblr.com. Of course, there are also dominating figures and structures that do not belong to our readily apparent world. Devious beings and stranger spaces wrought from total imagination that almost have a demonic disposition, a new and distinct aesthetic to torture or enthrall with chaos or danger. The result of this combination is a hypnotic tour of where our psychological and information architecture collide. 20XX is an invitation to traverse through territories of accelerating obsolescence, cities and lands both known and unknown— to stare at screaming neon placards of our collective fears and then to gaze into depicted voids that somehow resonate with boundless energy—and remain unscathed.

About Mark Price Mark Price (b. 1981, Detroit) lives and works in Philadelphia. His work has been featured in group exhibitions at the Yerba Buena Center for the Arts in San Francisco and the Institute of Contemporary Art in Philadelphia. In 2009 his work was selected by curator Aaron Betsky for inclusion in the internationally recognized Confines exhibition at the Institut Valencia d’Art Modern. Price has held one solo exhibition at CHRISTINA RAY in New York. He is a member of the Philadelphia-based artist collective Space 1026. KESTING / RAY is an innovative gallery and creative catalyst in New York. Our mission is to discover and advance the most important contemporary artists transforming concepts of space and identity.

KESTING/RAY is pleased to present Hyper 20XX, the second New York solo exhibition for Philadelphia-based artist Mark Price. In a new series of meticulously-cut and super-color-saturated collages incorporating screenprinting, painting and photography, Price packs multiple moments into single frames stuck in the endless loop of an inescapable present. The exhibition opens on February 9th and runs through March 4th. A reception will be held on Thursday, February 9th, 7–9pm at KESTING/RAY (formerly CHRISTINA RAY), located at 30 Grand Street, New York. 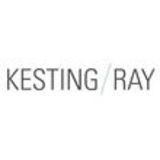