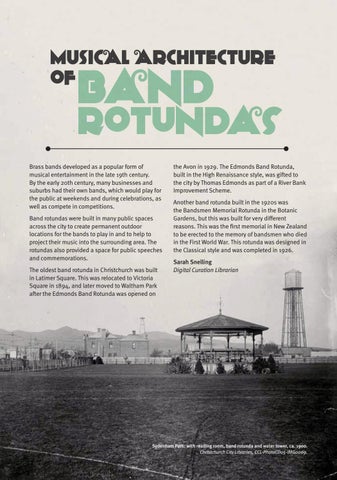 Brass bands developed as a popular form of musical entertainment in the late 19th century. By the early 20th century, many businesses and suburbs had their own bands, which would play for the public at weekends and during celebrations, as well as compete in competitions. Band rotundas were built in many public spaces across the city to create permanent outdoor locations for the bands to play in and to help to project their music into the surrounding area. The rotundas also provided a space for public speeches and commemorations. The oldest band rotunda in Christchurch was built in Latimer Square. This was relocated to Victoria Square in 1894, and later moved to Waltham Park after the Edmonds Band Rotunda was opened on

the Avon in 1929. The Edmonds Band Rotunda, built in the High Renaissance style, was gifted to the city by Thomas Edmonds as part of a River Bank Improvement Scheme. Another band rotunda built in the 1920s was the Bandsmen Memorial Rotunda in the Botanic Gardens, but this was built for very different reasons. This was the first memorial in New Zealand to be erected to the memory of bandsmen who died in the First World War. This rotunda was designed in the Classical style and was completed in 1926. Sarah Snelling Digital Curation Librarian 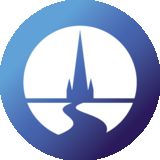