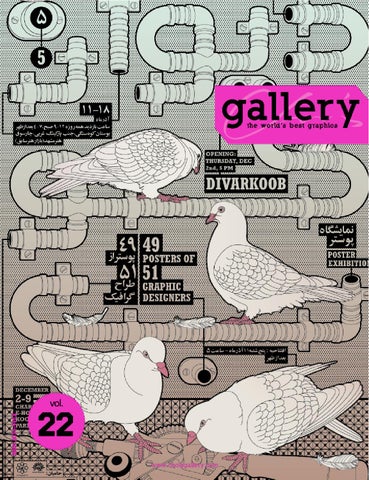 a movie in Pasaka people break up, get closer, start

hating each other or fall in love completely. After all,

where movies are handpicked and usual Hollywood

love and hate are just one movie apart.

It is the first time we created the style and characters

If you want to know your friend or lover better - show

him or her a good movie. That's why after watching

Absolut 100 The product is a black bottle with white type. I stuck to those colours and developed a stylised motion piece emphasising the unique product.

solutions through food. The project is initiated by

The Atelier Food still life is built on a grid. The still

international top chefs such as Stefan Eriksson and

life represents the work of Atelier Food and the

leading people from branches such as communication,

connection between food and society. It links the

playfulness and creativity within the project with the

Atelier Food is represented by its on-going workshops

and as a restaurant based in the heart of Stockholm,

Brazil Burst The world of Havaianas always highlights the many colours, joyfulness and sexiness of Brazil. A burst of elements coming from the flip-flop forming this composition offers plenty of details to look at.

Serpent Card Graphic Design Studio by Yurko Gutsulyak continues their 'oriental series' of New Year cards with 2013 serpent card. The serpent card is a live greeting that can turn into a decorative garland of almost two metres long. Each of the 100 cards has its unique combination of colours and individual number.

K*RVI K*RVI Bar is designed to be a comfortable living room for the urban customer. Both branding and interior elements are aimed to have an individual look to avoid the commercial feel of chain bars.

_ Chwast's Artone India Ink 'A' appears on the opposite wall.

14 Official Protection Housing The project combines preexistences and urban development conditions, to interact with the users' way of life.

around a table, each person draws their own part

every year. In 2012 the theme was co-creation. There

without seeing what else has been drawn. The end

is an old game invented by the Surrealists called

result is something interesting with the sum of its

the 'cadavre exquis'. A folded piece of paper is passed

parts. The identity is based on this idea of co-creation.

around and standards are dropping: fake beards, bad

the re-design section of their magazine. Belief in

hats and ludicrous clothes have started to appear.

Santa Claus is at an all time low. Confused by the

It's time for Santa Claus to get his act together. We

thousands of different Santa's out there children don't

felt that he needed a facelift and some guidelines to

know what to think. They notice the Santa from the

protect his identity rather than a complete rebrand.

With the help of some rules and regulations plus a few

new gimmicks Santa can reconnect with the children

park. There are too many versions of Santa going

of today and recapture some of his lost credibility.

Wexler Wexler is one of the leading Russian digital electronics

explains. The eye-like logo is an active element and

packaging. 'It's all personal!' - this is the way the new

brand sounds: this phrase was taken as the slogan of

used as stylistic elements designed in a retro trend.

the brand. Wexler's new identity is innovative and outstanding. 'We tried to create an identity that wouldn't look 'technical', since gadgets aren't just technological tools for today's generation, they have already become a part of everyday life, like jeans or morning

Fogg Fogg is a global Internet access solution. With Fogg

and space which brings depth in both print and digital

travellers can stay online while travelling with a

format while maintaining its poetic essence.

Also in charge of print production, Bunch was able

Bunch developed the identity based on the brand

to produce materials with great attention to detail,

directions that were conceived by Kurppa Hosk studio.

where the 'borderless' theme is explored not only

A stark and somewhat technical visual foundation is

through typography and visuals but also materials,

complemented by an inspiring blob â&#x20AC;&#x201C; while digital in