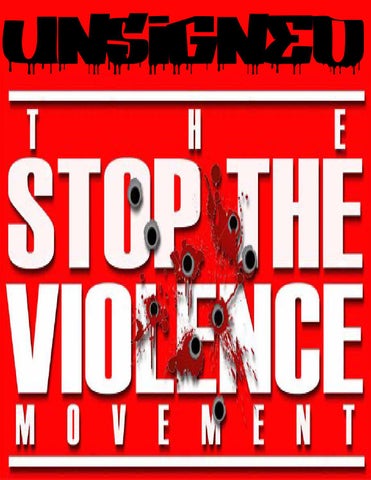 apper, songwriter. One of today’s most talented hip-hop artist, Jae’Osh was born Joshua Tremaine Howard on July 8, 1986, in Chicago, Illinois. Howard grew up on Chicago’s drug-infested and gang-affiliated West-side. Today with nearly 350 songs written such as “Po Out”, “Follow Da Gr8tness, “Somewhere In This World” and “Turning Tables” which famously sampled its chorus from Adele’s (“Turning Tables”) this inaugurates Jae’Osh as an emerging star in hiphop. Jae’Osh found himself in the 2010 edition of the Source magazine along with many other Chicago artists and says he was honored to have friends and family tell him they saw his “mug in the magazine”. Yet in still Jae’Osh’s most acclaimed songs of this period is the heart-felted “The Final Call” which could potentially be named on many music critics’ lists of

the best songs of the decade. These songs marked a significant departure from Jae’Osh’s earlier sound, incorporating stronger rock and soul influences in their production and offering lyrics tackling such mature subjects as what life really is, what it takes to be great, and the perils of fame and fortune. Jae’Osh says he’s trying to adapt his music to befit his growing age. Eager to bring back the “intelligence” of rap and entertain the adult-teen audiences, this thoroughbred Chicagoan has stepped outside the box and is on a verge of becoming a legend. Working with a variety of artists and producers; Jae’Osh is quickly evolving into a hip-hop icon. With idols like Jay Z, 2pac, Biggie, Nas, T.I., Jadakiss, Eminem, Fabolous, and not to mention Chicago’s very own Kanye West, Lupe Fiasco and Common, this Indie artist and T.I. look alike has a sound like no other. www.hesogr8t.com #followdagr8tness @hesogr8t @sogr8tent

passion and love for music. Growing up in a middle class neighborhood surrounded by violence and stereotypes they are definitely not a product of their environment. They hope that there music will soon break the stereotype that’s being held over young African Americans. We try to create music that you wouldn’t normally here, but once you’ve heard it, you love it. Were all about good music a sound that everyone can enjoy. From Rock&amp;Roll to Hip Hop, R&amp;B and Pop. We try to tackle all genres to bring a new style to the music world. Music Video http://www.youtube.com/watch?v=EOLb7UqJd2c More MUsic http://www.reverbnation.com/foreverundefinedfu/song/18565352-ima-beast

Bryan Lamont Dorsey Better known as stage name “3StripeShawty” aka “ Shooter “ is a American Hip Hop recording Artist and Producer from the down the hill neighborhood of Baltimore,Md After Producing Records for other Local Star Rappers Such as DboiDaDome’s - FaceLikeThat .3StripeShawty Signed to independent Label TnT Records in 2013 and Earlier this year May of 2015 joining The GreatGroup. 3StripeShawty Subsequently began working on his debut Ep #CNC-Coke No Cola Featuring artist such as Cochize,LorFlash ,YungNeek ,Polo , TkBlak and More. Release date set to late October.

John “Jay L uck” L uckey was born to sing and write music! He started signing in the church with his mother and grandmother at the young age of four. At fifteen, he began signing in Five Young Men, a group made up of his best friends from school and church. In Five Young Men, John and his band mates focused on building their confidence and developing their often five part harmony that made the ladies swoon. It was in Five Young Men, that John began to build the confidence and “IT Factor” that he would need to excel in the music industry. Singing in the church also afforded John with skills needed to write and create music. His Church background definitely influenced the artist and man he is today. Through his experiences with ALL types of Gospel Music, and his Faith John has become a unique, well-rounded artist. Although he focuses on bringing a fresh and unique sound to the music industry he also studies and admires some major music icons. Some of his major influences were and are: D’Angelo, Jodeci, Stevie Wonder, R.Kelly, Dave Hollister, Boyz II Men, Jaheim, Mavin Gaye, Michael Jackson, Joe and Usher – to name a few. When you love music as much as John, this list goes on and on. By the time he was 21 he was a solo artist writing for himself and others. Present day, he has recorded songs with The Jacka, Lee Majors, E-40, San Quinn, Big Rich, Rappin4-Tay, Messy Marv, Ryda J. Clyde, Berner, Yukmouth, Killa Kease,

and many more artist. His collaboration list continues to grow, as does his skills, his ambition and his drive to make it in the music industry! He is currently performing locally whenever he gets a chance! Keeping his loyal following coming back for more, and his name buzzing in the streets; John is mid-project on some mix tapes with local artist – set to be released in 2014! John recently became a part of Dope Boy Music Group with family member and longtime business partner Axion jaxion, Also known as “DBMG”. A conglomerate of like minds and talents pushing for the same goal. DBMG also has a an album and a mix tape on the way, featuring “ The Bear Trap” and Tandemonium”. John has a solo project titled “Love Ride”, that has been released to ITunes, Amazon.com, rhapsody and more... Also the single from the Ep, “Don’t Understand”, has a video on YouTube. John has also done a his fair share of features in the Bay Area, including Funk Season, Million Dollar Mouthpeice Mixtape, Gwap Gettas Presents the Streets Are Callin’ vol 1., Gwap Gettas vol 2., Paper Bag Money, BoBots, just to name a few! Stay tuned, John “Jay Luck” Luckey III, has a lot to offer, share and show the WORLD...Peace and Blessings! 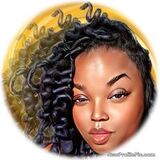