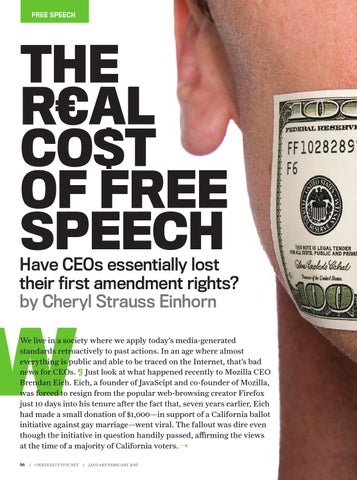 We live in a society where we apply today’s media-generated standards retroactively to past actions. In an age where almost everything is public and able to be traced on the Internet, that’s bad news for CEOs. ¶ Just look at what happened recently to Mozilla CEO Brendan Eich. Eich, a founder of JavaScipt and co-founder of Mozilla, was forced to resign from the popular web-browsing creator Firefox just 10 days into his tenure after the fact that, seven years earlier, Eich had made a small donation of $1,000—in support of a California ballot initiative against gay marriage—went viral. The fallout was dire even though the initiative in question handily passed, affirming the views at the time of a majority of California voters. ➝ 56 / CHIEFEXECUTIVE.NET / JANUARY/FEBRUARY 2015 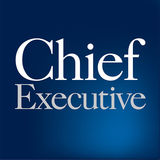