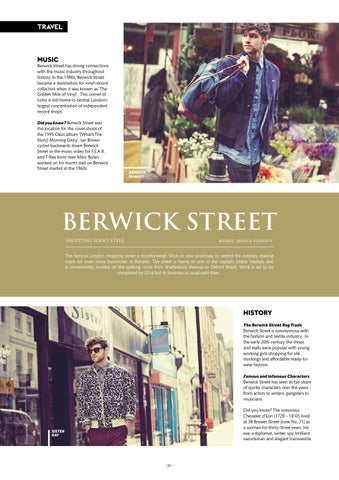 MUSIC Berwick Street has strong connections with the music industry throughout history. In the 1980s, Berwick Street became a destination for vinyl record collectors when it was known as ‘The Golden Mile of Vinyl’.  This corner of Soho is still home to central London’s largest concentration of independent record shops. Did you know? Berwick Street was the location for the cover shoot of the 1995 Oasis album ‘(What’s The Story) Morning Glory’. Ian Brown cycled backwards down Berwick Street in the music video for F.E.A.R. and T-Rex front man Marc Bolan worked on his mum’s stall on Berwick Street market in the 1960s.

This famous London shopping street is transforming! Work in new underway to extend the cobbles, making room for even more businesses in Berwick. The street is home to one of the capital’s oldest markets and is conveniently located on the walking route from Shaftesbury Avenue to Oxford Street. Work is set to be completed by 2016 but its business as usual until then…

HISTORY The Berwick Street Rag Trade Berwick Street is synonymous with the fashion and textile industry. In the early 20th century the shops and stalls were popular with young working girls shopping for silk stockings and affordable ready-towear fashion. Famous and Infamous Characters Berwick Street has seen its fair share of quirky characters over the years – from actors to writers, gangsters to musicians. Did you know? The notorious Chevalier d'Eon (1728 – 1810) lived at 38 Brewer Street (now No. 71) as a woman for thirty-three years. He was a diplomat, writer, spy, brilliant swordsman and elegant transvestite. 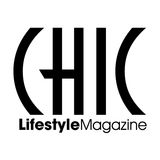