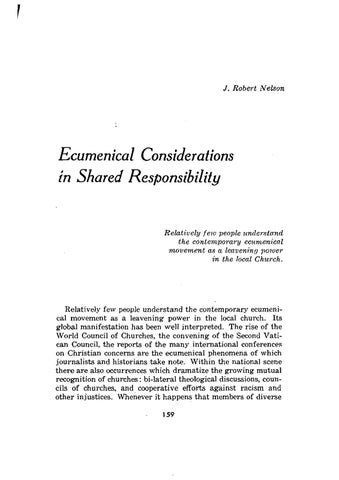 Relatively few people understand the contemporary ecumenical movement as a leavening power in the local church. Its global manifestation has been well interpreted. The rise of the World Council of Churches, the convening of the Second Vatican Council, the reports of the many international conferences on Christian concerns are the ecumenical phenomena of which journalists and historians take note. Within the national scene there are also occurrences which dramatize the growing mutual recognition of churches: bi-lateral theological discussions, councils of churches, and cooperative efforts against racism and other injustices. Whenever it happens that members of diverse 159