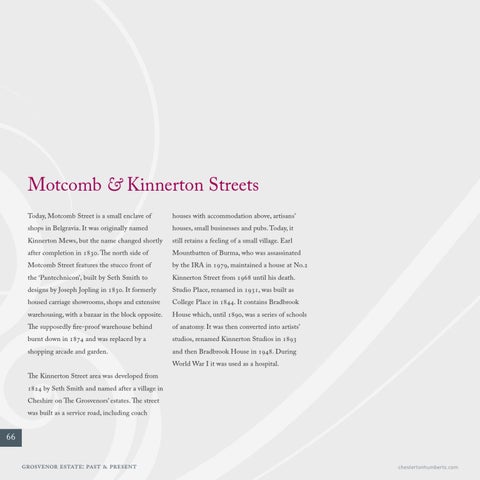 houses with accommodation above, artisans’

shops in Belgravia. It was originally named

still retains a feeling of a small village. Earl

after completion in 1830. The north side of

Mountbatten of Burma, who was assassinated

the ‘Pantechnicon’, built by Seth Smith to

Kinnerton Street from 1968 until his death.

designs by Joseph Jopling in 1830. It formerly

College Place in 1844. It contains Bradbrook

warehousing, with a bazaar in the block opposite.

House which, until 1890, was a series of schools

The supposedly fire-proof warehouse behind

of anatomy. It was then converted into artists’

burnt down in 1874 and was replaced by a

and then Bradbrook House in 1948. During World War I it was used as a hospital.

The Kinnerton Street area was developed from 1824 by Seth Smith and named after a village in Cheshire on The Grosvenors’ estates. The street was built as a service road, including coach 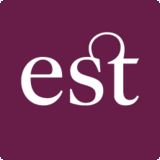 History of the Grosvenor Estate

History of the Grosvenor Estate