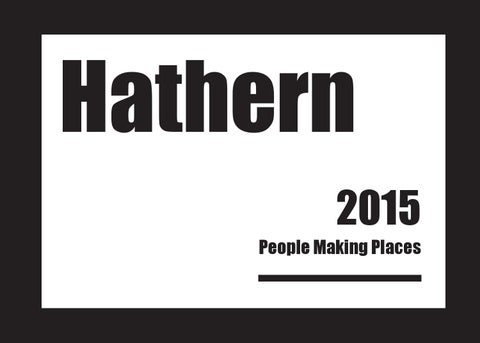 Place Hathern is a working village lying on the A6, three miles north of Loughborough and on the west of the Soar Valley. It stands on the gently rising ground overlooking the Soar Valley in the north west of Charnwood. The village has good arable farmland together with beef and sheep farming in the meadows beside the river. Dishley, the former home of agricultural pioneer Robert Bakewell lies just inside the present parish boundaries of Hathern.

1682-1683 In 1682, Teoman Allsopp, rector of Hathern for 34 years, left an annuity of 24 shillings to be given to the poor of the parish. In 1683, the Manor of Hathern was purchased by Sir Ambrose Phillipps of Garendon Hall.

In 1086, Domesday Book lists Hathern as being in the Manor of Cogewored (Kegworth) "formerly owned by Earl Harold". It seems almost certain that this was, in fact, King Harold II, who had been defeated by William the Conqueror at Hastings twenty years before. The village had its own rector throughout most of the Middle Ages. Farming was always important here and, within living memory, there were eight working farms in the village itself. Zouch Bridge over the Soar was called Sottesbrigge in

medieval times but the present bridge was built in 1793.

17 The plague of the seventeenth century was very hard on Hathern, devastating much of the population.

Andrew Glen, a Fellow of St John's College, Cambridge, became Rector of Hathern in 1694 and was Pastor of Cotes during the Great Plague. Evidence is not completely clear, but it seems that either Glen or his father became a local hero during the ravages of the disease. He remained in the village, dedicated to his flock in the same way as did the more famous Reverend Mompesson of Eyam in Derbyshire. According to the antiquarian Potter, the minister "cheered the victims with the consolation of religion: he fed and tended them while living, and after death, bore them himself to the grave, which his own hands had dug, for nobody else had the courage to go near the stricken".

William Bayley Cocker became curate of Hathern in 1801. He was the first to establish Sunday Schools in the village and tried to put an end to cock-fighting in the churchyard. Framework knitting was always very important in Hathern and remained so well into the 20th century. John Heathcoat, inventor of the bobbin lace machine, was apprenticed in Hathern and married a woman from the village. He installed his machines in the Loughborough Mill he co-owned with Boden and thereby provoked the 1816 Luddite Raid on the premises. After the attack, he abandoned the area and set up business in Tiverton, Devon.

The first hosiery factory in Hathern opened in 1887 and by 1900, about two thirds of the then 1,110 inhabitants were working in the hosiery trade in some capacity. Most were framework knitters, or stockingers, who worked from their own homes or outbuildings. Many of these shops can still be seen in the village. The stockings were usually knitted by men and seamed by women. Hathern still make high quality hosiery today, some by the third generation of family businesses.

In In 1935, Hathern formed part of the Borough of Loughborough.

WICKED No-one knows for certain how and why the phrase "Wicked Hathern" first became attached to the village.

The phrase existed before the 19th century but was greatly reinforced by Edward Smythies, Rector of Hathern from 1859 to 1891. In a series of "open letters" to his parishioners, he quotes several people and situations which gave rise to the unfortunate phrase.

It is not known whether some of the examples he quotes are actual events or "colourful stories" to make a point which is now lost.

In one letter he mentions an event from 1801-2 when a woman called Jones was applying to the Loughborough Magistrates for a liquor licence. The magistrate is quoted as saying to her: "I do hope you are not going to live in Hathern. Pray don't, it is the wickedest place in all the world!"

Another letter quotes a second magistrate, this time from the 1840s, who is supposed to have said: "Hathern, we believe, is a place given over bodily to the Devil; it is past praying for!" A third quote is definitely genuine. It is from Reverend E.T.M. Phillipps, who became Vicar of Hathern in 1808, and is quoted as saying that Hathern was: "a barbarous place... the hold of every foul spirit, a cage full of every unclean and hateful bird".

But other evidence suggests that Rev Phillipps was, in fact, referring to a group of Mormon Missionaries who were operating in the village at that time, not to the villagers themselves. No less unkind to the Mormons, of course, but at least this time the villagers were innocent!

Smythies himself then went on to say: "I fear it has not much improved in our own day" and further letters catalogue "shocking" stories about the village and its people. Exactly why he had such a negative attitude to his charges remains unknown to this day - and Hathern remains "Wicked"! One positive result of the story is the recent founding of Wicked Hathern Brewery and their lasting legacy to the village and drinkers everywhere - Wicked Hathern Bitter! No doubt Rector Smythies would be even more scandalised!

In The parish church is dedicated to St Peter and St Paul and is built of Charnwood stone. Standing in the old centre of the village, parts of the structure date back to Saxon and Norman times.

Most of it, however, was built in the 14th century, although it was much altered and rebuilt in 1861-2, largely in the Decorated style. It

battlements which contains a peal of five bells. The old fixed pews have now been replaced by moveable chairs to maximise the use of the space.

There is also a Catholic Church of the Parish of St Aloysius. This occupies a former United Methodist Chapel which was bought in 1908 for ÂŁ105. Although geographically in Leicestershire, this church comes under the authority of the diocese of Nottingham.

Nonconformity had always been strong here and at various times the village has had Wesleyan, General Baptist, Primitive Methodist and Wesleyan Reformed chapels. Hathern Baptists used to meet in a stockingers' shop before the present chapel on Anchor Lane was built in the 1840s.

VILLAGE The cross stands in the centre of the village which is thought to date back to the 14th century. This is made of Charnwood stone and sandstone blocks. Local tradition says that the shaft was broken during the Civil War but there is no direct evidence for this. It was certainly broken during a gale in 1916 and was later repaired. The cross was the venue for village markets and was used as a rostrum for political meetings in the 1930s. The cross is still the focus of the village and is featured on the badge of the local primary school.

Just 3 miles north of Loughborough, like most villages in this part of the country, farming and framework knitting have been major sources of employment in Hathern. With its abundant buildings, Hathern is a place full of cultural characteristics and well worth visiting.

welcome Just drop by and enjoy the natural views, you will find out its beauty with your own eyes. 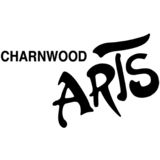 A personal photographic exploration and short history of Hathern produced by students from the National Cheng Kung University in Taiwan as p...

A personal photographic exploration and short history of Hathern produced by students from the National Cheng Kung University in Taiwan as p...