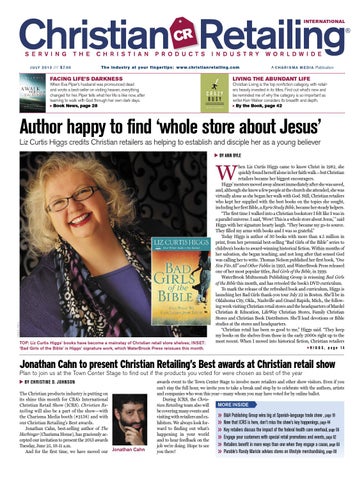 When Eva Piper’s husband was pronounced dead and wrote a best-seller on visiting heaven, everything changed for her. Piper tells what her life is like now, after learning to walk with God through her own dark days. Book News, page 28

Christian Living is the top nonfiction category, with retailers heavily invested in its titles. Find out what’s new and be reminded me of why the category is so important as writer Ken Walker considers its breadth and depth. By the Book, page 42

hen Liz Curtis Higgs came to know Christ in 1982, she quickly found herself alone in her faith walk—but Christian retailers became her biggest encouragers. Higgs’ mentors moved away almost immediately after she was saved, and, although she knew a few people at the church she attended, she was virtually alone as she began her walk with God. Still, Christian retailers who kept her supplied with the best books on the topics she sought, including her first Bible, a Ryrie Study Bible, became her steady helpers. “The first time I walked into a Christian bookstore I felt like I was in a parallel universe. I said, ‘Wow! This is a whole store about Jesus,’ ” said Higgs with her signature hearty laugh. “They became my go-to source. They filled my arms with books and I was so grateful.” Today Higgs is author of 30 books with more than 4.5 million in print, from her perennial best-selling “Bad Girls of the Bible” series to children’s books to award-winning historical fiction. Within months of her salvation, she began teaching, and not long after that sensed God was calling her to write. Thomas Nelson published her first book, “One Size Fits All” and Other Fables in 1993, and WaterBrook Press released one of her most popular titles, Bad Girls of the Bible, in 1999. WaterBrook Multnomah Publishing Group is reissuing Bad Girls of the Bible this month, and has retooled the book’s DVD curriculum. To mark the release of the refreshed book and curriculum, Higgs is launching her Bad Girls thank-you tour July 22 in Boston. She’ll be in Oklahoma City, Okla., Nashville and Grand Rapids, Mich., the following week visiting Christian retail stores and the headquarters of Mardel Christian &amp; Education, LifeWay Christian Stores, Family Christian Stores and Christian Book Distributors. She’ll lead devotions or Bible studies at the stores and headquarters. “Christian retail has been so good to me,” Higgs said. “They keep my books on the shelves from those in the early 2000s right up to the most recent. When I moved into historical fiction, Christian retailers h i g g s , p a g e 14

awards event to the Town Center Stage to involve more retailers and other show visitors. Even if you can’t stay the full hour, we invite you to take a break and stop by to celebrate with the authors, artists and companies who won this year—many whom you may have voted for by online ballot. During ICRS, the Chrismore inside tian Retailing team also will be covering many events and ❯❯  B&amp;H Publishing Group wins big at Spanish-language trade show , page 18 visiting with retailers and ex❯❯   Now that ICRS is here, don’t miss the show’s key happenings, page 44 hibitors. We always look forward to finding out what’s ❯❯  Key retailers discuss the impact of the federal health care overhaul, page 56 happening in your world ❯❯  Engage your customers with special retail promotions and events, page 62 and to hear feedback on the ❯❯  Retailers benefit in more ways than one when they engage a cause, page 66 job we’re doing. Hope to see ❯❯  Parable’s Randy Maricle advises stores on lifestyle merchandising, page 80 you there! 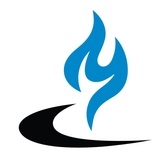