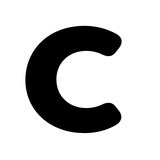 Happy Endings was a call for Charline to look inside themselves, with positivity for once. It takes what people think they know about them, and reiterates what it took to get there.

To the girl who laughed at her own jokes in the mirror;

who had to choose not to be serious because she wasn’t taken seriously;

who mistook her anxiety for an aching belly;

who grew petrified of the meanings of every pinch in her abdomen;

who had holes in her heart of varying shapes and sizes;

who filled those holes in her heart with more holes to be made;

whose hobbies were obsessions; whose friends were extensions of her being;

whose love was oxidizing; whose only goal in life was to be liked, to be loved;

who still held the hands and wiped the tears of those who mangled her mind;

who built a world inside her head meant only to house peace;

who fought with her own body to love itself;

who starved herself for colorless validation and had to learn that she couldn’t starve herself of color;

who once hid her father’s drinks before hiding her drinks from her father;

who craved the crumbling burn she felt in her lungs when she smoked because it meant she was still alive;

who still loses her voice from the throaty screams she forced out to be heard;

who was unheard because her audience knew only of being unheard themselves;

who had never broken a bone, but knew what it meant to be broken;

who understood life as the acceptance of pain rather than the pursuit of happiness;

who perceived every offer of true love as another intangible promise;

who wrote a little bit of herself into every character, setting, and line in her stories;

who preferred sad endings, accepting them as the inevitable and calling it her philosophy:

To the woman who held her face up and smiled before it fell in the mirror in front of her;

who saw the beautiful in the grotesque and humor in every hateful remark;

who put love into every loveless hug she received;

who scraped up what was left of her deconstructed being to refute her self-doubt;

who encouraged herself to distinguish between passion and addiction;

who still craves crumbling the burn she feels in her lungs when she smokes;

who still held people while they cried, unjustly or not;

who choked on her tears before she dare let them fall from her eyes;

who motivated herself to eat until she knew what an appetite was;

who rehearsed the glares she’d throw at every opposition she was met with;

who took advantage of her impulses and went after her dreams time and time again;

who fills the holes in her heart with Pinterest boards, screenplays, and paint splatters; who found the voice to finally say, “fuck it;”

who matched her neon green shirt with cerulean-blue sneakers and bright purple eyeshadow;

who thickened and darkened her eyeliner to ward away the tears;

who tied her shoes together to make herself laugh when nothing was funny;

and wove pinks and purples into her hair to add a little more color into her life;

who finally fucking cried after running from the pain for two years:

Thank you; the story only ends if you put down your pen.

Charline Ochang (she/they) is a second year Film/TV and Philosophy double major at BU, and this is her first semester writing for Charcoal. They grew up in New York, raised by a Zambian mother and Kenyan father. Charline’s greatest passion is storytelling; she is a writer and filmmaker with aspirations to own her own film and television production company, producing independent films and television series. When she isn’t writing or partying with friends, Charline loves to binge movies by her favorite directors and read books recommended by her younger sister. Ego Death especially resonated with Charline and their unique journey through adolescence. 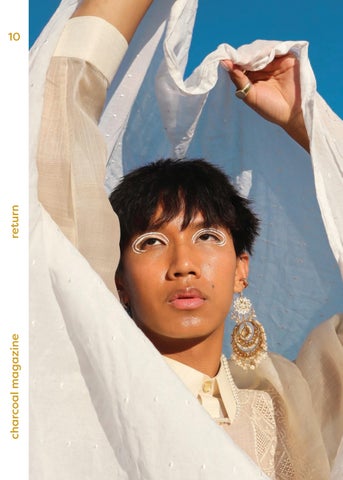