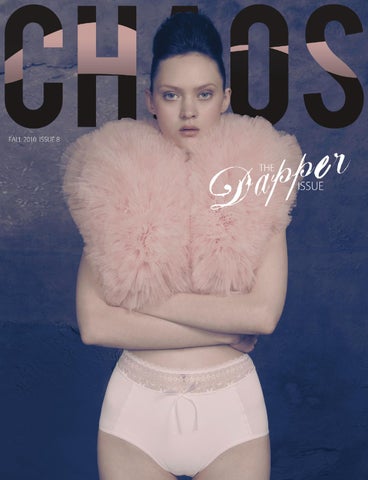 Kelly Howlett A LOVE AND LOSS BROUGHT OUT THE ARTIST WITHIN

Kelly Howlett always had a fascination for comic books. As a 13-year-old girl, she would escape into a world full of superheroes with superhuman powers. Reading about mutant healing powers and drawing comics like artist Jim Lee, helped her cope with her mother’s cancer. After the death of her mother, drawing became Howelett’s outlet. Expressing her grief and telling her personal story, was the focus of her drawings. She created imaginary friends and drew lots of angry girls. Howlett never thought this selfcoping mechanism would lead her down the path to becoming a successful fine artist and illustrator. In fact, Kelly Howlett never wanted to be an artist. “I wanted to be a lawyer and a writer, but I thought it was more realistic that I would get a job fixing computers. I was always interested in publishing, but I never won an award for art in school. I don’t think anyone thought I would become an artist,” says Howlett. Now, that she is removed from her past and has gained notoriety as an artist, she just wants to be good at what she does. “I just love my artistic medium and I love my subjects. I can’t believe how many women have no idea how beautiful they are,” added Howlett. Howlett’s artistic career started off in a spontaneous manner at a young age when she began selling her art assignments to other students at college. A friend created a web site so she could list and sell her paintings. In addition, another friend convinced her to start selling at comic book conventions and before long she had a small group of loyal followers. At the age of 19, Howlett sold her first piece to a buyer in New Zealand.

The majority of Howlett’s pieces feature depictions of women. What is most intriguing is that in each piece of art, Howlett adds a touch of writing that is subtle, giving each piece a touch of originality and allowing her love of writing and comic books to shine through. The expressions that Howlett is able to capture on the faces of the subjects in her pieces, is also remarkable. In whatever setting or moment the subjects appear to be in, the intensity and beauty in all women, is captured. It’s no surprise that Kelly Howlett’s art touches the lives of others. Her art was the source from which her own healing process began after the loss of her mother at a young age. It has been a source for others to heal from their loss as well. She describes one of her proudest moments to me; “My first commissioned portrait was a pretty big deal for me. The subject was a beautiful woman who had died from alcoholism and I felt a lot of pressure to do her justice. I felt honored to be part of my client&#39;s healing process. There&#39;s also a sort of connection I feel to this woman, even though I never met her.” Howlett’s artistic process when drawing women varies. Sometimes she will do photo shoots with models to first see the person face to face, and the have a photo to work with. However, most often she is working with a photograph that she has received without ever meeting the person. Howlett then creates sketch that’s transferred to masonite board and is painted using an acrylic glazing technique. “The glazing tends to trick people into thinking it’s a watercolor. I also like using collage. At many stages throughout the painting process, I write in the piece with pencils, markers, white-out and gel pens,” said Howlett. “I am still trying to figure out the best way to describe what I do. For now, I tell people I do feminine portraiture and figurative paintings, influenced by modern comic book artists…” Howlett notes when asked to describer her artistic style. And what makes her artwork unique? “I can&#39;t say I&#39;m doing anything original or that I can do anything better than other painters out there, but my trademark is probably the writing in my works. It&#39;s honest and personal. I&#39;d also say my mistakes make it mine. The expression in the work is obviously more important than the technique, and I think I&#39;ve been pretty successful in tapping into that something that makes people want to know what my subjects are trying to say,” she notes. Howlett says that the response to her art has been rewarding because of the connections she makes with others. “I’ve seen a woman literally cry from viewing one of my paintings. It’s amazing to see that kind of emotional response from someone. There’s a sign up at this art center I volunteer for and it says, “Art Saves Lives.” I really believe that’s true,” says Howlett Howlett resides in Green Bay, Wisconsin and is currently attending school at The University of Wisconsin-Oshkosh, where she plants to finish her Bachelor of Fine Arts and receive her teaching certificate. Howlett says that most of her inspiration and her best work occur when most of us are fast asleep. “School has kept me from staying up ridiculous hours, but I do my best work from 12 to 6 AM. Everyone else will be sleeping, but I&#39;ll be fixed on my own solipsist conversation with my work.” To get inspired, Howlett will listen to music, read comic books, or flip through fashion magazines. She also watches Australia’s Next Top Model, Project Runway, and endless documentaries on NetFlix. When describing her inspiration, she notes, “Pretty girls and nerdy stuff usually ignite the inspiration in me.” Howlett also receives inspiration from her favorite artists including Camilla d’Errico, Audrey Kawasaki, Stella Im Hultberg, Kent Williams, and Glenn Arthur.

When asked what she considers to be her biggest accomplishment, Howlett accredits this to the publishing of her personal sketchbook, Substrate, a 100-page collection of sketches and writings. It includes an introduction written by New York Times bestselling American comic book writer, Joshua Dysart. Substrate became a comic staple and is distributed at popular and well known comic book stores, like Jim Hanley&#39;s in New York City, Quimby&#39;s in Chicago, and several retailers in Howlett’s hometown of Green Bay. “Publishing a book was a huge learning experience for me and I can’t wait to finish my next issue,” Howlett notes. Howlett notes that her favorite part about being an artist is attending comic book conventions and meeting amazing people. As for the most challenging portion, she says that she is in a constant battle with herself, feeling as though her work is not good enough. She is also challenged by, like many other self employed persons in America, the ability to afford health insurance – which for the self-employed, can cost more than rent. If Howlett could meet any famous artist or designer living or dead, who would it be? “I really want Tim Gunn to be my Dad.” (A response that made me chuckle because I’m a Project Runway fan myself, and think highly of Tim Gunn’s brilliant honesty, humor, and warmth he exudes to the runway team! Just FYI! ) With the success Howlett has found in her career, she finds solace from her friends. Noting that it’s her friends who keep her balanced, keep her going, and know what to tell her when she needs it. She measures her success by how much of her time is spent doing things she wants to do versus doing things she has to do. “I&#39;m sure I could make more money doing other things, but I really love what I do. Plus, I get to say silly things like “I get fan mail”, and “I work with models”, at class reunions, said Howlett.

Howlett explains that every artist faces disappointments and blocks when trying to find the path to success. “I think a big one is that a few people in my family have made it known that they don&#39;t support what I do. It&#39;s a really bad place to be in when you start thinking about where you might be if you had the support of those around you. How much could I have done if I would have believed in myself from the very beginning? But, those are destructive thoughts. I made a comforting agreement with myself that I will always keep making art. It really doesn&#39;t matter how much money I make or what people think now that I know regardless of those things, I will still be making art.” Fans of her work won’t have to wait long. Writing is one of Kelly’s passions. Her next projects include writing a graphic novel for her honors thesis at school, and for fun she is working on a sketchbook for the Brooklyn Art Library. The future holds unlimited possibilities for the talented Kelly Howlett. She envisions more books, gallery shows, and conventions. She is hoping that teaching will give her more opportunities for travel. Howlett concludes, “I&#39;m eager to find out what my possibilities are.” For more information about Kelly Howlett, visit her facebook page at http://facebook.com/kellyhowlettart

A preview of The Dapper Issue for CHAOS Magazine. 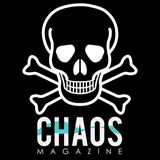