This year will be the third annual British Demolition Awards. After a successful couple of years in Birmingham then Manchester, we are proud to be hosting the British Demolition Awards 2021 at the American Express Community Stadium, home of Brighton & Hove Albion Football Club. The British Demolition Awards, brought to you by Chambers Media, is the UK’s premier demolition event and a celebration of all that is great about the industry in the UK and further afield. Now in its third year, the event is going from strength to strength, recognising the foremost national and international players in the demolition industry and providing industry professionals with a forum to meet, socialise and talk business. The annual event, hosted at premium conference hotels across the country, consists of a networking reception, the awards dinner and an after-party. For the third year running, Chambers Media is proud to have secured McCloskey Equipment as the event’s principal sponsor. The British Demolition Awards is an unmissable opportunity for all those in the industry, and for that reason, a perfect marketing opportunity for your company. 2 2

American Express Community Stadium Chambers Media is delighted to announce that the third annual British Demolition Awards will be held at the American Express Community Stadium in Brighton on 3 September 2021. The event, attended by 400+ suppliers and contractors from the UK demolition industry, is continuing its cross-country trajectory, having been hosted in Birmingham in 2018 and the following year in central Manchester. The awards and dinner will be in the Mayo Wynne Baxter Lounge, with additional stand and networking area in the iTalk Lounge, both with pitchside views. 4 4

Chambers Media Ltd, the instigator of this event, has run the awards for the past two years and is bringing the awards to the south-coast for the third iteration of this celebration of all things within British Demolition! We are also delighted to have secured the BBC’s Mike Shaft as the host, after Chambers Media’s MD Ben Chambers was wooed by the award winning broadcaster’s fun and upbeat compering at The Builders Conference Awards last December.

PRINCIPAL SPONSOR The British Demolition Awards is delighted to announce McCloskey Equipment as the Principal Sponsor for the 2021 event.

BRONZE SPONSORSHIP • Table for 10 people, in the first three rows, closest to the stage • One banner around dining room • Award sponsorship of your choice • Full page display advert in Awards show brochure (500+ copies; placed at each guest place setting) • 1 E-shot to top tier database announcing Bronze Sponsorship • 7-day lead up promotion on social media to event • Promotional video on social media in lead up to and post-event

After Party Please join us at The Alchemist Bar at 1 New York Street Vegetarians catered for by prior arrangement Awards Menu.indd 1

Silver and Gold sponsors on backdrop 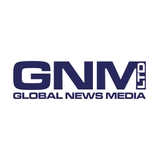