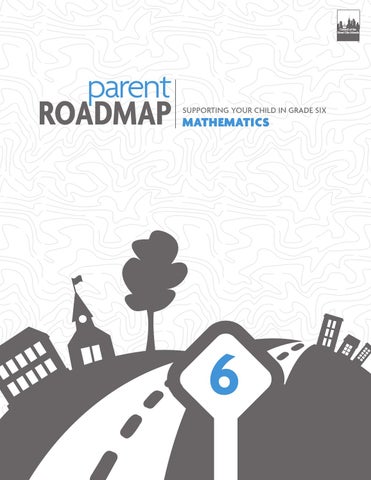 SUPPORTING YOUR CHILD IN GRADE SIX

Americaâ&amp;#x20AC;&amp;#x2122;s schools are working to provide higher quality instruction than ever before.

The way we taught students in the past simply does not prepare them for the higher demands of college and careers today and in the future. Your school and schools throughout the country are working to improve teaching and learning to ensure that all children will graduate high school with the skills they need to be successful. In mathematics, this means three major changes. Teachers will concentrate on teaching a more focused set of major math concepts and skills. This will allow students time to master important ideas and skills in a more organized way throughout the year and from one grade to the next. It will also call for teachers to use rich and challenging math content and to engage students in solving real-world problems in order to inspire greater interest in mathematics.

What your child will be learning in grade six mathematics

In grade six, your child will learn the concept of rates and ratios and use these tools to solve word problems. Students will work on quickly and accurately dividing multi-digit whole numbers and adding, subtracting, multiplying, and dividing multi-digit decimals. Students will extend their previous work with fractions and decimals to understand the concept of rational numbers—any number that can be made by dividing one integer by another, such as ½, 0.75, or 2. Students will also learn how to write and solve equations—mathematical statements using symbols, such as 20+x = 35—and apply these skills in solving multi-step word problems. Activities in these areas will include: •U nderstanding and applying the concepts of ratios and unit rates, and using the correct language to describe them (for example, the ratio of wings to beaks in a flock of birds is 2 to 1, because for every 2 wings there is 1 beak) •B uilding on knowledge of multiplication and division to divide fractions by fractions •U nderstanding that positive and negative numbers are located on opposite sides of 0 on a number line

•U sing pairs of numbers, including negative numbers, as coordinates for locating or placing a point on a graph •W riting and determining the value of expressions with whole-number exponents (such as 15+32) • I dentifying and writing equivalent mathematical expressions by applying the properties of operations. For example, recognizing that 2 (3+x) is the same as 6+2x • Understanding that solving an equation such as 2+x = 12 means answering the question, “What number does x have to be to make this statement true?” •R epresenting and analyzing the relationships between independent and dependent variables • Solving problems involving area and volume

Partnering with your child’s teacher

Here are just a few examples of how students will learn about and work with fractions in grade six. Grade Five Mathematics

• Multiply a fraction by a whole number or another fraction

• Add, subtract, multiply, and divide rational numbers in any form, including whole numbers, fractions, and decimals)

Real-world problems give students a context for dividing fractions by fractions.

Example of a problem involving the division of fractions.

Students use their knowledge of fractions to see that there are 7 halves in 3 ½ lbs, so there will be 7 bags of peanuts.

Here are just a few examples of how students will develop an understanding of ratios and proportions in grade six. Grade Five Mathematics

• Explain why a fraction is equal to another fraction

• Analyze proportional relationships and use them to solve real-world problems

• Understand the concept of a unit rate (the rate per unit, or a ratio with a denominator of 1) and use the correct language to describe it

• Calculate the unit rates associated with ratios of fractions, such as the ratio of ½ a mile for every ¼ of an hour

• Use ratio and rates to solve realworld problems

Students use diagrams and tables to think through and solve real-world problems involving ratios.

Example of a problem involving ratios

A slime mixture is made by mixing glue and liquid laundry starch in a ratio of 3 to 2. How much glue and how much starch are needed to make 90 cups of slime? Glue

Using knowledge of ratios and proportions, students see that if each cup of slime is made up of 3 parts glue and 2 parts starch, there are 5 parts in each cup. They can then compute the quantity of one, two, and three parts of 90 cups to determine the exact amounts of glue and starch needed.

Helping your child learn outside of school

1. A sk your child to calculate the unit rates of items purchased from the grocery store. For example, if 2 pounds of flour cost $3.00, how much does flour cost per pound? 2. Have your child determine the amount of ingredients needed when cooking. For example, if a recipe calls for 8 cups of rice to serve 4 people, how many cups of rice do you need to serve 6 people? 3. Encourage your child to stick with it whenever a problem seems difficult. This will help your child see that everyone can learn math. 4. Praise your child when he or she makes an effort, and share in the excitement when he or she solves a problem or understands something for the first time. 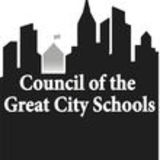