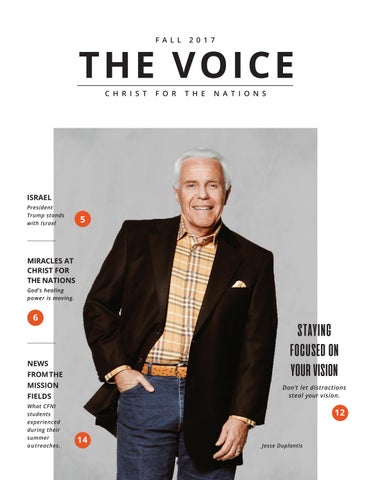 MIRACLES AT CHRIST FOR THE NATIONS God's healing power is moving.

WHEN YOU ARE TEMPTED TO GIVE UP, REMEMBER THAT IT IS FAITH, LOVE, AND ZEAL THAT WILL SEE YOU THROUGH. IF YOU CONTINUE TO ACT ON THEM, YOU WON’T JUST SURVIVE — YOU WILL OVERCOME!

n one of the days, our group took a boat ride across the Sea of Galilee to the city of Capernaum, where Jesus did mighty miracles 2,000 years ago. There Pastor Marianne shared her healing testimony and invited people, who needed healing, for prayer. The Holy Spirit began to move in a powerful way.

n downtown Rome we walked up to a young man who appeared to be homeless. There were multiple cut marks on his arm from self-harm. As we started talking with him, he told us that he used to believe in God, had a good job, a house and a car, but lost everything. He felt that God had left him. He was hurt and no longer desired a relationship with God. He said the only thing he cared about was his dog. This gave me an opportunity to tell him how God truly viewed him. When I told him that the same way he loved his dog, God loved and cared for him, he turned to the side to hide his tears. I asked him if he would like to ask Jesus back into his life, and he said, “Yes.” After the prayer, we took pictures and hugged goodbye. I then watched him walk away a completely new person in Christ!” — Tyler Besch

There was a woman whose windpipe was 60 percent closed; she had trouble breathing. After the prayer, she took deep breaths for the first time in a long time! The Holy Spirit also showed me there was stiffness in her neck, and she confirmed it. As we declared healing over her spine, she began turning her head in a way she couldn’t before! With tears in her eyes, she told us that she prayed that morning, ‘Lord, You did mighty miracles in Capernaum. What about me? Would you heal me?’ Sure enough, He answered her prayer through our team. Glory to God!” — Ross Shipman

n our Jamaica outreach, we were blessed to serve in five different churches, a boys’ home and an elementary school. Additionally, we went street evangelizing, and loved on people everywhere. Even on our fun tour days, we would pray for and get people saved. One of my favorite ministry moments happened at Celebration Church. Everyone was so hungry for worship. We ended the night with a time of prayer and praise, and the people were so touched by the love of God that they didn’t want to leave. We reluctantly finished the service two hours late. It was a powerful and sweet revival. I am so grateful to have been a small part of something huge. God moved powerfully and beautifully, doing far more than we could ever do on our own!” — Carolyn Brucks

PreparE for your calling Pursue your calling at a Christ-centered, fully accredited university. DBUâ&#x20AC;&#x2122;s articulation agreement with CFNI gives students the opportunity to benefit from flexible class times, a 30% tuition scholarship, and a chance to complete a bachelorâ&#x20AC;&#x2122;s degree in less than 18 months. Students can now take DBU classes while still attending CFNI with the DBU Concurrent Enrollment Program (CEP). Classes are held at CFNI, and students in the CEP may also qualify for federal and state financial aid up to the full cost of tuition! Contact us today for details! 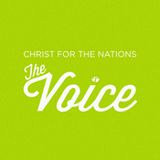 Christ For The Nations The Voice Magazine