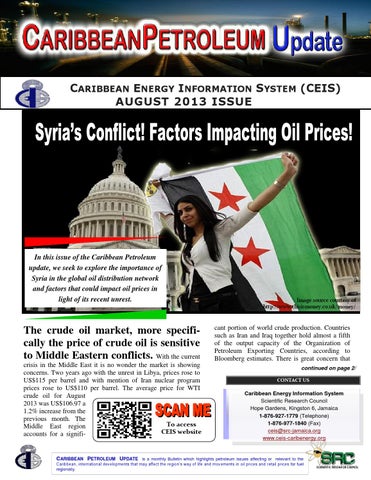 In this issue of the Caribbean Petroleum update, we seek to explore the importance of Syria in the global oil distribution network and factors that could impact oil prices in light of its recent unrest.

The crude oil market, more specifically the price of crude oil is sensitive to Middle Eastern conflicts. With the current crisis in the Middle East it is no wonder the market is showing concerns. Two years ago with the unrest in Libya, prices rose to US$115 per barrel and with mention of Iran nuclear program prices rose to US$110 per barrel. The average price for WTI crude oil for August 2013 was US$106.97 a 1.2% increase from the previous month. The To access Middle East region CEIS website accounts for a signifi-

cant portion of world crude production. Countries such as Iran and Iraq together hold almost a fifth of the output capacity of the Organization of Petroleum Exporting Countries, according to Bloomberg estimates. There is great concern that continued on page 2/ CONTACT US

is a monthly Bulletin which highlights petroleum issues affecting or relevant to the Caribbean, international developments that may affect the regionâ&amp;#x20AC;&amp;#x2122;s way of life and movements in oil prices and retail prices for fuel regionally. 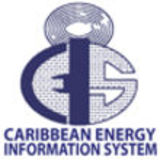