From a very young age, Rashid Ali Alkuwari founder and owner of Al Shaheen Stud in Doha, Qatar, had a passion for horses. “I was obsessed with riding and being around horses when I was young. As I got older, I dreamed of having my own stud farm. That dream is now a reality.” It is no wonder the young boy who became a man so favored the Arabian horse as they play a pivotal role in the history of the Arabian Peninsula, and in the founding of Qatar. Centuries before natural gas and petroleum made it one of the world’s fastest growing economies, Qatar was known for its prized Arabian horses. There is a quote from John Trotwood Moore that says, “Wherever man has left his footprints in the long ascent from barbarism to civilization, we find the hoof print of a horse beside it.” Nowhere in the world is that statement as true as in Qatar and the pastures of Al Shaheen Stud.

“I choose to own and breed straight Egyptian horses for their beauty and purest bloodlines, as well as their history and presence throughout the world,” says Rashid. “My favorite bloodlines are the Kuhaylan, Ajuz, Rodan horses, Bint Riyala and Bint Rissala. But I love most of the bloodlines and family in general.”

The Rodania family is represented by the two silver pearls Aleah Kariimah (PVA Kariim Ă&#x2014; Bint Kamill) and EHP Ayanna (Imperial Imdal x Dorian Fa Halima) of Bint Rissala descent. They embody the class elegance and exotic Arabian type for which the breed is so well known. They are passing on these qualities to their offspring. EHP Ayannaâ&#x20AC;&#x2122;s gorgeous 2015 filly, Omnia al Shaheen by Ansata Nile Echo, has the same classic elegance, long legs, and refined throat latch as her mother. In 2016, she shines as a bright light for the future of Al Shaheen as she prepares to wow at Qatari national and international straight Egyptian international shows. HADBA THROUGH SAMIHA

The Hadba family is represented by the silver mare Asilh Al Nassir (Ansata Sokar x Jamilaal Nasser) and the dark bay Zaafranah Al Waab (Farres x Sharuby HP). A study in contrasts, both mares have the excellent substance and flat toplines one would expect from the best of their pedigrees, yet they are as different in style as sunbeams and starlight. HADBA THROUGH HIND

“I will begin breeding with Alzeer Al Rayyan this year and am very interested to see what the will produce with the mares of Al Shaheen,” says Rashid. “I will also use Al Adeed Al Shaqab, and continue to use Ansata Nile Echo, since he has produced such high-quality foals as Shmos al Shaheen, Jamilah al Shaheen, and Omnia al Shaheen.” In addition to these families, Al Shaheen maintains other strains such as the A Dahmah Shahwaniyah ibn Khalifa strain represented by the smooth bodied and elegant mare Adal Al Naif (Ansata Nile Echo x Simeon Shama), and Saklawiyah Jidraniyah strain represented by the lovely Jumanah Elalya.

The Arabian horse has played a long and prominent role in the Arabic World and in the hearts and dreams of men. “I am honored to be able to own and care for such incredible animals,” says Rashid. “We are very excited to meet new friends at shows around the world and share in the beauty the Arabian horse. We welcome all who come to Qatar to visit us at Al Shaheen and to connect with us on Facebook, Instagram, or our website.” 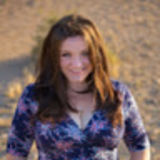