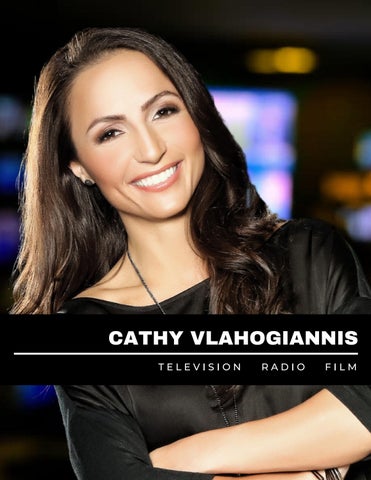 HELLO! I have always had a passion for show business and all it entails. Over the past two decades, I&#39;ve worked as a creative in three aspects of the entertainment industry television, radio and film.

GOAL With hard work, dedication and - a whole lotta luck - I&#39;ve been a part of some incredible shows, and have collaborated with many talented professionals. My goal is to continue working on creative projects that will inspire, inform and entertain.

PROFICIENCY Being that I&#39;ve been able to pivot into television, radio and film, I can confidently say I can handle just about anything. I&#39;ve started from the bottom three times by choice, and through each of these experiences I‘ve developed invaluable skills.

MOTIVATION Working on projects that have the ability to impact others is what drives me.

PASSION Entertainment and content creation are truly what I love. No matter how challenging, I haven’t been a part of a show I wasn’t excited about. That is something I do not take for granted.

TELEVISION I learned all about the television business from one of the most talented and well-known entertainment hosts in Chicago, and went on to win three Emmy® Awards for my work as a local programming producer. RADIO I co-hosted and produced a nationally syndicated, comedic morning talk show alongside one of the biggest names in radio at two iconic Chicago stations. FILM I‘ve worked on network series and major motion picture projects for some of the best creative minds in the film industry.

FUN FACTS I&#39;m a native Chicagoan. I&#39;m 100% Greek. I&#39;m a first generation Greek-American. My favorite film is Swingers. I have a Pit Bull Boxer mix named Izzy. I have a cat named Orange Kitty. I&#39;m very organized. I love lists. I knew I wanted to work in entertainment my entire life. Oprah and I wore the same outfit to her show once. My favorite guest booking of all time is the real-life Henry Hill from the movie, Goodfellas.

Cathy Vlahogiannis has been recognized by the National Academy of Arts and Sciences with three Emmy® Awards and 17 nominations. Her 10 years at WLS-TV (ABC 7) saw her produce, write and edit 190 North, the longest-running weekly entertainment/lifestyle show in Chicago broadcast history. She developed, produced and edited two programs for ABC&#39;s national Live Well Network, Let&#39;s Dish (a cooking show) and Here&#39;s How Right Now (a home improvement series). And, she produced various travel, public affairs and live specials, including

broadcast, Countdown Chicago. Cathy began her broadcasting career in radio marketing and promotions in 1999, first at WKIE-FM (92KissFM), then at WKQX-FM (Q101). She then spent three years co-hosting and producing the daily, nationally syndicated radio talk show, Mancow&#39;s Morning Madhouse, on Q101. Cathy joined Mancow once again on WLUP-FM (97.9 The Loop) from 2015-2018 as his co-host, producer and traffic reporter. It was during her time at 97.9 The Loop that Cathy had the opportunity to be seen on screen, most notably in Director Eli Roth&#39;s modern-day reimagining of the 1974 classic film, Death Wish. In 2018, Cathy made the transition into film/television production. She assisted the Creator/Showrunner and Executive Producers/Writers of NBC&#39;s Chicago Fire. She also worked as a Production Assistant on all of the Chicago-based Dick Wolf produced shows (Chicago Fire, Chicago P.D. and Chicago Med). Currently, Cathy is a Set Decoration Buyer. She has worked on several productions, including NBC&#39;s Chicago Fire (Season 8), the Twentieth Television pilot, Ordinary Joe, and the Warner Bros. feature film, The Batman (Chicago Unit). Cathy is a union member of SAG-AFTRA and IATSE Local 476. She is also a member of the National Academy of Television Arts and Sciences and the Set Decorators Society of America. Cathy is a graduate of Columbia College Chicago, where she majored in television journalism, and she studied film at Chicago Filmmakers and The Second City. A native Chicagoan, and a first-generation Greek-American, Cathy is also fluent in the Greek language.

CONNECT For more information, and to connect with me, please visit my website. 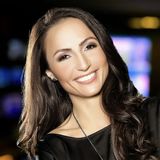