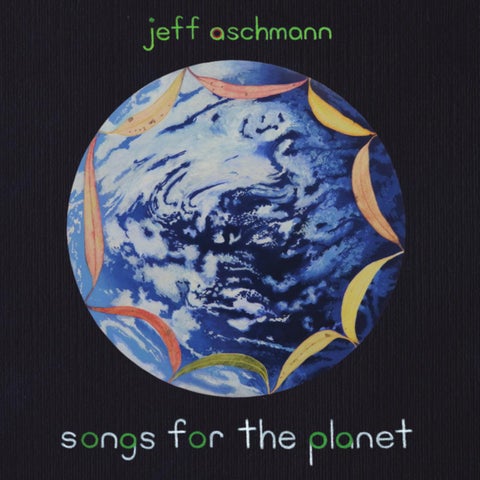 “Jeff Aschmann’s songs, with his clear, mellow voice, echo the beauty and tragedy of Earth’s living environment in 2016. This musical champion of Australia’s environment sings to our human spirit with an inherent call for action. My experience is that art, including song, is an essential part of campaigning for a better world, and Jeff’s music both urges us on while nailing the wreckers and inspiring the protectors. Sing along. Get active. Vote Green for the environment which makes us all who we are.” Bob Brown 3

Humpbacks sing for the world

Sweet songs resonate through the sea sensual, mystical sound Melody may change from each verse to the next Humpbacks songs help the world spin around, turn around

They come from Antarctica headin’ up north past Narooma towards Hervey Bay They&#39;re Australian songwriters, the best on the coast with voices growing stronger each day It’s up there they breed, in warm nurturing waters Young calves play alongside They’re taught the right strokes, rhythm and notes sweet music a language to guide CHORUS Humpbacks they sing for the world sing for the changing times free with their kind, mammals of the maritime singing as they swim along

CHORUS x 2 for the fish in the sea.

From an ancient forest to a cardboard box this silly practice should get the chop What will our sons and daughters say if we continue to chip their future away?

Pine for the eucalypt

Profits before heritage the ultimate sacrilege

Profits before heritage only for the privileged

Fast junk food is everywhere wrapped in bags and boxes there They’ll eyeball you wherever you are When you&#39;re home or when you&#39;re far Paper comes from trees grown tall Should we use our forests at all? Stop!

Going to school used to be neat, Apples and oranges kids would eat But now it’s just another show Little packets are all the go Paper, chips and plastic dips Drinks with boxes, straws to sip Stop!

No lunch box or thermos glass Paper bags, oh how crass See them on the schoolyard ground or in the wind just blowing round It’s a sin, a waste of time someone has to clean the grime Stop!

While you’re walkin’ across the street bits of paper at your feet Watching the footy or at the Show seems it’s everywhere you go There&#39;s paper packing all around It drives you mad, it&#39;s unsound

Travelling is kind of cool flying high and burning fuel Sitting in those jumbo planes one can kind of go insane Paper cup and plastic bowl wrapped up in what? There’s a toll

So come on Aussie, make a stand the time has come, so let’s demand no wasteful packing if we can So the world will understand this way of life we can&#39;t sustain It’s time to act to clear our name Stop! CHORUS x 6 Stop the wrap! Stop!

Save Australia (you and me)

We’ve got dune care, coast care, adoption of a beach Cleanin’ up Australia is really neat There’s stream watch, bird watch, and whale watch too The ACF does a job for you

The Wilderness Society is savin’ the trees Greenpeace sailing on the open seas We’ve got Friends of the Earth and we’re savin’ our seeds Is there anything else we really need?

CHORUS It’s two steps forward and one step back we’ve got to save Australia she’s lookin’ kinda slack Let’s care for her environment, can’t you see we’ve gotta try harder both you and me

You know it’s two steps forward and one step back We’ve gotta save our country cos she’s slidin’ off the track Yes, we’re gonna save Australia you wait and see Let’s all do it, you and me x2

She met a mine manager in Darwin

She met her mine manager in Darwin It was a fly-in, fly-out kind of affair Romance on the run No time for any fun Her heart was an open pit over-burdened quite a bit

She moved in with her man out at the minefield Her life became a minefield after that got bull-dozed, nearly drowned she had to hide out underground Hitched a ride out on a coal train before she went insane

Large Hunter projects sell out to foreign lands a loss of our autonomy, we’re slaves to their demands How can we fight the greenhouse when we sell our soil for coal – Black gold?

CHORUS How much nature can remain after coal mining claims our future Hunter Valley under overburden soil?

Times they have changed the world is not the same We’re chokin’ on the air can’t you see? Coal has lost its way clean power’s here to stay give me the sun and the wind and the hope for a better day

Let’s export the new, the time for us is now solar cars and panels our technology abounds Let&#39;s show the world that we really care We all share our precious air CHORUS x 2

He comes from Peru with the Spanish accent The Aussies all know him by accident The Yanks and the Brits, the French know him too He’s familiar to me and familiar to you His name’s on the news most every day He makes a lot of trouble wherever he stays Causes the floods, causes the droughts, cyclones and fires, you’d better watch out, for El Niňo, El Niňo, El Niňo, blame it on El Niňo

Keepers of the Land

I look around and what do I see? Global problems facing me Seems the planet&#39;s crying out She&#39;s asking for our help

The only way we&#39;re going to last is learning from our distant past Life&#39;s been here for many a year Please show us the way

We&#39;ve got pesticides and herbicides, genetic changes before our eyes No-one wants to take control what are we to do? People have been living here for many thousand years I think it&#39;s time to grasp the secrets of the past. The future&#39;s in our hands One last time for us to plan Let&#39;s all move forward now by looking back

There’s no drummer boy, no tall Christmas tree by our campfire that I can see Who were the three kings? Where’s Bethlehem? I’ve lived near Alice Springs since I remember when. CHORUS ’Cos in the dreamtime it’s Christmas all year round Peace on Earth and love abounds There’s no reindeer here, only silent nights for 60,000 years before Jesus Christ. We have peace on Earth, goodwill to all in our Dreamtime that I recall CHORUS In the Dreamtime Dreamtime

In southeast Australia, Yuin country flows a river so clean, no white man did see Came the English and Irish from the old country to settle the Great Southern Land

Bushrangers, goldmining stories were told transporting goods on rough Deua roads The floods and the droughts all tend to enhance the Deua River Dance

She starts from the coast, heads west inland through the ranges and gorges and tall timber stands then turns right around and heads back to the sea The Deua she dances with me

Francis Flanagan from Galway he came, Moruya’s first settler of Deua fame and Timothy Gannon from Ireland’s shores they began to farm the land 15

All of us are refugees

His father came from across the seas had a similar biography too Many people, colours and race simply searching for a better place

Soon we’ll be heading to outer space, searching for a better place It&#39;s a fitting eulogy once again we&#39;ll be refugees

The coconut rough and dark on the outside sweet and smooth, light on the inside, People have an inside outside too, different colours, different hues

So the people and the coconut are much the same, livin’ on Earth, part of the game Peace and harmony are overdue, all of us just passin’ through.

All efforts have been made to include full names and correct spelling. Apologies for any mistakes or omissions.

Humpbacks sing for the world

Pine for the eucalypt

Save Australia (you and me)

She met a mine manager in Darwin

Keepers of the Land

All of us are refugees

large Magellanic cloud, date unknown, public domain and creative commons section, Canberra Astronomical Society website (casastronomy.org.au) Deua River, Moruya Road, 2016, digital photograph Mohsen and me, Tianjara Falls, SE NSW, 2015, phone selfie by Mohsen Pakravan. Mohsen came to Australia from Iran via Indonesia. He has a bridging visa but may be sent back to his country of origin under Coalition policy. If that happens, he is likely to be tortured and maybe even executed as an atheist. As a non-Indigenous Australian citizen, I am also descended from boat people. coconut on Brou Beach, NSW South Coast, 2016, digital photograph ring (detail), from valuables series, 2015, watercolour pencil and oil on gesso on masonite panel, 100 x 100mm To see this booklet online, please visit artandactivism.com.au CD manufactured by madcds.com.au booklet printed on 100% post-consumer-waste recycled paper

“These songs are dedicated to all those who stand up for the Earth and for social justice.”

Jeff Aschmann was born in New York and grew up in Wisconsin. In 1973 he came to Australia on a surfing trip and stayed. He taught Environmental Science and Geography in Sydney and moved to Moruya on the NSW South Coast in 1979, working on many environmental issues and campaigns, including forests and woodchipping, the Upper Deua, Eurobodalla Park, Cullendulla Creek, the Charcoalition and the Majors Creek goldmine. For most of the time he lives on the Deua River, managing a small holding based on permaculture principles, and works for a few months each year teaching music in remote Aboriginal Communities. There he has become involved with supporting the traditional custodians in their opposition to oil and gas mining, fracking, and inappropriate development. In 2016 Jeff was awarded the Tamworth Song-Writing Association “Alternative Country/Blues/Bluegrass Song of the Year” for I don&#39;t need no plastic Jesus (I got my GPS). He is a long-time member of The Greens.

“This musical champion of Australia’s environment sings to our human spirit with an inherent call for action.” Bob Brown “Jeff’s music springs from the heart and soil of our planet. He doesn’t just play it – he lives it too.” Jackie French

“Jeff sings his life through his songs. You see who the man really is through his music, a crusader for environmental and human rights issues.” Vince Jones 25

Songs for the planet

Here is the 24 page booklet with all the lyrics for Jeff Aschmann's new CD, “songs for the planet”.