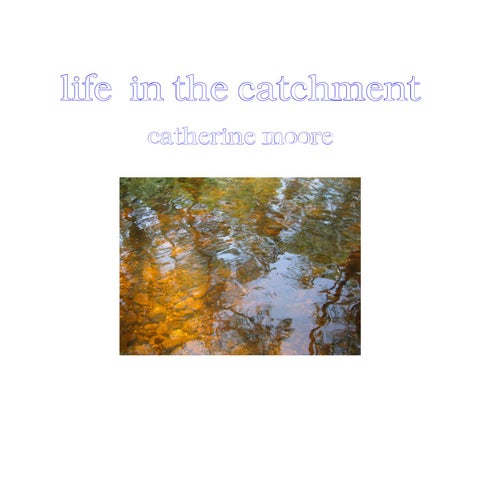 life in the catchment catherine moore

Leaf mirrors flash in the sun with the clarity that comes after rain An eagle soars and dives Eastern peaks rise up between me and the ocean, orange at sunset when the mist melts down the sides Pure water Clean air I drink in the sounds of the bush At night under the waning moon there is frost underfoot and possums screech as a branch breaks With no moon, the sky is dark, Pierced by uncountable specks of light This place in my heart is in my care, as builders of the New Heritage come ever closer with their machines.

food stories This season has been a bumper one in the orchard, with (almost) enough plums, apples and pears for humans as well as birds. Despite their noxious weed classification, blackberries can be quite useful not only for food but also for holding soil on steep hills in this area, but they have spread noticeably this season. Paul&#39;s Feagan&#39;s Creek corn crop came to nothing due to heavy falls straight after planting.

Sky&#39;s garden Sky lives at Nettleton&#39;s Creek on some of the red volcanic soil that runs through to the coast. In the two years she&#39;s been there, she has developed a wonderful garden and this year had potatoes at Christmas – practically unheard of here, given that frosts can occur almost any month of the year! Summer garden

zucchinis, pumpkins and squash – all

bumper crops but with the latter

Along the fences – chia, several

chick peas for food and green

rhubarb Outside the enclosure – comfrey

maize and sunflowers for

strawberries and asparagus, also meshed in to keep the birds away.

Palerang planning In February 2010 at the first extraordinary meeting of Palerang Council to consider the draft Local Environmental Plan (LEP), a majority of councillors voted to delete the following clauses and words:

Two Woodchipping Poems (I) Why can&#39;t we leave what&#39;s left of the forest as it is, with the Old trees Only doing what they&#39;ve always done Doing it for themselves, and for all who depend on them for life? Chainsaws mean death to so much that Humans don&#39;t yet value, because In our quest for wealth, we are Prisoners of our own greed, Persecuting ourselves by forgetting that we are not Independent of Nature but inextricably tied, Growing with the forest that gives us nourishment. (II) When we have chopped and chipped the last of the Old trees, and turned them into disposable Objects to be used once and then Discarded, we can take the empty space that for so long was home to the plants and Creatures who depended on the diversity of the forest for their survival and Heap it up with Infinite Piles of rubbish, the Produce of our Increasing Negligence and Greed.

I am writing to bring to your readers&#39; attention just how close we came at last week&#39;s Palerang Council meeting in Braidwood to set a precedent that could have denied long enshrined rural rights. In a last minute amendment to council papers, apparently sponsored by Cr. Moore, it was put forward that a development application be given a condition that would have made the owners of the block undertake never to draw water from the creek that crossed the property, even for domestic or livestock use. Such a flagrant overstep of authority and violation of fundamental principles of rural lifestyle equity can not be taken lightly, no matter how green one wants to claim their motivation. Thankfully, Cr. (W.R.), in his familiar unabashed way, rattled commonsense and L-A-W into the debate and defeated that ill-conceived attempt to confiscate land rights. The Council is not a legislative body, it is an administrative one. What Cr. Moore&#39;s amendment attempted to do was make law by stealth. L-A-W is created by the state and federal legislatures who have the economic resources to thoroughly consider the consequences of regulation upon all stakeholders and not just a posse of self proclaimed environmental saviours. Time after time, we&#39;ve seen that quarter attempt to confiscate equity from one party to give it to someone else&#39;s cause, regardless of how biased or unjust that cause. If it&#39;s wrapped up in the fear of climate change or in a green flag, you&#39;re supposed to cower before it or you&#39;re a greedy pig. Well I&#39;m sorry but the rural people I know in Palerang are far more environmentally hands-on and responsible than people who sip lattes and just TALK green. When we go to vote in September, I hope we remember to elect truly competent councillors who stand to bring optimism and balance to the community rather than fear and division.

It may be convenient for those campaigning to be elected or re-elected to Palerang Council to stir up hysteria about the rights of the individual being taken away, but let’s get the facts straight. At no time has it been suggested that existing rights to pump from waterways be removed. What staff tried to do in two recent DAs was recognise that the creation of several new blocks along Feagans Creek could have a marked impact on the quantity and quality of water flowing to downstream users and the Mongarlowe River. In recognition of that they recommended imposing a restriction on new blocks which would prevent any new owners (that is NEW owners, not existing ones) from extracting from the creek - supported in law and in the legal advice received. Such a restriction is common in other Council areas; in the adjoining Local Government Area of Yass Valley for example, there is a moratorium on all new bores and a new sub-division there is creating a community lot along the river with the express purpose of preventing water extraction. And a fact keenly avoided by those trumpeting injustice is that while the right to pump applies to an existing holding, it does not necessarily carry to the blocks created by a sub-division of that holding. But it was not to be, with both DAs passed without that condition, despite the information provided in the report and given on the night. This included some startling facts from the just released CSIRO report on climate change, which predicts that there will be 70 per cent more chance of drought in this region and 15 per cent reduced flow in the region’s waterways. I believe it is the duty of all councillors to look at the big picture and plan for the future sustainability of their communities, for the best interests of everyone. Sooner or later we are going to have to accept that if everyone who is lucky enough to live near a waterway must be able to extract water from it, we are going to have to restrict the number of blocks we create. The report to Council stated that “the condition is considered appropriate if Council is concerned about sustainable development and water use.” Clearly this Council, together with some of the aspiring councillors who have written on the subject to the local papers, are not.

life in the catchment catherine moore

printed by Stephen Best, Macquarie Editions, Braidwood, on Canson Infinity Rag Photographique Duo and Hahnemüller William Turner papers artwork, design and binding by Catherine Moore, artist and activist, elected to Palerang Council in 2004 and 2008 www.artandactivism.com.au with production assistance from Fred Harden March 2011 This book has been produced for “Shoalhaven Visions”, the exhibition accompanying Two Fires Festival 2011. All artwork except for the paintings on pp. 3 &amp; 31 are a result of my participation in the Two Fires field trips which formed the foundation of the exhibition, whose working draft theme is the health of the catchment. The exhibition and festival opening marks the 25th anniversary of my move to Charleys Forest, where I came with my tent to join the birds, grey kangaroos, red-necked and swamp wallabies, wombats, possums, echidnas, platypus, red-bellied black snakes, copperheads, tiger snakes, dragons, blue tongues and other lizards, the occasional goanna and all the other species of flora and fauna with whom I share the land.

life in the catchment