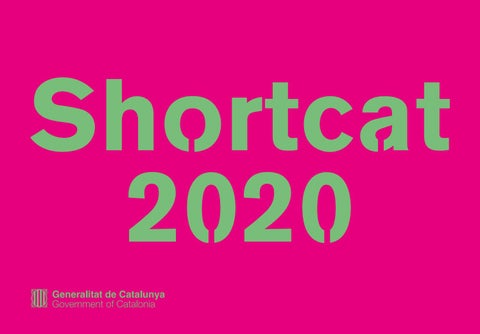 We are extremely proud to present another amazing selection of short films that will surely travel around the world. The films, each in their own way, question who we are as human beings and where our dignity is, while lost in a lonely society. But apart from discussing deep questions, there is still an optimistic approach to the world we live in. All of these, without forgetting a modern formal approach and an approximation to new narratives. These new authors play with the form and give an air of freshness to each of the films. Their visuals tend to an avantguard cinema that is becoming the New Catalan Wave.

Coque, an 11-year-old boy, travels to the town where his grandparents live to spend the summer holidays. During those hot days, he will meet Vanessa, the baker’s niece. This encounter will arouse feelings so far unknown to him, which he will have to manage without having the support or understanding of his environment.

DIRECTED BY Juanma Falcón and

Miguel Ángel Faura has produced thirteen feature films in the last decade, including a couple of winners of the Silver Méliès for Best European Fantastic Film: Painless by Juan Carlos Medina and Enemy directed by Denis Villeneuve. Most recently he has co-produced Wasp Network by Olivier Assayas. Coque is his first short film as a writer and director.

Juanma Falcón has worked as an actor since 2006. He debuted in the feature film Va a ser que nadie es perfecto by Joaquin Oristrell. Since then, he has taken part in dozens of projects such as the TV series Hay Alguien Ahí, Red Band Society and Pulsaciones, and the feature films La Habitación de Fermat and El juego del ahorcado. Coque is his first short film as a writer and director.

“The inception of this film was the need to deal with - and perhaps heal a little - our inner child. A reflection on how all the experiences of our childhood, however small, affect our ascent into adulthood. We have opted for a simple and clean form, evoking the viewpoint of a child and looking after both the naturalness of the acting and the semantic value of each shoot. As for aesthetics, we have been inspired by the rural environment: its sensory strength, but also its suffocating quality. A metaphor for both Coque’s awakening and the pressure he feels in relation to his brother and his family”.

Its summer when Irene realises for the first time that there is much more beyond the routine she and her sisters keep doing over and over. Irene, following nature’s signs, starts a journey of reconnection with herself, her body and sex which ends up with the sublimation of her faith.

Carla Linares Carla studied psychology at the University of Barcelona. As an actress she has starred in the films Les amigues de l’Àgata, Júlia Ist and The Night She Moves, all directed by women who inspire her. She is part of the group Pussy Picnic which has given performances in Rome and Barcelona exploring the genre in an intimate way. At the theatre, with VVAA collective they gave birth to Like si lloras (Sala Beckett; Volksbühne

Berlin and La Pedrera) a work of collective and experimental creation where aside from acting she also participated in the writing of the texts and assisted the director. She has recently finished shooting as an actress the series Drama directed by Ginesta Guindal, and she is currently writing the script of a feature film. Daucus Carota is her first short film as a director and screenwriter.

“I feel compelled to do something that allows me not only to reflect on how we have decided to live our life, but to approach old age, instead of moving away from it. We live in a world that globalizes the way we perceive and think and which leads us to uncontrolled consumption. We are constantly bombarded by information and with this short film I want to claim rest, silence. I want to contribute to generate new materials, make female masturbation visible and rethink eroticism. I want to do it talking about nature and time, and therefore old age. With this story I would like to show that the living forces we recognize during adolescence never die. Someone who, following his impulses, rebels before the absurdity of the preset and opens himself to change, will always be a new person”.

Marleni hates her job as a live-in carer at Mr. Ramón’s home. Her life changes when she receives a message from an unknown number and she decides to create a fake identity, looking for a way to escape.

Carmen Aumedes graduated from ESCAC in the specialty of direction with the short film Marleni, no Marlen. The same year she travelled to Shanghai

(China) to shoot a short documentary called I’m Too Busy. She combines cinema with studying philosophy, politics and economics.

“Barbara, Julia and Marlen are a few of Marleni’s names. Marleni, not Marlen is my graduation short film through which I want to approach all the invisibles. My aim is to offer an optimistic (perhaps naïve) view of the doomed search for affection, as well as self-identity. It is a reclamation of the right to err in our decisions: Marleni fucks it up but thanks to that she feels empowered. Of interest to me is the paradoxical role of the phone in this search, since it makes us protagonists of virtual lives, built for no one and for everyone. How much of our identity depends on external recognition?”.

Joana and Nina live trapped in the contradictions of female puberty in the first world. Both are women of their time and culture: social networks, immediacy and excesses. Today, Joana has decided to devise a game in which she will involve her friend Nina. That decisive moment of puberty will change something in each of them forever.

Èrika Sánchez “Panthers arises from the need to explore female puberty and its ailments in first world countries. At age 12, I was diagnosed with anorexia nervosa. In this story, anorexia appears as an anecdotal fact to connect us with a common denominator of history: the design of feminine identity in hetero-patriarchal societies. A contaminated search for idyllic images and pre-established gender models. The body and its disciplined punishment, the female physique as the materialisation of violence and vulnerability”.

documentary feature film Perifèria (Outskirts) as a producer and screenwriter. Panthers is her first fictional work, a short as a prelude to the feature film in development, The Quiet Women. With the support of the Master’s Degree in Creative Documentary programme at Pompeu Fabra University, she is developing the documentary feature film Dietari Final (Final Dietary) co-directed with Ariadna Pujol.

After a decade working as a personal assistant and script supervisor, in 2013 Sánchez wrote and directed the documentary short film, The Show, screened at international festivals and institutions (Santiago de Chile, Oslo, Athens, Mexico, Paris...). It’s Never Darker, (2014) her first documentary feature film, was well received by audience and critics. Founder of Antivaho Cinematográfico with Xavier Esteban, she is currently working on the

Two Syrian brothers illegally cross a border to enter a Western country. Their sister narrates this journey where present time, the past and the oneiric all jumble together to become both a dream and nightmare of our current world.

Fernando Pomares “The Martyr is a story that emerges from our need to relate to the world that surround us. A sad and unfair world that makes the way we connect/become involved with one another an impossible labyrinth to solve. A journey full of personal projections where the only way of looking the person we have in front of us is the most difficult task”.

He created Cheeky Anna, in production today, an animation series with French animation studios Les Armateurs (Ernest et Celestine) and Folimage (Une vie de chat), both nominated for Oscars. He has also created (2019) the new Talking Tom and Friends spinoff with Moving Pixels, Canarias. Besides developing his own projects, Fernando teaches at ESCAC (Non-Fiction Bachelor’s Degree and the Master’s Degree in Documentary Film) and at the Stop Motion Animation Master’s of BAU.

During the tediousness of late summer, Barbara faces an unknown world from somewhere between desire, strangeness and uncertainty.

Marina Espinach “When I was 13 I moved to the countryside from the city with my family. I was growing up as a doubtful teenager and had to confront many things that were unknown and mysterious to me, like nature and sex. I decided to make a short film based on this. Apart from being very interested -from a purely formal perspective- in fragmented and elliptical film structure and language and in creating some sort of contained tension, I made the film as it is because this is what my memories where made of: fragmentation, ellipsis and tension”.

awards for best direction and screenplay. She also pursued acting studies at Nancy-Tuñón Studio and currently combines the completion of a degree in Social and Cultural Anthropology at the University of Barcelona with the development of her next film projects.

Marina completed her degree in film directing and screenwriting in Bande à Part Film Academy, with the short film When Summer Ends as her degree final project. It was first released at Sitges Film Festival, where she received the SGAE New Filmmakers

Xiao Qiang Had a Daydream

Xiao Qiang is a mischievous child who lives in a town in southeastern China. His desire for freedom leads him to live an adventure that will change his life.

Xisi Sofia Ye Chen “Xiao Qiang Had a Daydream is a story closely linked to my personal biography; my brother grew up in a village in China until he was 12 in the absence of my parents, who had to migrate to Spain forced by precariousness and poverty. In those years I lived with my parents in Spain, separated from my brother, and I started to imagine his daily life in China, his orphanhood and loneliness. That was the starting point of this short film”.

tion as a condition, she seeks for personal narratives through the humanities, theatre, and cinema. Xiao Qiang Had a Daydream, her first short film, is the fabulated exploration of her family’s hometown.

As the daughter of Chinese immigrants that settled in Barcelona during the post-Olympic years, Xisi Sofia Ye Chen was raised in Qingtianese, Mandarin, Catalan, and Spanish. Accepting cultural miscegena-

Saturday. Night falls. The ball moves quickly from one place to another. Bodies trying to find the weak spots between the defence. Lucia, a twenty-five-year-old girl, leaves her handball training to pick up her brother under the lights of a city she thinks she knows.

PRODUCED BY Ringo Media and

Álvaro Gago “16 de decembro cannot happen but it does and we have to continue to expose ourselves to it so as to reflect and act upon it. We build our essence with our actions, we are not determined by nature and we are responsible for our acts. Integral to 16 de decembro is a desire for liberation”. ÁLVARO GAGO

Álvaro studied audiovisual communication and music in Galicia, theatre in Chicago and filmmaking in London, where he established himself as a film director and editor, founded the Galician Film Forum and taught film at the Young for Film School. His latest short film Matria won the 2018 Sundance Film Festival Grand Jury Prize and was a 2019 Goya nominee. Xacio Baño’s first feature film Trote, which he edited, had its world 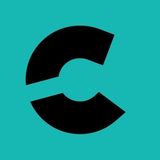 The Shortcat 2020 is out! This year the selection represents both film schools and independent productions. It also includes young and e...

The Shortcat 2020 is out! This year the selection represents both film schools and independent productions. It also includes young and e...