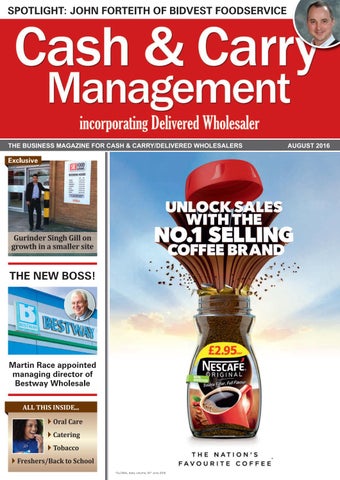 Closure of £57m business Efforts to sell the assets and remaining stock of Silverstar Foods, which went into administration late last month, are nearing a conclusion. The main business of the £57 million turnover company was delivered foodservice wholesaler Turners Fine Foods – a member of Landmark Wholesale – which had been operating from three depots: the main site at Goudhurst, near Tonbridge, Kent; Christchurch, Dorset; and Earby, Lancs. These leasehold premises have all been closed. Silverstar Foods also ran the Camden Quarter restaurant in Tunbridge Wells, Kent. Joint administrator, Will Wright, of KPMG, said that all 457 staff have been made redundant, although 27 were retained temporarily to help wind down the business.

Silverstar Foods, which was described as “an everyday and luxury foods wholesaler”, had around 3,000 customers, but had been undergoing a period of sustained losses. Wright said: “Despite the directors’ best efforts to effect a turnaround and sale of the business, the company was unable to continue to trade and the directors took the difficult decision to place it into administration.“ Last year, Silverstar merged with the former

Coastline Produce, with premises in Bournmouth, Tonbridge and on the Isle of Wight. According to the Landmark Wholesale members’ website, Turners Cheese, as it was then known, was established in 1995 but changed its emphasis to foodservice – and its name – after the Raphael brothers and business partner Richard Mercer took over the company. More than 500 styles of cheese, plus a wide variety of frozen foods, dry goods and disposable items, were among the products available. The customer territory had been extended to include Birmingham, Bristol and Greater London, where the clientele included “many fine restaurants and catering outlets”.

Costco opens Wembley branch Costco’s 28th UK store opens on 23 August in Wembley, close to the national stadium and the headquarters of Dhamecha Cash & Carry. A spokesman for Brent

Council told Cash & Carry Management that the site, which covers 2.6 hectares, at one time housed a bakery, but that closed down in 2002. More recently, an oil

company traded from there, but that concern also moved away. The building was later demolished and the land has been unoccupied until now. a Costco (01923) 213113

Energy bill cut JMP Foodservice, of Sedbergh, Cumbria, is benefiting from electricity supplied by an adjoining farm that processes waste to generate electricity and heat. The system, known as dry anaerobic digestion, also produces a fertiliser that the farm utilises on its crops. JMP’s relationship with the farm, which began two months ago, has resulted in energy bills being considerably reduced. Sales director of the Fairway Foodservice member Shaun Atherton (below) said: “The benefits extend beyond the drop in our energy bill. We have always been seeking to reduce our carbon footprint and help improve the environment. We have a quite high electricity usage on site with fridges and freezers. “We looked at solar panels, but our roof faces the wrong way. This was the ideal solution.” a JMP Foodservice (01539) 620296

successful for our customers,” reported retail director Steve Fox (below). “We are running a campaign through the summer and autumn to really give our customers confidence that they are getting great value from Booker.

Bestway Group veteran Younus Sheikh, 74, has stepped down as managing director of the C&C/wholesale division, becoming nonexecutive director. His successor is Martin Race, who has been with the company since its 2005 takeover of Batleys, where he was operations director. The company says that Sheikh, who was one of the founding members of the business in 1976, will continue to oversee the cash

& carry/wholesale division, while Race, who moves to managing director from the position of trading director, takes on the day-to-day responsibility. Former finance director Naser Khan has become chief executive officer in charge of finance, IT, legal affairs, health & safety, property and facilities. Replacing Race as trading director is Dawood Pervez, son of Bestway founder Sir Anwar Pervez OBE, who is

group chairman. He has been working closely with Race for the past few months in preparation for the change. Next month, Pervez’s other son, Rizwan, switches from operations director to the newly-created post of customer liaison director. And in a final change, Paul Rowland, a former Asda director, has joined the C&C/wholesaler as head of operations. In vacating his executive role, Sheikh told Cash & Carry Management: “In Martin Race we have the ideal candidate to take over the day-to-day running of the wholesale business. “He has unrivalled manmanagement skills and the ability to foster lasting and collaborative relationships with suppliers.” a Bestway Group 020-8453 1234

Twenty years of trading in Derby SOS Wholesale celebrated 20 years of trading at its 70,000 sq ft depot in Derby with a party attended by around 400 people. Director Mark Beckett said: “My brother Steven and I are very proud of how SOS has developed into a national wholesale distribution company since it was founded in 1996. “This is very much due to the hard work of our wonderful staff, the support of suppliers and the loyalty of our customers.” As part of the celebrations, the brothers subjected themselves to being pelted with wet sponges and custard pies while confined to the stocks.

Putting themselves in the firing line: Steven Beckett (left) and brother Mark at the company’s 20th anniversary party.

Money donated by the company, plus contributions from a raffle, resulted in £21,000 being presented to two charities: When You Wish Upon a Star and the

Waiting for the show to begin at Hyde Park.

Matthew Clark welcomed over 1,000 customers to its Boutique Beers Festival held at the British Summer Time event in London’s Hyde Park. This was a 20% increase on the wholesaler’s participation previously. The company marked the rise in demand for premium packaged lager (up 18%) and premium packaged cider (41% higher) by showing a wide range of craft beer and cider. Said a Matthew Clark spokesman: “On-trade customers travelled far and wide – some from 500 miles away – to taste over 200 beers and ciders from more than 60 craft brewers housed in tents, trucks and bars across Hyde Park. “Over 5,000 pints of craft beers and ciders were pulled on the day, as well as over 1,000 beer cocktails or ‘hoptails’ being served.” Also at the show, the wholesaler’s sister company Peppermint operated 26 bars, serving a selection of premium beers from the Heineken and Caledonian Brewery range to some of the 345,000 consumers at the festival. a Matthew Clark (0344) 822 3910

from the #1 juice drink brand *

iN EVERY BOTTLE, bOoM!