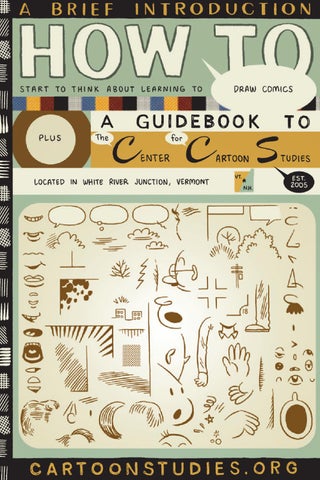 THE LANGUAGE OF COMICS

The View from Here

Examining the DNA of comics requires patience and determination. Cartoonists are visual linguists who use (and add to) a picÂ­torial vocabulary that has been established through trial and error over the course of centuries. Simple abstract marks and shapes trigger memory and imagination. A loopy calligraphic squiggle propels a car. Beads of sweat, a thought balloon, and a series of wavy lines are part of an alphabet of symbols that represent ideas, objects, space, and time. The difference between a good comic and a great one is how subtly and intelligently the artist manipulates these symbols. The work of a new generation of cartoonists, with greater sensitivity to the mediumâ&amp;#x20AC;&amp;#x2122;s nuances, inhabits a space existing somewhere between literature and art. Each line, mark, or swatch of color is chosen as deliberately as a poet chooses a comma or semicolon. Whether one is trying to produce a laugh from a one-panel gag cartoon or envelop a reader in a 300-page graphic novel, the goal is the same: to build a world that can be shared, and to elicit, if even for just a fleeting moment, a connection from one person to another.

THE CENTER FOR CARTOON STUDIES

A Comics Academy, A Working Studio The young artist or writer can choose among hundreds of painting and writing programs. Aspiring film students also have myriad options for where they can study their craft, establish sound professional habits, and exchange ideas and contacts with peers and professionals. A growing number of young cartoonists are searching for a place where they are afforded similar opportunities. Established in 2005, The Center for Cartoon Studies offers budding cartoonists intensive one- or two-year courses of study through its Master of Fine Arts and Certificate programs. Students become proficient in several areas including illustration, design, computer applications, and writing. With an emphasis on self-publishing, CCS students not only make books but explore ways of marketing and distributing their work as well. The Center for Cartoon Studies is also a working studio. In collaboration with students, alumni, and many of todayâ&amp;#x20AC;&amp;#x2122;s celebrated cartoonists, CCS creates and packages graphic novels, comics, greeting cards, DVD inserts, posters and more. From Teenage Mutant Ninja Turtle comic book adventures to biographies of Henry David Thoreau, publishing houses and companies such as Disney, Hallmark, and Drawn &amp; Quarterly know CCS will produce arresting, thoughtful and visually stunning work. For a full listing of CCS courses or more information about the CCS studio, visit cartoonstudies.org.

In 1848 White River Junction proudly laid down the first railroad tracks on Vermont soil and in a few short years grew into one of the busiest rail hubs in the United States. At the height of the westward migration, one hundred steam locomotives a day left White River, taking farmers and livestock out to the prairies. For generations, the town has acted as the regional transportation hub for explorers, traders, travelers, and students. During America’s transition from the railroad age to the information age, White River Junction’s fortunes declined. But over the past few years a rapid transformation has been unfolding. Today, this small village teems with inspired, can-do spirit. Besides The Center for Cartoon Studies, the village is home to artists’ studios and galleries, a regional theater company, a printmaking cooperative, a music hall, and the Main Street Museum (a Vermont institution that has to be seen to be believed). White River Junction’s creative renaissance has sparked an economic revival. The village’s exciting marriage of art and commerce is spurring construction, attracting new businesses, and generating media attention, including articles in the Boston Globe and on the front page of the Washington Post. White River Junction is the geographic heart of Vermont and New Hampshire and is less than a five-hour drive to New York City. Sitting exactly halfway between Boston and Montreal, at the intersection of Interstate 89 and Interstate 91, White River Junction is a short drive to each of these dynamic cities.

Creating books is at the heart of The Center for Cartoon Studiesâ&amp;#x20AC;&amp;#x2122;s rigorous curriculum. CCSâ&amp;#x20AC;&amp;#x2122;s purpose is to create the optimal environment where good comics have a chance of getting made and read. Students are assisted by CCS instructors and visiting artists who are seasoned cartoonists, writers, and designers. At CCS you will immediately jump into the work of producing comics, zines, posters, and various publications. Most importantly, during the solitary, painstaking work of making a comic, CCS students are inspired by one another. 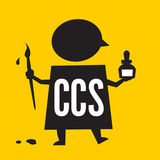 The Center for Cartoon Studies