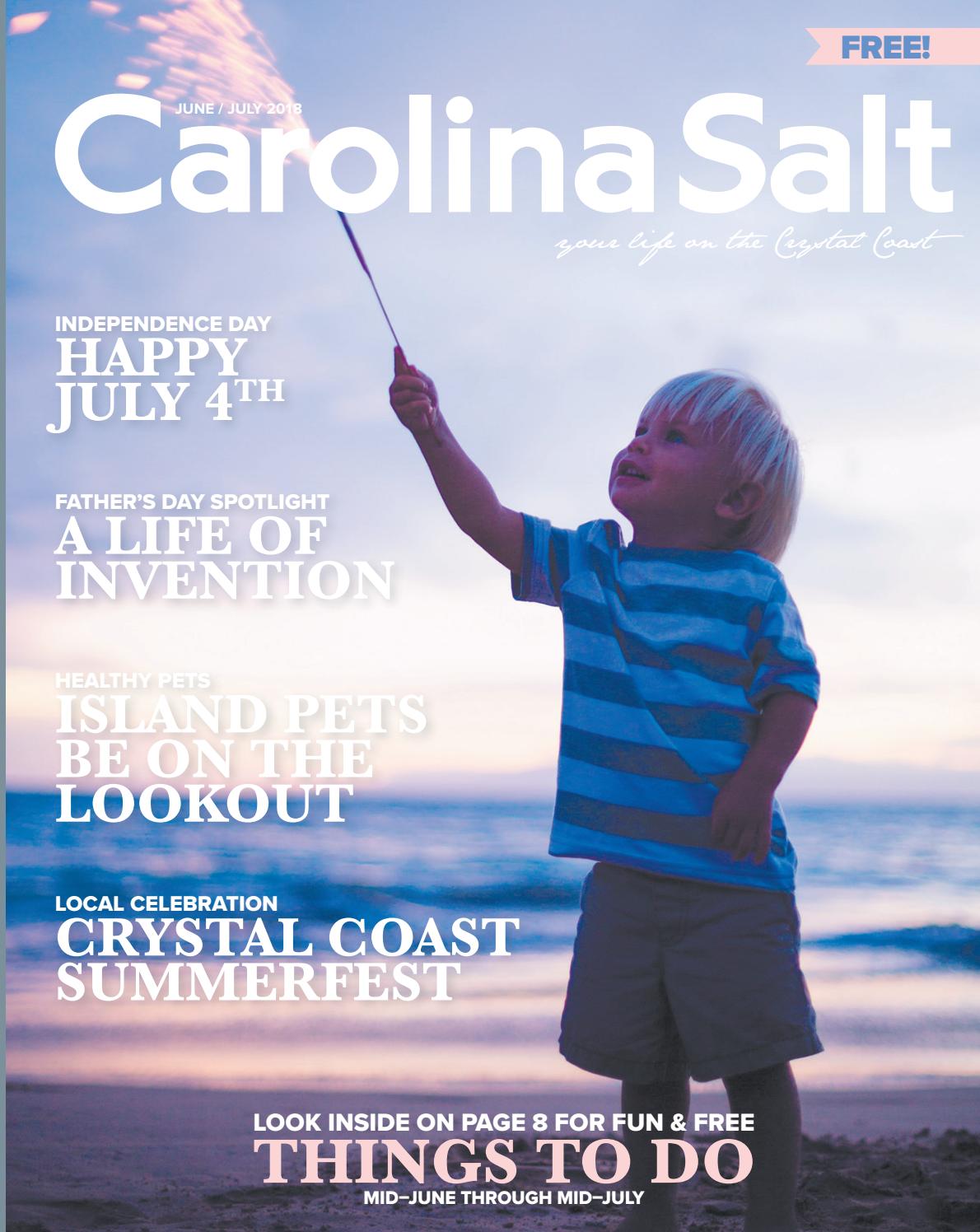 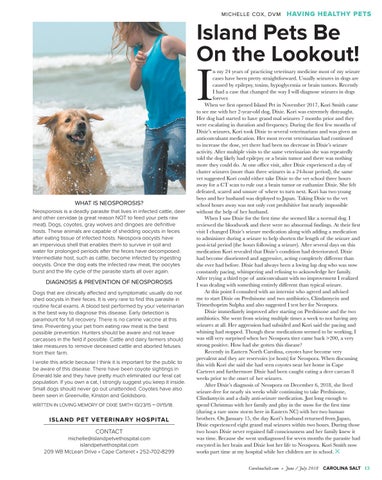 Island Pets Be On the Lookout!

I WHAT IS NEOSPOROSIS? Neosporosis is a deadly parasite that lives in infected cattle, deer and other cervidae (a great reason NOT to feed your pets raw meat). Dogs, coyotes, gray wolves and dingoes are definitive hosts. These animals are capable of shedding oocysts in feces after eating tissue of infected hosts. Neospora oocysts have an impervious shell that enables them to survive in soil and water for prolonged periods after the feces have decomposed. Intermediate host, such as cattle, become infected by ingesting oocysts. Once the dog eats the infected raw meat, the oocytes burst and the life cycle of the parasite starts all over again.

DIAGNOSIS &amp; PREVENTION OF NEOSPOROSIS Dogs that are clinically affected and symptomatic usually do not shed oocysts in their feces. It is very rare to find this parasite in routine fecal exams. A blood test performed by your veterinarian is the best way to diagnose this disease. Early detection is paramount for full recovery. There is no canine vaccine at this time. Preventing your pet from eating raw meat is the best possible prevention. Hunters should be aware and not leave carcasses in the field if possible. Cattle and dairy farmers should take measures to remove deceased cattle and aborted fetuses from their farm. I wrote this article because I think it is important for the public to be aware of this disease. There have been coyote sightings in Emerald Isle and they have pretty much eliminated our feral cat population. If you own a cat, I strongly suggest you keep it inside. Small dogs should never go out unattended. Coyotes have also been seen in Greenville, Kinston and Goldsboro. WRITTEN IN LOVING MEMORY OF DIXIE SMITH 10/23/15 – 01/15/18.

n my 24 years of practicing veterinary medicine most of my seizure cases have been pretty straightforward. Usually seizures in dogs are caused by epilepsy, toxins, hypoglycemia or brain tumors. Recently I had a case that changed the way I will diagnose seizures in dogs forever. When we first opened Island Pet in November 2017, Kori Smith came to see me with her 2-year-old dog, Dixie. Kori was extremely distraught. Her dog had started to have grand mal seizures 7 months prior and they were escalating in duration and frequency. During the first few months of Dixie’s seizures, Kori took Dixie to several veterinarians and was given an anticonvulsant medication. Her most recent veterinarian had continued to increase the dose, yet there had been no decrease in Dixie’s seizure activity. After multiple visits to the same veterinarian she was repeatedly told the dog likely had epilepsy or a brain tumor and there was nothing more they could do. At one office visit, after Dixie experienced a day of cluster seizures (more than three seizures in a 24-hour period), the same vet suggested Kori could either take Dixie to the vet school three hours away for a CT scan to rule out a brain tumor or euthanize Dixie. She felt defeated, scared and unsure of where to turn next. Kori has two young boys and her husband was deployed to Japan. Taking Dixie to the vet school hours away was not only cost prohibitive but nearly impossible without the help of her husband. When I saw Dixie for the first time she seemed like a normal dog. I reviewed the bloodwork and there were no abnormal findings. At their first visit I changed Dixie’s seizure medication along with adding a medication to administer during a seizure to help shorten the length of the seizure and post-ictal period (the hours following a seizure). After several days on this medication Kori revealed that Dixie’s condition had deteriorated. Dixie had become disoriented and aggressive, acting completely different than she ever had before. Dixie had always been a loving lap dog who was now constantly pacing, whimpering and refusing to acknowledge her family. After trying a third type of anticonvulsant with no improvement I realized I was dealing with something entirely different than typical seizure. At this point I consulted with an internist who agreed and advised me to start Dixie on Prednisone and two antibiotics, Clindamycin and Trimethoprim Sulpha and also suggested I test her for Neospora. Dixie immediately improved after starting on Prednisone and the two antibiotics. She went from seizing multiple times a week to not having any seizures at all. Her aggression had subsided and Kori said the pacing and whining had stopped. Though these medications seemed to be working, I was still very surprised when her Neospora titer came back &gt;200, a very strong positive. How had she gotten this disease? Recently in Eastern North Carolina, coyotes have become very prevalent and they are reservoirs (or hosts) for Neospora. When discussing this with Kori she said she had seen coyotes near her home in Cape Carteret and furthermore Dixie had been caught eating a deer carcass 8 weeks prior to the onset of her seizures. After Dixie’s diagnosis of Neospora on December 6, 2018, she lived seizure-free for nearly six weeks while continuing to take Prednisone, Clindamycin and a daily anti-seizure medication. Just long enough to spend Christmas with her family and play in the snow for the first time (during a rare snow storm here in Eastern NC) with her two human brothers. On January 15, the day Kori’s husband returned from Japan, Dixie experienced eight grand mal seizures within two hours. During those two hours Dixie never regained full consciousness and her family knew it was time. Because she went undiagnosed for seven months the parasite had encysted in her brain and Dixie lost her life to Neospora. Kori Smith now works part time at my hospital while her children are in school. € CarolinaSalt.com » June / July 2018 CAROLINA SALT 13