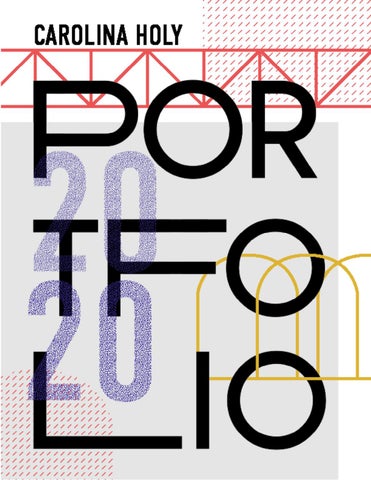 HELLO! My name is Carolina Holy, I am a recent graduate of Syracuse University. I consider myself to be a creative in many forms, designing through various disciplines and mediums including watercolor, illustration, and painting. I am excited to pursue a full time design position post graduation with the skills which I have acquired through both my formal architectural training as well as my self-taught creative skills. I entered the field of architecture because I believe that space-making and design is incredibly influential on peopleâ&#x20AC;&#x2122;s everyday lives. I hope to contribute to society through my creativity and problem solving abilities. Iâ&#x20AC;&#x2122;d be happy to answer any questions and would appreciate the opportunity of being interviewed. I can be reached at carolinaholy@gmail.com

Our thesis seeks to re-examine public space in Nigeria, or rather the lack of public space. We first analyzed Nigeria as a whole, where religious and ethnic differences where forcibly amalgamated into the construct of Nigeria. Nigeria is home to some 250 ethnic groups with the Yoruba, HausaFulani and Igbo as the largest tribal groups today. British colonial architecture took place of the different tribesâ&#x20AC;&#x2122; vernacular and after Britainâ&#x20AC;&#x2122;s rule, Nigeria sought to re-establish a new capital which materialized the new ideals and strengthened the coalition of various people. The capital was moved from Lagos to Abuja, which is where we have chosen to intervene. While Nigeria still struggles with its architectural identity and the public realm, markets act as the public space and welcome all of the diverse people of Nigeria. The market historically and presently acts as the main stage of transaction, production, and interaction. Rather than proposing a new master plan for the symbolic capital city, we believe strategic public micro-interventions within the market will serve as the ultimate Nigerian public space. In December, we traveled to Abuja to better analyze the most popular and largest market in Abuja, Wuse Market, and the needs of the people. Upon our visit, we developed three potential strategies for developing the market as an urban apparatus: Connection, Mediation, and Addition. We chose to further develop the strategy of addition. This project aims to superimpose onto the market in Nigeria by creating a guide for market vendors and the market authority to build what programs would be beneficial and would most need spaces. We created a catalog which consists of 3 predesigned steel structural systems from which they can choose from and which will be provided and placed by the market authority. Then, a set of modular plan typologies to accommodate the needs of the market community and are designed around the desire for social, productive or personal spaces. The additions to the placed steel structures are to be made of timber for easier construct-ability, resulting in a series of community driven interventions. We see the role of the architect as orchestrator in assisting this typology of public space. In collaboration with Ayebanengiyefa T. Wabote

DIGITAL ROCK This project was driven by the E-waste crisis in the Anthropocene epoch we live in today. It seeks to re-establish the relationship of architecture to the Earth as well as architecture to the non-human. The exercise first started with the creation of â&#x20AC;&#x153;digital rocksâ&#x20AC;?, objects which were made through various processes of cutting, shifting, and slicing while exploring the materials of raw Earth. These objects were then translated into the final E-Waste processing structure. The overall form is divided into two halves, a rigid and rough, stereotomic segment as well as a smooth, tectonic segment. The stereotomic structure consists of the mechanic processes while the other is occupied by human workers. A seam highlights the delicate relationship between the two while uniting them as well. The seam expands and contracts, encompassing an additional program, the robotics competition arena, Visitors drop off their e-waste which is then either reused to build the robots or shipped out to other facilities. This project was in collaboration with Austin Spencer.

This project seeks to connect two existing Syracuse University Florence buildings, Villa Rosa and the Villino, which were once located outside of the city walls, existing as two villas. Today, the city walls have extended much past the two buildings as the city grows more and more. It seemed only fitting to change the outdated villas, known for leisure time outside of the city and away from business/school, into palazzi. The project is driven by the initial collage I made of various Florentine and Italian Palazzo plans. The palazzi are then integrated into one large palazzo with a courtyard to unify them all as well as a rusticated base to fortify the institution.

The use of artificial intelligence has lead us to question our roles as architects in an ever changing technological society. Google Deep Dream is designed to find and enhance patterns in images though an algorithmic pareidolia. In this project specifically, Google Deep Dream is used to merge two reasonably paired buildings into a composition worth exploring. Furthermore, the results of Google Deep Dream reflect the odd building collages located in Toronto, Canada. For a project in Toronto I have chosen to pair Palazzo della Civiltรก by the architects Giovanni Guerrini, Ernesto Bruno La Padula and Mario Romano and Victoria College in Toronto. The regulated arches of Palazzo della Civiltรก merge with the native Toronto architecture to create a building with irregular arches, embedded with the silhouette of the historical college.

A statistical analysis of foot traffic and activity in DUMBO, Brooklyn to compare various intersections. This would later influence a project that would help eliminate contested spaces and better integrate a diverse population, making DUMBO accessible and welcoming to all people. In collaboration with Aditya Jain. The final project became a multi-religious spiritual center which encompasses a Hindu Temple, a Church, and a Mosque as well as several flexible spaces and non-affiliated meditational spaces. The three were chosen because these were the furtherest away from the community while also being the most common in the neighborhood. The three religious spaces are represented by three main volumes, all with the same square footage, and with equal access from the quieter, residential side as well as the busier street. However, one must first enter through interstitial spaces, which act as thresholds that unite people of different religions and demographics. In these spaces, phenomenological properties allows for someone to experience different forms of spirituality and religions, encouraging them to interact and feel more comfortable with different spiritual perspectives. For example, one may only hear the church organ and priest preaching but will be looking at a Hindu religious sculpture.

The city of Syracuse, NY is one which lacks in resources and artistic movement. This project seeks to introduce a new Arts Center which provides the private and public spaces necessary for the community. It incorporates a series of folds which divide the project not only into four sections intended for various program but also into private spaces on the upper floors and an open public space on the ground floor.

PROFESSIONAL WORK This project is an exploration of could-be designs for a Brookyln full-gut renovation project. Although these designs were never intended to be realized, this exercise served as practice for me, based on real perceptions, clients, and spatial conditions. This small home located in Brookyln would embrace big character. Inspired by Japanese homes, natural elements such as wood is incorporated into the design. Strips emphazise the verticallity of the facade to give homage to the wooden Japanese facades.

Work done in collaboration with another assistant project manager at Mikeâ&#x20AC;&#x2122;s Home Solutions. The house was redesigned to create better flow and optimize the space whilest maintaining the family homeâ&#x20AC;&#x2122;s original charm.

Work done in collaboration with project managers at Rodriguez Gambino + Laporta. The projectâ&#x20AC;&#x2122;s scope was to restore and renew this unique facade in 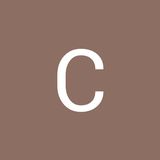 A collection of architectural drawings by Carolina Holy, student at Syracuse University's School of Architecture

A collection of architectural drawings by Carolina Holy, student at Syracuse University's School of Architecture