A life journey with Kolams 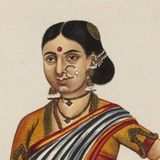 from Vaak Issue 04
by Carnatic Music 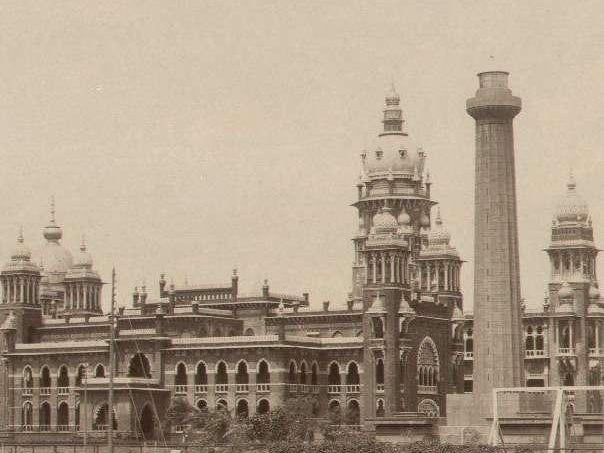 All it took was a handful of coloured powders to begin an amazing exploration of Indian imagination and a journey into the self. The call of India started with a book and a film. Contes et légendes de l’Inde was a shorter version of Mahabharata and carried the French girl that I was to the world of Indian epics. The second one, much later in my teens, was a film called The River, shot in Bengal by Jean Renoir a French director. The narration and the frames from the film both have deeply impacted my childhood and I searched for a book that would describe the astonishing drawing gestures seen at the beginning of the movie.

One day, heading to the library of Asian museum Guimet in Paris, I found a work titled l’Alpona ou les décorations rituelles du Bengale with illustrations from the painter Abanindranath Tagore, nephew of the poet, writer, composer, and Nobel laureate Rabindranath Tagore. Page after page, the booklet features geometrical diagrams, animals, birds, and everyday objects as well as descriptions of rituals.

The very first image that Jean Renoir offers to the audience is the sight of a feminine hand tracing a perfect white circle on the ground, followed by four petals facing the cardinal points while an off voice starts narrating the film: “In India to honour guests on special occasions, women decorate the floor of their houses with rice flour and water”. What an appealing custom, the gesture and the sitting posture are fascinating but why paint on the ground? Is there a reason? Is there a repertory or is it merely the result of a fertile imagination? Does the painting remain? The questions lingered in my mind for a long time until I decided to go to India.

Dots and lines to welcome the day

My introduction into the traditions and rituals of India spirited me first to Tamil Nadu, where designs festooned the ground front of each Tamil-speaking household. Just before sunrise, passers-by will be intrigued by the gestures of hands, repeated many times, raising dot after dot on what looks like a powdered canvas. These visual markers placed on the ground, these budding constellations created by women who fill up this earthly sky with their culture and imagination.

To this day, this exquisite custom of welcome continues in intricate dots echoing other dots, aligning themselves, either face to face or in alternate rows. A connect-the-dot game waiting for a line to sketch out the walls of a divine palace, the silhouette of an animal, a bird, or an everyday object. Dots inviting flexible, graceful, curved lines to pay tribute to the wide variety of real or imaginary flowers. Enmeshed lines with crossings made up of false twists and dead ends skirting around dot caper in all directions to better lose or slow down those who try to follow their path. Other women trace long parallel lines in slower and freer movements that almost flow, brushing the ground. The swaying of arms and the whole body, accompanied by winding gestures, somehow suspend the lines in a momentum that seems to never want to unite with the ground. These lines are equally fine with the absence of a dotted grid and soar unwaveringly towards the four corners of a square or as beams from an imaginary circle. There are strong, decided, brilliant lines that define the outlines of a Kolam. Emotionally tuned lines that curl up in volutes then return to their starting point, giving rhythm to the passage of time and to the reincarnations of the soul.

Kolam and what they tell me

Would it be ludicrous to imagine that these ephemeral drawings draw their contours and rhythmical consonances from the choreographies of the dancers of the past? These graceful designs connected to the earth call to mind the straight and curved lines of Bharata Natyam and the vigorous and joyous way it is grounded to the earth while reaching towards the sky. Like the hoary art form that took its birth in the temples, a Kolam, like dance, takes the form of curves, spirals, and delicate ornaments, it resembles the lasya aspect of dance; but when it is made up of parallel lines, it is the majestic, virile, and powerful dance of the Ananda tandava, which displays a quiet strength. Just like the alarippu, literally the flowering bud, a Kolam opens and illuminates the day, saluting the deities and passers-by. The interlacing and intermingling lines devoid of right angles borrow from the jatiswaram and thillana a certain nimbleness, then there are the rhythmical variations and the idea of creating beautiful forms purely for aesthetic pleasure. Meanwhile, the Kolam achieves perfection when it combines complex lines with a combination of different motifs and a rapid execution just like in the central piece of a recital, the varnam, literally meaning “colour”. The padam is described as a subtle narrative dance which is internalised and adapted according to the interpretations a dancer gives it. In the same way, a seasoned artist adapts the motifs of a graphic composition according to a story associated with a certain deity, the day of the week, or a religious holiday. The javali performed after a padam is more light-hearted, and in the past was addressed to a king. Today, the Kolam has moved away from the family puja room and doorstep and has adopted colours and bold shapes and forms. They celebrate contemporary heroes, everyday objects, and are used in advertising. There are even plastic versions which are devoid of religious meaning and are not much more than attractive visual designs.

Because the Kolam blossoms at daybreak and celebrates the Earth and the link that human beings maintain with her, I always compared it with a visual chant capable of waking up and silently educating the heart of passers-by. A painted prayer renewed every day and similar to the suprabhatam. The art of Kolam seems to borrow certain aspects of classical Carnatic music, notably composition and improvisation. Just as the musician chooses the pitch of a note based on the range of his or her voice or the instrument being played, the Kolam artist

delves into her repertoire of informal designs and proceeds to personalise it, adding her own devotion and religious expression. The musical composition is revealed through the raga or colour that defines its notes, inflexions, and melodic contours. As for the Kolam, it develops beyond its geometrical form with a medley of lines and figurative or abstract elements, thanks to the creativity and hand of its creator. Fine or bold lines, doubled or shaded, twisted, or stretched, the thick or fine lines embellishing the Kolam are like gamaka: subtle ornamentation that sways and curves, producing the ascending or descending notes of the melody form which give a particular mood to a raga.

In my eyes these ephemeral drawings appear to be geometrical metaphors illustrating the idea of time in Hinduism; a cyclical time where creation and destruction alternate, giving rhythm to the universe and human life. Sometimes, their silent presence offers me the unique opportunity to savour a moment of eternity and at other times, I have the impression I am beholding a miniature temple encircled by walls, and in the centre, its sanctum. It seems to me that my understanding of Indian and Tamil culture grew clearer watching the ritual of this feminine hand gesture, deciphering in a playful and visual way all the various philosophical speculations. Graphic recurrences, similar to the priest’s incantations, punctuate the passing of time. By repeating motifs or lines, we try at all costs to suspend the present moment. The hand tunes the breath on the delicate weft of dust, which becomes a pattern and immobilizes time. And that is when awareness of our finitude occurs, but in Hinduism there are no Parcae sisters to preside over human destiny by severing the thread of life, and there is no mode of despair, void or melancholy found in Vanitas still life paintings. Nascendo quotidie morimur, as we are born, we die, that could be the motto borrowed from Sénèque to suggest the intrinsic quality of Kolam. But instead of emphasizing fate, Hindu philosophies have highlighted the cyclical manifestation of the universe that appears and disappears, as the Kolam vanishes in the evening, to be born again the next day, revitalized. Hic et Nunc – here and now – that is what is at stake in this early morning maze. But one must start all over again to retain the images in this frail canvas, repeated over time; one has to harmonize breath to hand movements, to embrace the present moment, the whimsical thoughts, the metamorphosis of the world and the fleeting incarnations of the unspeakable.

The journey does not end there, there are so many streets and dirty roads to explore. Then, there is this exhilarating pleasure to discover with a pounding heart, a unique Kolam, unheard of, sitting there, majestic, on the threshold of a house and distilling throughout its short existence the fragrances named delicacy, enchantment, patience, humility, and serenity.

This story is from:
Vaak Issue 04
by Carnatic Music