Glass Is Elastic JON GLOVER was born in Sheffield in 1943 and grew up in south London. He studied English and Philosophy at the University of Leeds, where he met Jon Silkin and began a long association with Stand magazine. From 1964 he has helped to produce and edit it, together with Jon Silkin, Ken Smith, Rodney Pybus and Lorna Tracy and is now Managing Editor of Stand, working with John Whale and Elaine Glover. Jon Glover is an Honorary Fellow of the English Association, an Honorary Fellow of the School of English at the University of Leeds and holds an honorary doctorate from the University of Bolton, where he is Professor Emeritus of English and Creative Writing. He edited The Penguin Book of First World War Prose (1989) with Jon Silkin, and is currently researching the Stand and Silkin archives held at the University of Leeds and working on a biography of Jon Silkin and Silkinâ&#x20AC;&#x2122;s Collected Poems. Three previous collections of Jon Gloverâ&#x20AC;&#x2122;s poetry have been published by Carcanet.

First published in Great Britain in 2012 by Carcanet Press Limited Alliance House Cross Street Manchester M2 7AQ www.carcanet.co.uk Copyright ÂŠ Jon Glover 2012 The right of Jon Glover to be identified as the author of this work has been asserted by him in accordance with the Copyright, Designs and Patents Act of 1988 All rights reserved A CIP catalogue record for this book is available from the British Library ISBN 978 1 84777 114 8 The publisher acknowledges financial assistance from Arts Council England

for Nancy Shaver and Jackson

Acknowledgements Some poems from this volume have appeared in the following journals: PN Review, Stand, Poetry and Audience, Review LISA / LISA e-journal, vol. VII, no. 3 (Caen, 2009), and in Jemimah Kuhfeld’s The Laurel Crown – a collection of poems and portraits. I acknowledge generous interest, advice and friendship from colleagues in the Universities of Bolton and Leeds. Support from Robert Campbell, George Holmes, Sam Johnson and Peter Marsh, in terms of time and finance for research, including writing poetry, is acknowledged with gratitude. These individuals have been important in reading and discussing these poems: John Barnard, Carole Bromley, Anne Caldwell, Shirley Chew, Mary Cooper, Hannah Copley, Mick Gidley, Phil Isherwood, Janette Jenkins, Evan Jones, Zoe Lambert, Ed Larrissy, Bethany Layne, Grevel Lindop, Owen Lowery, Michael McCarthy, Ian McMillan, Dorothy Nelson, Stella Pye, Amy Ramsay, Sheila Roe, David Rudd, Michael Schmidt, Les Smith, Simon Smith, Julian Turner, Jeffrey Wainwright, John Whale, Pat Winslow, and many recent MA Creative Writing students including Leon Borders, Varney Cooke, Michelle Paramanantham and Anita Parmar. Dr Charles Lee provided an inspirational role in explaining Ancient Greek geometry. Chris Sheppard, Head of Special Collections in the University of Leeds, has helped to provide a scholarly and creative environment invaluable for the study and writing of poetry. His colleagues, including Kathryn Jenner, have helped in the production of this book and others under way. Rachel Falconer, Adam Piette and the late Sean Spence of the University of Sheffield helped directly and indirectly with the ‘Narcolepsy’ poems. The Seamus Heaney Poetry Centre at Queen’s University Belfast organised a heartening conference on poetry in the autumn of 2010 which helped this new volume to progress. The staff of Carcanet Press have offered faith, imagination and efficiency – thanks to Eleanor Crawforth, Michelle Healey, Pam Heaton, Alice Mullen, Okey Nzelu, Stephen Proctor, Michael Schmidt, Christine Steel and Judith Willson. My wife Elaine has, as ever, encouraged my writing as have Abby and Rhiannon and their husbands and children. Thank you all. vi

Contents Hand It On Mercator’s Projection National Grid Minute Don’t Go There Whithorn First Impressions and After Nothing Brighter or More Blank Evidence With Verbs Cold Gets Inside Breath Would It Were Re-Hanging the Pictures Narcolepsy Ward Round Operating Lists Or Smear Narcolepsy Preservations Glass Squares Her War Poems Intravenous Brooklyn Bridge to the BQE And Personal Not That Great Expanding Today’s Last Site Key-Cutting Life Chewing Apple Inaudible, I Don’t Think Presentations The Cutlery Trade The Optician’s Shop Window Timing Playtime Slide Rule Two Childhood Sonnets Like Beauty There Was Once

Electric Hard Covered Gardens or Craters Looking at the Matterhorn, Honestly Snowfall The Road Was Icicles On Adelphi Street The End The War of 1812 Again Solder Classwork Bathing Sites on the Niagara River Gateways Dr Johnson Out and About Touring Getting to Staffa Steam Engines Back Story Gardening Macular Degeneration If and Only If Theorem A Narrative In the Late Today Tangent The Car Rolls Over and Out Euclid Divide the Years Down to Seconds Glass Is Elastic Generosity Shining Forsythia Disposables Tears Cut-Out Silence Nerve Fibres

Note Sleeping Sickness, Narcolepsy and the ‘Narcolepsy’ sequence of poems 117

Hand It On Counting the birds’ wings’ most intense beats for, I guess, one-and-a-half seconds till they stop and loop downwards for halfa-second more in silence, it’s so much like taking a photograph as a way of speaking of what we’ve seen. Or hand-and-finger-signing through some impairment, possibly. If I can reckon it and time it, that’s surely a composition, the way to make it an inheritance. Hand it on. I like that, counting the way the birds fly, on and in your hands, tapping flight out as a real token that I can hear, sorting out simple change from a new commodity. It can build up like solid coinage. Instant, handy as such. Though hard to follow the trick. Where’s that real number behind my skin, the sounding, clapping game? A sort of mathematical palmistry. I can count on those lines and creases being there. But the other pictures that slither through are all wings, just gone immediately. I’m having you on. Stop it. Feel the prints, so well exposed. If you know what you see next I wonder if you’ll know yourself. Tap the message quick, the rhythm of your agile fingertips. There, its database past telling. Just as pressing clean sheets of photo paper into a dish of hypo fixed whatever it was, caught in the dark and the safe-light, fluttering unheard. 1

Breath Those butchers’ blocks were anarchic. The very possibility of such thick wood being hewn and carved and beaten into evolving hills and dips was beyond the stock of carpentry or turning or the repeating patterns of isobars on a weather chart day after day or contours on a map. Split bone, split blood, split cells. Fat so ready to re-tie with string round a nice joint. And the scraped wood goes onto the floor. What’s to enjoy about that, I wonder? The leavings of a very professional dissection swept up and mopped down. Weighing just enough for the next day and the next day. Scales cleaned up as if they need to know how much they will allow to pass through the inside of my lungs – that stuff, oxygen, of course – to keep it all going. Chipping away and never sure of tomorrow’s smell.

Electric Coils are to slow electricity down or speed it up – whichever is truly memorable. Industrial winding round cotton-reels or cardboard cores. Wooden centre-posts scooping up the energy like candy floss. Mysterious spinning drums. Voltage is constructed somewhere else. Think of those crazy words: ‘power station’. Coal-fired, hydro-electric, nuclear or wind or tide. Song-like imprisonment for the force that waves along with rolled-up impulse. I’d like it to be coloured like reels of thread that spread from spool to tightening spool in a sewing machine’s hidden stress.

Macular Degeneration So, new but, inevitably, the star hasn’t happened yet though it’s waiting, three hundred times bigger than our sun. Or, adjusting its illumination to shine up peacock feathers in expansion, click, click, in a park up the road. Go for it. Don’t blink. Nobody’s looking, nobody’s seeing. It would be a reward in a dark corner if it could. Light’s incremental fear is waiting to take over. The scores go drifting up. Do, in your head, the maths of macular degeneration, and billions of years come together. Infra/ultra/fine pre-chiasmal pics back up inside. Rule off light’s speed. Years of such big stars queuing up to be archived. So quiet in here. The space telescope that picked it out will have no power soon. Blot up the little creatures of ecstasy. It was lovely for seconds. 94

Forsythia Textbook stuff – Latin names, parents for plunder, empires galore. Names from the first who claimed to spot a plant alive in situ, grow it home in glory. Ready freight? For you, my dear, surely brighter this year. Worthy forsythia’s out again. Glue, the boiled bones that stick our seasons. Fast, they go. More flummoxed roaring gas under the glue pot, bright yellow fright without a glance to burrow in the glow. Winter’s end. Noise and bubbly, sad dying gold just a few atomic structures distant from state-of-the-art decomposition. It’s lovable through any window – you can see the shapes but not touch. Years have gone by. Whizz. And spring next, adhesion made of waste bits, though no old tendons pull towards next year. Stew this for someone else’s holier battle. Wave now! Off they go. The seasonal liquid’s set fair. What offerings! What would it smell like next? Slaughterhouse droppings for sweet old dry summertime. Join, join. Blooms fall and fly. 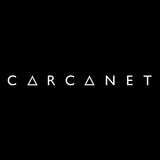 Glass Is Elastic by Jon Glover

Glass is Elastic is a book of surfaces and reflections, mirrors and windows. What do we see – what do we know – in a world experienced throu...

Glass Is Elastic by Jon Glover

Glass is Elastic is a book of surfaces and reflections, mirrors and windows. What do we see – what do we know – in a world experienced throu...