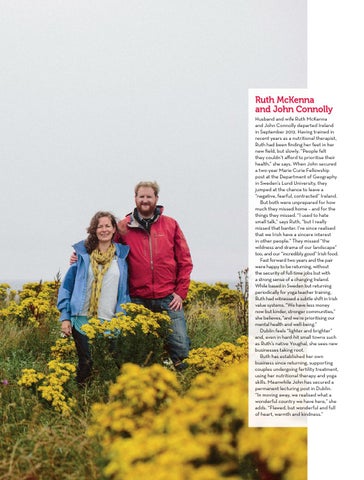 Husband and wife Ruth McKenna and John Connolly departed Ireland in September 2012. Having trained in recent years as a nutritional therapist, Ruth had been finding her feet in her new field, but slowly. “People felt they couldn’t afford to prioritise their health,” she says. When John secured a two-year Marie Curie Fellowship post at the Department of Geography in Sweden’s Lund University, they jumped at the chance to leave a “negative, fearful, contracted” Ireland. But both were unprepared for how much they missed home – and for the things they missed. “I used to hate small talk,” says Ruth, “but I really missed that banter. I’ve since realised that we Irish have a sincere interest in other people.” They missed “the wildness and drama of our landscape” too, and our “incredibly good” Irish food. Fast forward two years and the pair were happy to be returning, without the security of full-time jobs but with a strong sense of a changing Ireland. While based in Sweden but returning periodically for yoga teacher training, Ruth had witnessed a subtle shift in Irish value systems. “We have less money now but kinder, stronger communities,” she believes, “and we’re prioritising our mental health and well-being.” Dublin feels “lighter and brighter” and, even in hard-hit small towns such as Ruth’s native Youghal, she sees new businesses taking root. Ruth has established her own business since returning, supporting couples undergoing fertility treatment, using her nutritional therapy and yoga skills. Meanwhile John has secured a permanent lecturing post in Dublin. “In moving away, we realised what a wonderful country we have here,” she adds. “Flawed, but wonderful and full of heart, warmth and kindness.” 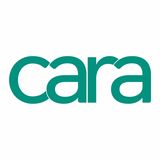