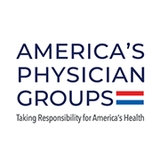 from 'The Journal of America's Physician Groups - Spring 2022 Conference ...'

A Holistic Approach to Help Pr...

America’s Physician Groups is a member of Californians Allied for Patient Protection (CAPP), 1 the statewide coalition to protect access to healthcare through the Medical Injury Compensation Reform Act (MICRA). This is a California law that has stood for over 50 years, reducing the cost of malpractice coverage and helping keep healthcare costs significantly lower than other jurisdictions.

MICRA ensures that injured patients receive compensation while preserving access to healthcare by keeping providers in practice and hospitals and clinics open. Without MICRA’s protections, many of California’s most underserved populations would face reduced access to these much-needed services.

In a surprise move, the parties to this MICRA fight reached agreement on a compromise.

An initiative called the “Fairness for Injured Patients Act” (FIPA) qualified for the ballot this November and, if passed, would have effectively eliminated these protections. Funded by a wealthy out-of-state trial lawyer, the proposition was an end-run around MICRA.

California ballot measures usually involve amendment of the state’s constitution and contain language that, once adopted, cannot be easily changed through subsequent legislation. California wisely passed rules some years ago that enable the Legislature to pass alternative language through its regular process of lawmaking.

In a surprise move, the parties to this MICRA fight reached agreement on a compromise and will avail themselves of this alternative legislative pathway.

The outline for the compromise solution under Assembly Bill 35 was released publicly on April 27. As this article goes to press, this compromise includes the following key provisions:

4. Current law limits a plaintiff’s recovery to $250,000, regardless of the number of defendants. This proposal creates three separate categories of defendants for a total of three possible caps:

5. At the request of either party, periodic payments can be utilized for future economic damages starting at $250,000 (presently at $50,000).

6. The current structure for attorney’s fees has been modified to simplify it.

7. Protections have been included for providers who make statements about fault prior to litigation.

The result is that MICRA, a 50-year California law, will be modernized in a way that improves justice for injured patients while preserving the underlying principles that have made it a successful policy over the past decades—ensuring access to care and protecting our healthcare delivery system from runaway costs. The law’s key provisions will continue unchanged—including advance notice of a claim, the one-year statute of limitations to file a case, the option of binding arbitration, early offers of proof for making punitive damages allegations, and allowing other sources of compensation to be considered in award determinations.

This experience underscores the value of APG’s participation in the CAPP coalition over the past two decades. Through CAPP, APG and other provider-related associations found common voice to defend MICRA and thus preserve a provision that has maintained access to care while keeping malpractice coverage costs within practical bounds.

Our thanks go to Lisa Maas, the Executive Director of CAPP, who has been a friend to APG and its members for these past several years. Each year, Lisa leads a process whereby CAPP members meet with candidates for legislative office to explain the value of MICRA. Lisa also leads several interactions with elected legislative officials during the year. APG and its members have participated in these meetings and have hosted events along with CAPP on several occasions.

These activities have been integral to finding a compromise solution. For its part, APG will continue to participate in CAPP and to maintain the modernized version of MICRA that evolves in this legislative session. o