Winter Pool 2019 Entry What is the winter pool? The University of Cambridge receives more than 19,000 applications for around 3,400 places each year. The ‘winter pool’ (also known as the inter-College pool) is designed to ensure that the best applicants receive an offer of a place regardless of the College to which they applied or were allocated (in the case of open applications). If a College is over-subscribed in a particular course, strong applicants are put into the winter pool for other Colleges to consider. All Colleges can consider pooled applicants and Directors of Studies in each subject meet during the admissions period to discuss the overall standard of applications so that they can see how their own College’s applicants compare – Colleges would rather admit a strong applicant from the pool than a weaker applicant who applied directly/was allocated to them. As a result of being placed in the winter pool:    

What happens during the winter pool? The pool takes place over three days in early January. All pooled applications are available for consideration by Admissions Tutors and Directors of Studies. Colleges seeking further applicants in particular subjects have the opportunity to review pooled applications and the option to re-interview candidates or to offer them a place without further interview. Admissions Tutors also use the pool to look at applicants from other Colleges before confirming all their offers.

What do applicants need to do? There is nothing that you, your teachers/advisers, or your parent/guardians need to do and you shouldn’t contact any College during this time.

January interviews If another College wishes to re-interview you, they will contact you in early January (probably by telephone or email – please try to ensure you are available on the telephone number provided as part of your application and check your emails, including the junk folder, regularly) – see the timetable overleaf for January 2019. Please note that if you’re invited to be re-interviewed you may hear sooner than most applicants about the outcome of your application. Before the January interviews, it’s a good idea to do some research about the College that’s going to re-interview you to familiarise yourself with it – have a look at the College website (www.cam.ac.uk/ugcolls) or check the entry in the University’s Undergraduate Prospectus.

You may also find it useful to re-read your application (and any submitted work) and look at the information and films about preparing for interviews on the Undergraduate Study website at: www.cam.ac.uk/interviews. If you have any queries about the College offering you a re-interview, you can telephone the College Admissions Office or, of course, ask questions at the interview itself. If you’re concerned about the cost of travelling to Cambridge for a second interview, please advise the College offering your re-interview.

The outcome of the pool Following the pool, all applicants will be informed of the decision on their application. This is due to take place on 14 January 2019. If you receive an offer from a different College through the pool, you should in no way feel that you’re somehow ‘less good’ than those offered places by their preference/original College. Bear in mind that the purpose of the pool is to ensure that the strongest applicants’ chances of admission aren’t dependent on College choice/allocation. In addition, students who were pooled do equally well academically as those who received an offer from their original College. If your application is pooled but you’re unsuccessful in gaining a place, it’s important to realise that there may be many very good applicants in the pool who aren’t offered a place. We’re constrained by numbers (in terms of both the size of Colleges and University departments) and can’t take all those who have the ability and potential to do well at the University.

Selected applicants invited, by telephone or email, to return to Cambridge for second interviews (which are expected to take place from 10 January onwards, though dates will vary according to College).

Some facts about the winter pool in 2018 

4,318 applications were pooled in total.

172 pooled applicants were invited for a January interview.

1,183 pooled applicants were made offers, and of these:

1,107 received an offer without being re-interviewed

229 pooled applicants received offers from the College that pooled them. 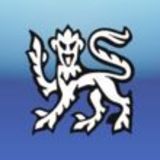 Guide to the Winter Pool 2019 Entry

Guide to the Winter Pool 2019 Entry