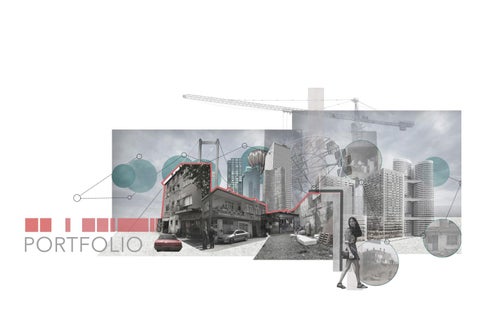 Irregular volumes that create variety of private and public outdoor spaces. The building which they tare located in Kurbagalidere sight, harmonise with neighbouring structures organically connecting old and new. The users can flexibly combine their houses with green areas, extension alternatives or sharing with the other users as a public space. The occupation and usage of the urban tapestry can be public private by means of the implementation of strong inhabitable infrastructure. The result is a flexible and open building structure. Creating connections between two sides which are seperated from each other because of the main road. So this connections bring more flexible using which as Connective boundary, Domestic core, Cultural core. Human beings creating volumes. Prototypes for the occupation of spaces as models that could subsequently be adapted to the specific situation. Architecture should be the main tool in the formation process of future societies; Livable spaces, Sustainable.Communication between different parts of society creates enable space of interact with people. Come together and develop strategies for their new living environments. Aware of the context, step gently and be ready to listen, observe, think, fail, act and explore. Allowing other users to modify and create the future building. Vertical open space is a symbiosis of built and open space and combination of architecture. Architecture will become ubiquitous and available for everyone.

Urban transformation is the reorganization of a significant part of the city in a way of keeping up with industrialized world. Urban renewal projects should take humanity as an important basic element and make this artificial environment more livable and sustainable for all people. On the other hand, in our changing world urban transformation has caused considerable destruction for the purpose of supplying unearned income for major construction firms and government. As a result of this situation, urban renewal projects has become less human induced and it brings about migration and gentrification on rearranged area, people who are living in this rearranged area and city. Creating new environment to supply better possibilities for people, urban transformation should be in collective way with all people who are living in this reconstruct area and the others. According to Dr. Samlee Plianbangchang,who is the Regional Director of WHO for South-East Asia, â&amp;#x20AC;&amp;#x153;Urbanization is one of the major threats to health in the twenty-first century. Closing the urban equity gap and promoting healthy city requires urgent action, including the efforts of both rich and poor urban dwellers. To reap the potential benefits from urbanization, we must act collectivelyâ&amp;#x20AC;? (2010,April). Fikirtepe has special urban texture with old characteristic buildings and street life.Adaptation to the existence situation. Losing of existence pattern in the area because of the urban renewal projects. One of the street or living space lexture can affect people life deeply and invisibly. So, sustainability of these patterns of living spaces can be supplied by consciousness. People,who are living in Fikirtepe, are forced to find another spaces for living or forced to life in the new constructions. Whats next after the gentrified of the area? Definitely people! They sold their living spaces and they lost identificitain and soul of the street life. Alienation of the pattern of excistence situation and no adaptation to the new urban projects. In the future people will be lost their cultural speciality and they will be locked of communication and interaction with public. Other one is based of city gentrification. Increasing conflict of the communal and ideological sytems. After that cities will begin rebuild with the new ideologies which are not based to human consciousness. USER DEFINED EXTENSION GAPS

DISTOPIA:SELF SUFFICIENT ZEYTINBURNU Minimum escape points were formed by dividing the Çırpıcı meadow into 5 main boundaries. It was considered to start designing by dividing the time of each boundaries in project time. Construction of the vertebra and main boundary was started in order to create temporary residential areas that could be needed for the residential needs the area when occur emergency use. In order to be prepared for any disaster situation, the distance between the boundaries was considered to be directly proportional to the duration of the main axis. It was also maintained at the upper layer of centers in order to be able to maintain the coexistence of the boundary and the defensive axis.

Seperations of boundries into functions

Disaster situation and usage the area

Housing units have strong interaction with structure and they create intersection boundaries in this structure. Every housing units produce interference and these interferences connect with social zones. Units are positioned in the structure according to the light needs of the garden. In order to allow the sun to enter the housing units and to allow enough light transition to the gardens. These areas create common spaces for people who are living in the housing units like terraces. Intersection between the two housing units create bridges to provide wider farming opportunuties. The pots, which are easily transportable, provide landless farming. BUILDING SECTION IN 5 YEARS PERIOD

To connect the port with BeylikdĂźzĂź we planned to design educational center out of containers to make the area more attractive to the inhabitants. Due to our survey we are planning to inculude one of the fingerpiers public space and educational center which make the shoreside enjoyable and liveablefor students. It also should be provide accommodation for students as dormitory. Another important point care about the low income and specially the working people at the port. Anew low income and espacially the working people at the port.A For educational issues we are planning edcational center which includes high school and dormitory for the families and an evening facilities to improve level of education of the workers. To make more use of the surrounding environment, we want to gain energy from the sun/wind or geographic systems to make the whole area of the port more sustainable. The special structure of the pears give the oportunity to create spaces for freetime activities for example like wake-boarding.The new housing areas and public spaces will benefit the beautiful view of the sea. 32

URBAN ANALYSIS OF THE HARBOUR

Knowledge fields into a rich and varied learning experience, weaving together exteriors and interiors, the public and the community. School building into three divided plots and suggests instead an integration of both school public programs within an overall field condition. This education complex which includes high school and dormitory is transforming a public pathway from a shortcut to a destination, creating a vertical division between the restricted learning environments on higher levels and the public functions (cinema class, theatre hall, sport facilities,vocational class, multipurpuse, etc). And also it provides to access between educational center and the along of the pier. By situating the learning spaces above the public zones , new intimate learning conditions are being developed, where distinct expertise and knowledge areas (Science and Technology, Vocational classes, Arts and Designs, Sports) are nurtured and explored. While knowledge clusters are defined through program and organization, an interconnected fabric of gardens, patios, terraces and informal learning spaces propagates cross fertilization and interdisciplinary learning experiences across fields of expertise. Each vocational clusters creates varrious class. EXTENSION clusters that encourage small group collaborations and individual work. The Cluster is organized according to sustainable principles and around a unique patio space. Independent in their nature, the knowledge clusters are combined into an overall open ended assembly that suggests future growth and flexibility while retaining a strong sense of place, specificity and character.

A composition of three modular structural grid represents the way the living units are organized to access system as well as structural consideration in specific prefabricated sides. While the dimensions of the living units were fixed to the frameâ&amp;#x20AC;&amp;#x2122;s containers, guaranteing their flexibility in terms of MOBILITY, the common areas dimensions were fixed according to both the room program, and their approach of being flexible for other functions when not used the buildingâ&amp;#x20AC;&amp;#x2122;s inhabitants need.

ARCHITECTURAL COMPETITION Gasometer is an important element in the history of Istanbul. During the design process, generating land’s stories has became the main idea. In order to re-create stories, “trio installation” idea has been use. In the area, tthere were three gasometer structures that has been built and demolished over the years. Main idea is to create three traces in the land. In order to do this, a ramp is used to provide connection between old structure addition building and new museum buildings.Ramp also represents a connection between old and new. It is a visible exterior element for landscape but it is also a circulation element for the interior of new museum building. While the ramp creates the second trace, one trace that will complete the trio works as its negative at the horizontal gasometer buildings; a ditch filled with water.

There is a great isolation between citizen and shore line at Bakirkรถy. Relation with water that can be not contacted, made the area monotonous and carried the design to the farther point. Profile of the Bakirkรถy that is in the past years for citizen not only disappear but also be assimilated. Try to be flexible at the design process to remind that water is an imbortant member of the city, and provide the interaction between water and the area. One of the significant reason of the disconnection at area, elevation difference between Kennedy Street and seaside, try to solve with landscape design and the street and the shore. Pedestrian overpass has an mismatch with the area thet facing, and this situation made the harder touching the water. Interaction with water solved with facing the view-touch the water-become integrated with landscape design. Also, recommended a design for to create activity areas, by made differences at the whole seaside. Made a landscape design to not lose the facing the view and to continue that at every points, on the other hand a square is lengthened to the water to answer necessity of the fisherman boats.

Creating boundaries and connection between eachother

Strong connection between design,landscape and water

4 STEPS FROM BALANCE-MARCO TERRANOVA “4 Steps from Balance is a place to rest, to reconnect with nature. It’s a raised wooden cradle to take care of a young oak that will grow through it. It has been built inside IFAC 2015 an International Festival of Art and Construction with a team of young students coming from Basque Country, Lebanon, Macedonian, France, Turkey and Egypt. It’s made of larch and oak wood coming from a local saw windmill. A cradle born on site, through a partecipatory design and building process, involving the local community, the Ecodorp ecovillage.”

Here is my portfolio! I hope that you can enjoy. I designed it during my BSc. Architecture in Istanbul Technical University and my first proffesional job in Adnan Kazmaoglu Architecture. 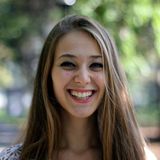