from The Message
by cammonline 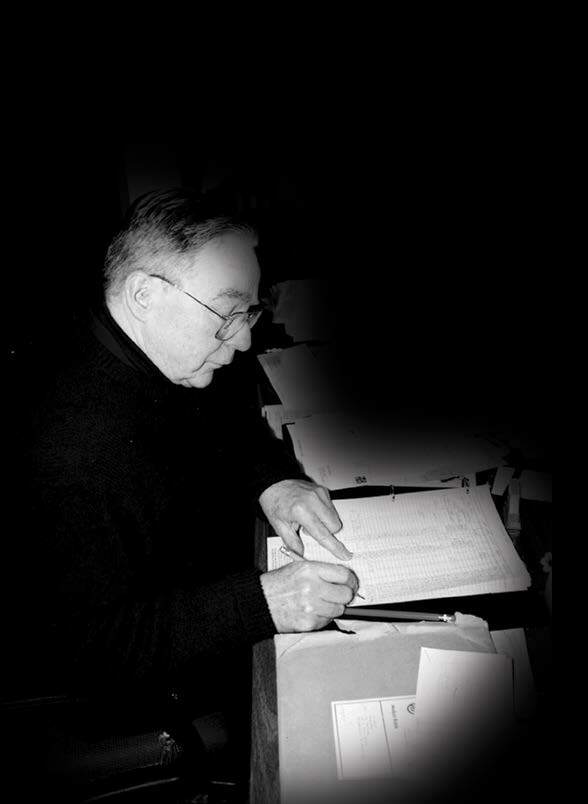 The Journey of an Inner City S...

Meet the Fathers Prior.

Many families are blessed with two or more vocations, and each who is called by God has a unique journey, as well as similarities experienced with their siblings. Such is the story of the Priors, four brothers who shared a lifetime commitment to priestly service through the Congregation of the Mission.

If there’s a special place in heaven for the mother of a priest, then Anna Marie Prior has prime real estate in paradise. Of her five sons, four became priests, most notably Vincentian priests.

The Prior family story begins in Bayonne, New Jersey, where Anna Marie and Abraham, two devout Catholics, settled to raise a family. Their first three sons, Frank, Jim and Bob, were born in close succession. Their younger two sons, Tom and Jack, came a few years later. The growing family lived a peaceful, faith-filled life surrounded by relatives and a tightknit community of religious believers. According to Frs. Jim and Tom Prior, CM, their mother’s extraordinary devotion to family and faith is the key factor that influenced their vocational discernment.

“Mom went to mass every day of her life,” says Fr. Tom, son number four. “She would take all five of us with her to church every day, and then walk us across the street to school. From this early start, mass and devotion to a religious life became influential aspects of our lives.”

While their mother’s spiritual influence began their formation, it was the actions and admiration of a Vincentian Priest that helped sort their desire for the clerical role and actual vocation. Fr. Frank Hinton, CM, a Vincentian, whose sister was married to one of the Prior family cousins, inspired the brothers through personal accounts of his ministries.

At the tender age of 13, Frank, the oldest son, asked his parents if he could learn more about the Vincentians. His father and uncle obliged and took him to St. Joseph’s College, a high school and college seminary in Princeton, New Jersey. It took one trip to convince Frank that this was the path he wished to follow.

In rapid succession, brother after brother followed the same journey attending the Vincentian Seminary Minor for six years, and then two years at the novitiate at the Eastern Province USA Vincentians in the Germantown area of Philadelphia followed by six years at the former Mary Immaculate Seminary in Northampton, Pennsylvania. While youngest brother Jack did not become a priest, he did enter the seminary for six years, so that at one point all of Anna Marie and Abraham’s sons were in the seminary together.

The brothers have crossed paths throughout their religious careers. At one time, Frs. Frank and Bob both taught classes and worked in the administration at St. John’s Preparatory School in Brooklyn, New York (Fr. Frank eventually became headmaster of the school). They were so loved and appreciated by the school community that students affectionately referred to the school as Priors’ Prep.

Fr. Frank spent the bulk of his ministry in education. He was a well-known and respected member of the Niagara University community (a Vincentianrun school of higher education in New York) for more than 30 years. He served in a myriad of capacities: English professor, vice president for institutional advancement, member of the premedical and pre-dental recommendations committee, and the university judicial board. For a time, he also coached the debate team.

On the 50th anniversary of his ordination, Fr. Frank was awarded the university’s highest honor, the President’s Medal. In his role as vice president for advancement, he raised millions of dollars for academic programs, building projects, and scholarships. He was instrumental in securing the largest single gift in the history of the university, a five million dollar donation from an alumnus. He was also associated with another Vincentian university, St. John’s, where he served on the board of trustees and was awarded the honorary degree of Doctor of Humane Letters. Fr. Frank passed away in 2006.

Fr. Jim has been a fixture at Our Lady of Mount Carmel, an Italian parish nestled in Roseto in the heart of the Slate Belt in Pennsylvania, for more than 50 years. His ministry began in 1964, when he was “loaned” to the Diocese of Allentown to serve as principal of Pius X High School across the street from the church, a position he held for 18 years. He eventually became assistant pastor and then pastor in 1993.

When asked about his longevity at the parish, he laughs. “I think my warranty is wearing out.”

Fr. Tom served in several ministries, including St. Vincent’s parish mission school in Panama, St. Thomas More High School (Archdiocese of Philadelphia), and St. John’s Preparatory School in Queens, New York. Years later, he became part of the Miraculous Medal Novena Band for 28 years, traveling the eastern United States and giving novenas in honor of the Blessed Mother. For the last 14 years of this ministry, he was stationed at St. John’s University in Queens, New York.

Fr. Tom joined the Our Lady of Mt. Carmel parish community about two decades ago, serving as an assistant pastor alongside Fr. Jim. The brothers enjoy living and working harmoniously in their parochial duties. Additionally, they minister to the sick in six regional hospitals and four nursing homes. When Fr. Tom joined Fr. Jim at Our Lady, fellow priests questioned how well they would get along working together. For them, it was never a problem.

“We get along well,” said Fr. Tom. “Jim does all the paperwork, which frees me up to take care of the hospital visits.”

The religious journey for brother number three, Fr. Bob, was not as direct as that of his siblings. A year before beginning his diaconate, he left the seminary to take care of their mom. During this time, he taught at St. John’s Preparatory School and Holy Family in Bayonne, New Jersey.

After Anna Marie’s death decades later, Fr. Bob hoped to return to the seminary to finish his religious instructions, but was nervous he would not be welcomed back after his long absence. Fr. Jim recalls how this was to the contrary.

“The Vincentians welcomed him back with open arms,” says Fr. Jim. “Of all of us brothers, Bob was the most suited to be a priest.” By the age of 66, he completed his studies and preparation for the priesthood and began his ministry in education.

Fr. Bob died November of 2018. During his homily at the funeral Mass, Fr. Frank Sacks, CM, recounted Fr. Bob’s attributes. “Confreres who attended St. John’s Preparatory School remember Fr. Bob fondly as an excellent teacher—some would say their best teacher. He was noted for his good sense of humor, his willingness to always be helpful, and, not surprisingly for a true Prior, his support for the Yankees.”

SECRETS TO OUR SUCCESS

“We were never, ever forced to be priests,” Fr. Tom emphatically states. “We always had our own clear paths, and no one ever tried to convince us otherwise.”

So, what was the secret element that the Priests believe led them to their religious vocations?

Fr. Jim simply states, “The main ingredients of our vocation are family life, and devotion to Mass and the Eucharist.” They agree their parents set the stage by cultivating a strong, holy familial environment and strict observance to Catholicism. When asked why they chose to follow a Vincentian vocation, their answer aligns with that of St. Vincent’s mission.

“It’s a practical ministry—the hands-on ability to bring Christ to the people and St. Vincent’s primary concern for the spiritual salvation of the poor,” says Fr. Jim.

“There are many factors that attracted us to the Vincentian ministry, but I think the most important ones are the confrere support in a communal atmosphere, and the many and varied types of ministries we can serve whether it be parish work, global missions, or teaching,” acknowledges Fr. Tom

His brother agrees. “I appreciate that all my confreres have always supported me equally in my priestly life. That bond has made my priestly calling much easier. And as I get older, I realize how blessed I am being a priest, especially a Vincentian.”

This story is from:
The Message
by cammonline