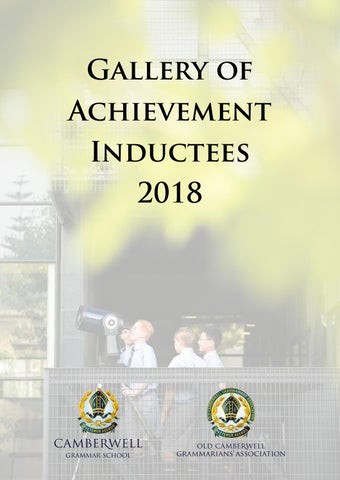 Tony enjoyed a very successful career in sport at Camberwell Grammar School, being awarded a triple pocket for football, cricket and athletics. He was recruited directly from the School to the Melbourne Football Club and played a total of 118 AFL games, 75 for Melbourne and 45 for Footscray, now the Western Bulldogs. In 1985 as a recruit, Tony played in the Under 19s as a defender but by 1988 played as a forward. Over the next three seasons, Tony moved between attack and defence, kicking a career high of 22 goals in 1990. He played eight games exclusively as a defender in 1991 before his season ended with shin splints and he was traded to Footscray at the end of that year. Tony went on to play two seasons for the Western Bulldogs before leaving for America to try his hand at punting. When Tony failed to land a NFL contract, he returned to Australia and played for the West Australian Football League in Perth in 1994, in an attempt to make the inaugural Freemantle squad. Unfortunately, an Achilles injury ended the season for him, though he returned to Victoria to play one last game for the Bulldogs.

Major General Justin F B Ellwood DSC (1987) Major General Justin (Jake) Ellwood assumed the appointment of Deputy Chief of Army on 3rd May 2018. He graduated from the Royal Military College – Duntroon in 1990 into the Royal Australian Infantry Corps. His early career includes platoon command in the 2nd/4th Battalion and operational service with the Irish Guards in Kosovo as Second in Commander of a Warrior Company. Major General Ellwood commanded an infantry company in East Timor and served as the Brigade Major of the 1st Brigade. Major General Ellwood was appointed Commanding Officer of the 5th Battalion from 2007 to 2008. During his tenure, he commanded a light armoured battlegroup in Iraq and a light infantry battlegroup in East Timor. He has also served as Commander of the Combat Training Centre. Major General Ellwood was deployed to Afghanistan as the Chief of Operations within Headquarters Resolute Support from 2104 to 2015. His career also encompasses diverse staff roles as Director Reserves – Army, Liaison Officer of the United States Marine Corps, Chief of Staff Headquarters Forces Command and as Director General Career Management – Army. Major General Ellwood’s personal awards include Commander British Forces Commendation and Divisional Commander’s Commendation. He was awarded the Distinguished Service Cross for his command and leadership in Iraq and a Commendation for Distinguished Service and the United States Legion of Merit (Degree of Officer) for his service in Afghanistan. He holds a Bachelor and Masters of Arts from Deakin University, a Masters of Management (Defence Studies) from the University of Canberra and a Graduate Diploma in Education (secondary) from Monash University. Major General Ellwood is a graduate of the Australian Command and Staff College and Higher Defence College, as well as a graduate of the Oxford Advanced Management and Leadership Program. Major General Ellwood is married to Nicole and they have two children. His hobbies include distance running, military history, fishing and scuba diving.

Casey completed his education at Camberwell Grammar School in 2012, went on to study building and construction and now works as a lead carpenter for Dreamline Homes, his family’s business. Casey won a hockey scholarship to Camberwell Grammar School in 2009 and in his time at the School, represented Camberwell Grammar School, Victoria and Australia. In 2013, he received a full scholarship to the Victorian Institute of Sport Hockey Program and was named in the Australian Men’s Development Squad. Casey was selected for the Under 21 Australian team to compete in the Australian Youth Olympic Festival where the team won gold. Casey was then selected for Victoria’s Under 21 State Team to compete in the Junior World Cup Tournament held in New Delhi. During 2014 and 2015, Casey captained the Under 21 in 2015, winning gold. Between 2014 and 2017, Casey was selected into Victoria’s Open Age Hockey team, the Vikings, who were premiers in 2016 and 2017. Casey then joined the Australian Men’s Hockey Squad, the Kookaburras. Whilst in Perth with the Kookaburras, Casey played with Curtin University for a season and won the Club’s Most Valuable Player medal and Western Australia’s Olympian Medal for the Best and Fairest for the year in the Perth Premier League competition. Casey is completing his building and construction course but is still a member of the Australian Development Squad, trains with the Victorian Institute of Sport and represents the Footscray Hockey Club.

Raymond (Ray) spent twenty years with the Soil Conservation Authority in Victoria, initially in the field, assisting landholders to overcome soil erosion problems and then later, with broad scale water catchment and land management issues, including in Victoria’s Alpine region. In 1977, Ray moved to Queensland and assumed a role developing, implementing and overseeing environmental programs involving land revegetation, water management and air quality control over eight large coal mines in Central Queensland, which included environmental assessments of areas under exploration in Australia. Ray is a founding member of the Cumberla-Witton Catchment network, with a passion for recording and analysing rainfall, water quality and changes in the creeks of Brisbane’s inner west. For more than twenty five years, Ray has maintained scientific records of the local waterways, as well as implementing training standards to establish best practice for a team of volunteers. Ray has been instrumental in guiding and mentoring members of the catchment group to undertake water quality assessments. As a result of Ray’s encouragement and coaching, several members of the group have undertaken training in water sampling and testing as a component of a Certificate III in Conservation and Land Management. In 2017, Ray was presented with the Lord Mayor’s Australia Day Achievement Award by the Brisbane Lord Mayor.

Barrie began at Camberwell in 1939, completing his education in 1953 Barrie played 1st XI cricket for five years at the School, 1st XVIII football for four years, 1st IV tennis for three years and represented the School in Athletics throughout his senior years. He received triple colours in his final year and was a School Prefect in his final two years. Barrie studied to become a chartered accountant and became a partner in a firm of chartered accountants going on to establish his own firm, Wilson, Provan and Co, which merged with another firm in 1975 to become Danby, Bland, Provan and Co. The firm is now known as Accru with six partners and sixty plus staff. During his accounting career, Barrie was Honorary Treasurer of the Mission for Seamen for more than thirty years, Treasurer and Council member at Lowther Hall Anglican Grammar School for a similar period and was auditor in his own name for the Melbourne Cricket Club for twenty-five years. Barrie along with three others, created and developed the Overnewton Anglican Grammar School which now has enrolments in excess of 2500 pupils. He also contributed to the establishment of the Geelong Christian College. On retiring from Accru, Barrie was appointed Chair of the Good Shepherd Nursing Home complex, a position he held for twenty one years. In 1992, Barrie purchased Suma Park on the Bellarine Peninsula and developed it as a conference centre with accommodation, a vineyard, a working train station connected to the steam train in Queenscliff and a cricket ground. Barrie was awarded the medal of the Order of Australia in 2018 for service to the community of Queenscliff.

Matthew left Camberwell Grammar School in 1993 and studied a Bachelor of Commerce at Monash University and a Bachelor of Business Administration and Management at the University of Alabama. He worked as a Project Manager at Reclink Australia, firstly as the Katherine Regional Manager and then the Indigenous Projects Manager at AFL Northern Territory, going on to be the National Project Co-ordinator, Australia Programs for World Vision. In 2013 he set up Yuendumu Sports Academy and then became CEO of Wanta AC, in 2015. Matthew represented Australia in swimming in the 1997 Pan Pacific Championships in Fukuoka, Japan, being placed first in the 800 metre freestyle and third in the 1500 freestyle. In 1995, he was also a member of the 4 x 200 metre freestyle relay team for Melbourne Vicentre where the team broke the Commonwealth record. Matthew was awarded a full scholarship to the University of Alabama for swimming in 1998. He was placed sixth in the 1650 yard freestyle at the South East Conference championships. Matthew was also Victorian State Champion for the 800 metre freestyle on six occasions and 1500 freestyle on seven occasions.

George Zhou is an astrophysicist at the Harvard-Smithsonian Centre for Astrophysics in Cambridge, Massachusetts. He was a recipient of the NASA Hubble Fellowship, the CfA fellowship award and works as a member of the MIT-NASA led Transiting Exoplanet Survey Satellite (TESS) mission science team. George studied physics and astrophysics at the Australian National University and completed his Ph.D. on the discovery and characterisation of exoplanets, planets that orbit stars other than our sun in 2015. He is a member of numerous scientific collaborations and has contributed significantly to the discovery of dozens of exoplanets. Among his achievements, are the discovery of the hottest and most extreme planetary systems and the investigations into the formation and origins of the solar system. His interest in astronomy was sparked during his time at Camberwell Grammar School and he remains an avid stargazer in his spare time. George contributes to outreach efforts at Harvard to encourage STEM participation amongst high school students. 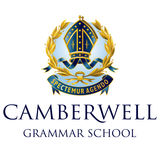