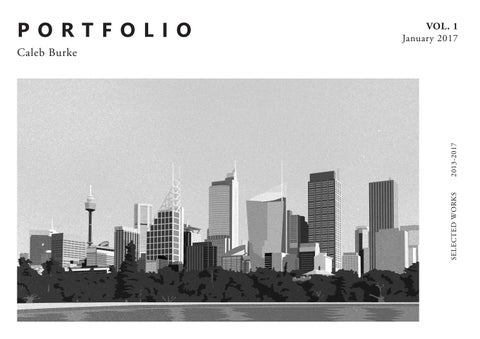 I am a 22-year-old architecture student looking to further my studies and understanding of the discipline through practical experience. Originally from a rural town on the far north coast of NSW, I moved to Sydney in 2013 to study at the University of New South Wales. At the end of 2015 I completed my Bachelorâ&#x20AC;&#x2122;s degree with Distinction, and in 2016 I undertook an additional honours year and thesis project - for which I am graduating with First Class Honours. My work follows themes of spatial experimentation, phenomenology, human psychology, and site-specific responses to place. I am passionate about buildings that respond to functional needs as well as experiential requirements, fulfilling the diverse range of qualities desired by humans in their dwellings and urban environments. I believe that good design can, and should, inspire good living. My other architectural interests include thoughtful design of passive heating and cooling systems, buildings with low embodied energy footprints, built environments that elucidate a sense of community, and architectural history and theory.

This project is a speculative proposition for a multi-use building in Coogee. The brief called for the design of a building featuring a public bookshop / cafe, two studio apartments, one two-bedroom apartment, and a three-bedroom apartment for the clientsâ&#x20AC;&#x2122; family and dog. It was to be situated on the corner of Beach St and Arcadia St in a primarily-residential neighbourhood of Sydneyâ&#x20AC;&#x2122;s Eastern Suburbs metropolitan area, close to Coogee Beach. Design solutions were derived through consideration of the widely diverse psychological needs for living qualities and spatial experiences that typical apartments of the area often disregard.

The project is centred around the desirable qualities of the north-eastern corner of the site - shifted away from the adjacent buildings on the southern and western boundaries to resolve potential issues of privacy, overshadowing from the west, and overshadowing to the south, while orienting towards specific views along each streetâ&#x20AC;&#x2122;s axis. As a central point of circulation, the vertical tower located on the western border of the buildingâ&#x20AC;&#x2122;s mass reconciles the transition from the public negative space of car-parking and a communal courtyard to the private refuge of the apartment interiors. Each unit extends in a linear direction from the tower, before pivoting towards the south-east, granting a minimum of three external surface dimensions, a navigational relationship with surrounding streets, and a variety of light qualities.

Desired navigational views from the site

In addressing the undefined ‘flexible’ spaces and over-prescriptive rooms of traditional apartments of the Coogee area, a unique approach to interior diversity and complexity is offered. The interior spaces are largely interconnected, yet specific functional regions are defined by changes of orientation, altered ceiling and floor heights, material transitions, and varying sizes and shapes of openings. Each decision is reflective of specific desired spatial experiences. Lowered ceiling heights generate protected spaces of refuge, vertical windows depict layered horizontal elements to orientate the inhabitant in their environment, concrete and brick forms contrive a sense of enclosure and protection, and timber detailing at the building’s periphery gives warmth and delicacy to these interior-exterior portals. Cooperatively, these decisions seek to engender a rich and diverse living pattern for the occupants, reflecting their own richness and diversity of character.

“Nature with a capital ‘N’... is all the body of god we’re ever going to see. It is practically the body of God for all of us. By studying that Nature we learn who we are, what we are and how we are to be.” - Frank Lloyd Wright

Framed by an ecological functionalist view of Architecture as articulated by the Finnish architect and theorist Juhani Pallasmaa, the studio brief proposed an architectural project for a semi-public building: an olive oil production facility, local wine sales and visitor accommodation in Cooba in the Riverina region of NSW. For two weeks per year the facility was to shut down to the public and solely conduct olive oil production, while the remainder of the year would see the built form accommodate tourism purposes. The design therefore required consideration of the project’s role in the local area’s tourism-based regeneration, its functional response to climate, and the needs of its visitors.

16 This project is about drawing qualities from nature. A path through the site acts as the primary organisational element, while secondary built forms peel away. Each formalised space is designed to achieve specific views and resulting experiences and moods. The accommodation huts gaze into a restful valley, inducing a sense of refuge and safety. The dining room/restaurant similarly views across the length of the granite outcrop valley, while the remaining half of the main building: a sales space, a private office and staff space, and a space of olive oil production (doubling as a reception space and tasting room during the 50 weeks of the year when production ceases), direct themselves to the east. Rising views over an olive grove towards the distant horizon line evoke a sense of prospect and adventure; guests are encouraged to explore the grove and surrounding topography.

18 Each building references the site, with heavy rammed-earth walls embedded into the ground portraying the surrounding granite forms, the transition from heavy to lightweight construction evoking the structural delicacy a tree achieves at its periphery, and the pitching of roofs towards best light emulating a plantâ&#x20AC;&#x2122;s growth towards optimal light conditions. Cross section through accommodation huts

Entry to main building and site

PROPOSAL: OUTDOOR DECK Jan. 2017 Commissioned by the Mullumbimby Ex-Services Bowling Club. Software: Revit Photoshop This project was a pro bono commission for the Mullumbimby Ex-Services Bowling Club. Members of the club have long-envisioned expansions of the existing building to adapt to modern culture and meet the contemporary demands of bowling clubs, bars, and public venues. However, issues with space, funding, and an absence of any physical documentation revealing how this development would look, have prevented such improvements from commencing. The club reached out personally and requested an early-stage design proposal and visualization of a possible outdoor expansion to the building that would attempt to improve the club’s attendance by appealing to a younger generation of patrons familiar with the booming ‘beer-garden’ space of modern pubs. Images produced would be submitted to the overseeing Mullumbimby Ex-Services Club in order to request funding and commence further development of the project. The design extends the main façade of the building that is visible from the street into a covered outdoor space, whilst maintaining the iconic portico entrance.

Outdoor deck, looking to the green

ARCHITECTURAL DRAWINGS 2013-present While much of my work relishes the capabilities of the computer in realising and visualising architectural forms, hand drawing plays an integral role in my design process. Sketching, doodling, and illustrating by hand make up a significant part of how I perceive the world and formulate ideas. While sketching in the discipline of architecture is often simply considered a means to ameliorate the limitations of computer-aided design, I believe that its power lies in an ability to reveal a greater depth of understanding of an architectural work. The following illustrations are examples of sketches conducted during my architectural studies, primarily of buildings personally visited and buildings that I hope to one day visit.

Re-illustration of ‘The Drawbridge’ by Giovanni Battista Piranesi

HONOURS THESIS Revisiting Prospect-Refuge Theory: Towards a New Spatial Paradigm 2016 This thesis reviewed selected literary works of architecture, landscape history, philosophy, psychology, and classic literature to explore the role of landscape symbolism in the aesthetic appeal for places of human habitation. Prospectrefuge theory – originally proposed by Jay Appleton as an explanation for the intrinsic appeal and richness of certain landscape characteristics, and later adopted by Grant Hildebrand to analyse Frank Lloyd Wright’s houses – was the primary topic of the research. It was argued that despite the recurrence of the theory in studies of landscape and architectural design, a clear and comprehensive overview of the hypothesis and its diverse wealth of applications and expansions does not exist. Furthermore, little is known about the specific spatial features which could be used to translate the theory’s landscape symbolism into studies of the built environment.

This thesis aimed to contribute to scholarship on Appleton’s much-debated theory. It tackled the aforementioned gaps in knowledge by synthesising ideas and written arguments from various fields. Firstly, the research presented a comprehensive literature review of the theory as it stands, with particular focus given to its origins and its previous use in studies of landscape and architectural theory. Next, an overview compiled and compared existing arguments regarding the validity of the theory in architectural case studies, noting the inherent limitations of any such application. Finally, an expansion of the theory was proposed by drawing on architectural concepts outside of prospect-refuge discourse to further incorporate the theory into ideas of manmade space. This framework was then tested by employing its spatial criterion in a re-examination of three houses designed by Wright, originally selected by Hildebrand. Through the application of the proposed spatial paradigm, the thesis outlined the advantages and limitations of this approach in contrast with Hildebrand’s figurative and wider interpretation of the theory, and attempted to offer a backdrop for future use of Appleton’s theory in architectural research.

Edwin Cheney house, section, annotated, showing protection of the interior from direct light and sense of enclosure at the fireplace. 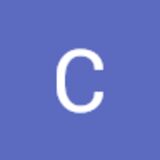 A collection of selected architectural works produced from 2013 to 2016.

A collection of selected architectural works produced from 2013 to 2016.