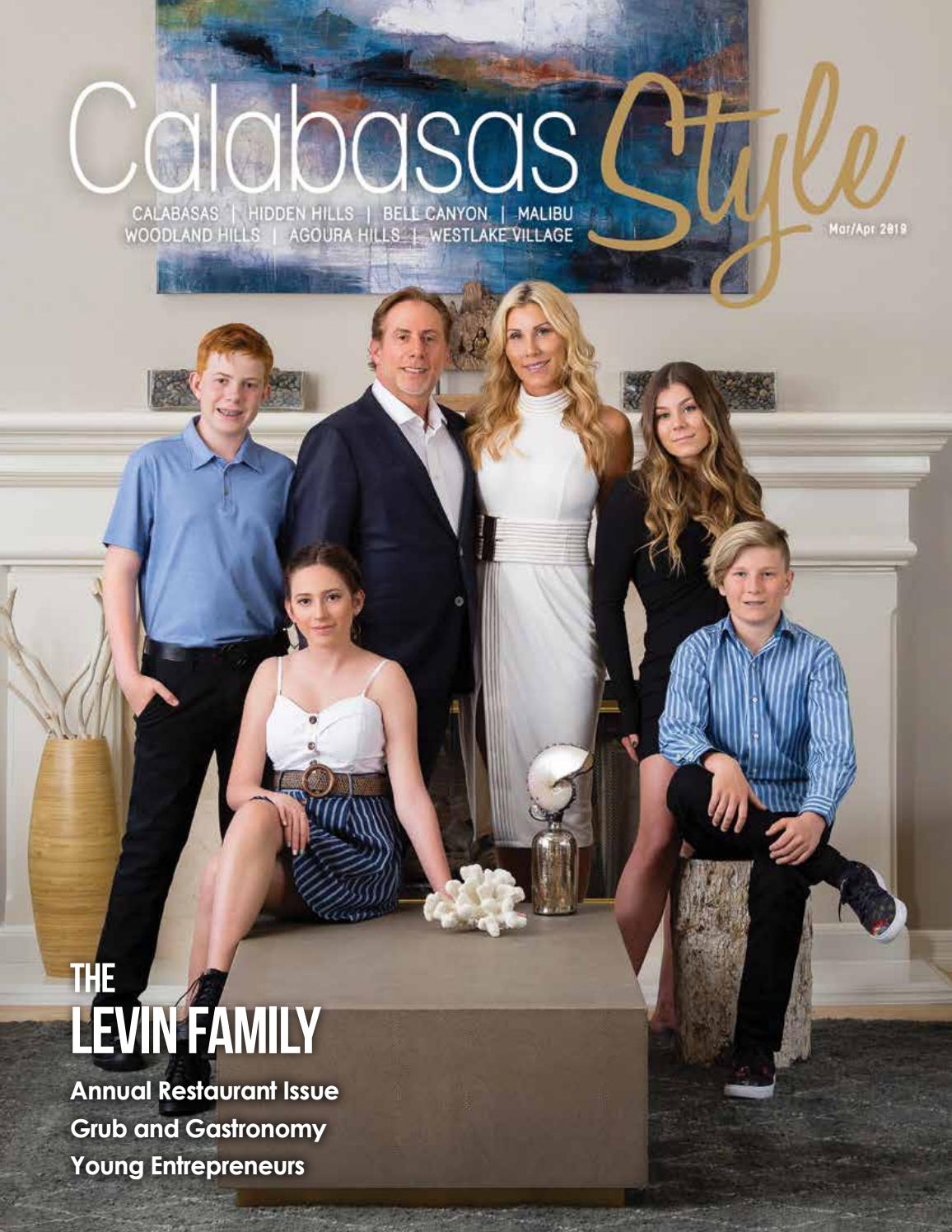 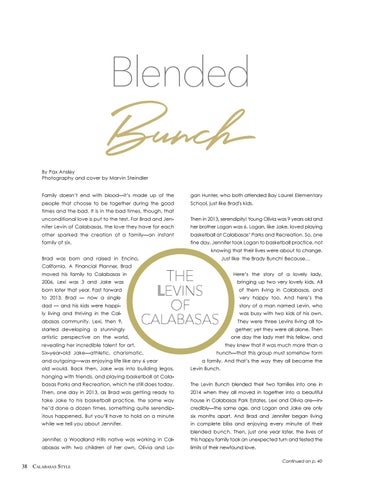 By Pax Ansley Photography and cover by Marvin Steindler

people that choose to be together during the good

times and the bad. It is in the bad times, though, that unconditional love is put to the test. For Brad and Jen-

Then in 2013, serendipity! Young Olivia was 9 years old and

nifer Levin of Calabasas, the love they have for each

her brother Logan was 6. Logan, like Jake, loved playing

other sparked the creation of a family—an instant

basketball at Calabasas’ Parks and Recreation. So, one

fine day, Jennifer took Logan to basketball practice, not knowing that their lives were about to change.

Brad was born and raised in Encino,

California. A Financial Planner, Brad moved his family to Calabasas in 2006, Lexi was 3 and Jake was born later that year. Fast forward to 2013. Brad — now a single dad — and his kids were happily living and thriving in the Calabasas community. Lexi, then 9, started developing a stunningly

Here’s the story of a lovely lady,

bringing up two very lovely kids. All of them living in Calabasas, and

artistic perspective on the world,

and outgoing—was enjoying life like any 6 year old would. Back then, Jake was into building legos,

story of a man named Levin, who was busy with two kids of his own. They were three Levins living all together; yet they were all alone. Then one day the lady met this fellow, and

very happy too. And here’s the

they knew that it was much more than a hunch—that this group must somehow form a family. And that’s the way they all became the Levin Bunch.

hanging with friends, and playing basketball at Calabasas Parks and Recreation, which he still does today.

The Levin Bunch blended their two families into one in

2014 when they all moved in together into a beautiful

take Jake to his basketball practice, the same way

he’d done a dozen times, something quite serendip-

credibly—the same age, and Logan and Jake are only

itous happened. But you’ll have to hold on a minute

while we tell you about Jennifer.

in complete bliss and enjoying every minute of their blended bunch. Then, just one year later, the lives of

Jennifer, a Woodland Hills native was working in Cal-

this happy family took an unexpected turn and tested the

abasas with two children of her own, Olivia and Lo-

limits of their newfound love.