Battlefields Across the Carolinas 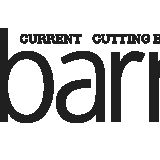 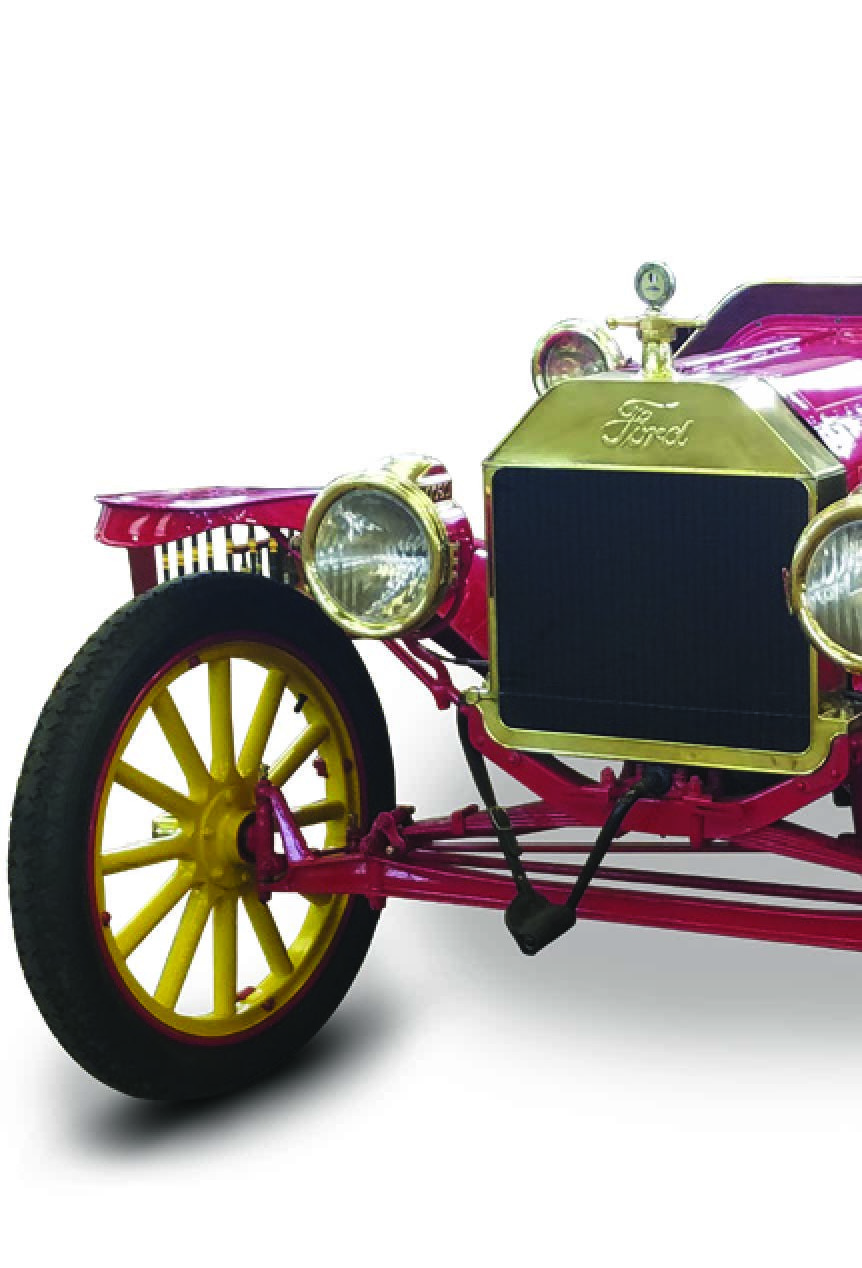 The Spencer Shops: Riding the ...
By: Hollis Miller

There is arguably no better way to connect with your inner patriotism than to visit a battlefield where the history of our country was shaped. The American Revolution is regarded by most to be the defining conflict in the formation of the United States as we know them.

Unfortunately for southerners, it seems that all the “interesting occurrences” throughout the Revolution occurred far in the north, from the signing of the Declaration of Independence, to George Washington crossing the Delaware river. At least this is what our history classes have taught us.

In reality, there were numerous battles fought here in the Carolinas that played a pivotal role in a patriot victory. The United States would not be the same without the sacrifices made by the soldiers who gave their lives at these historic sites.

So, if are you looking for a trip into the past, but don’t want to spend hours in a car, the National Military Parks and Battlefields listed below are rich in history and activities for history enthusiasts and families alike, and are the perfect destination for a getaway only a short ride from Cabarrus County.

Just an hour outside Cabarrus County in Blacksburg, SC sits the battlegrounds of King’s Mountain, where the British suffered a crushing defeat.

There is plenty to do at this beautiful location. Make your first stop at the Visitor Center and enjoy an extensive exhibit and complementary film which showcases the battle and its significance. These activities provide useful and meaningful context to your further exploration of the battlegrounds.

For the history enthusiasts out there, the Battle of King’s Mountain was crucial in shifting the tides of the war which cannot be overstated, making it an exquisite piece of history to witness in person.

After suffering through a tense stalemate in the north, the British turned their eyes to the southern colonies. Their intention was to conquer the south, and therefore suffocate the north into submission. After British success in taking both Savannah and Charleston, patriot militia units in the south began to form, for the war had come to their doorstep. However, a loyalist, or Tory militia, spawned simultaneously.

The Battle of King’s Mountain is rather unique because the fight was between Americans, the only British person present being Col. Patrick Ferguson, who had garnered a reputation for brutality. The British were employing a three-pronged invasion of the Carolinas, and Ferguson led the westernmost arm, and his ferocious treatment of the patriots caused militiamen from across the south to rise against him.

It seems that Ferguson, with his cruelty and threats, had dug himself into a hole, and his solution was to regroup atop King’s Mountain and prepare to face his pursuers.

The battle resulted in a resounding victory for the patriots. The British loyalists suffered some 300 casualties, and approximately 700 were captured, while the patriots only suffered 90 casualties. Ferguson was dead. This overwhelming patriot victory caused other loyalist fighters to retreat and return home, completely shifting the psychology of the war.

Today, Revolutionary War demonstration groups host a variety of shows, including weapons demonstrations, daily life at a militia encampment, and vital skills from the 1700’s such as blacksmithing and leatherwork. These events are held throughout the year.

For those with a taste for adventure and the outdoors, there are hiking trails, horse trails, picnic areas, fishing locations, living history farms, and more, offering great fun for kids and adults alike.

If you seek a more intimate experience with the site, make the trip on October 7, the anniversary of the battle. The day begins with a wreath-laying ceremony in honor of the dead, followed by a program at the park’s amphitheater that is unlike anything else the park has to offer.

King’s Mountain National Military Park is free to visit and operates on a daily 9:00 A.M. – 5:00 P.M. schedule. On Memorial and Labor Day weekends, the park extends its operating hours to 6:00 P.M. For more information, call 803-222-3209 or visit www.southcarolinaparks.com.

The odds were stacked against the patriots in this fight, but the brilliant General Daniel Morgan pulled off a tactical marvel, ensuring victory, and his methods are still studied today.

Following the success at King’s Mountain, General George Washington sent General Nathanael Greene to lead the Southern Continental Army and rally the patriot militia to a single fighting group. After Greene established a foothold in the south, he split his forces in two, sending General Daniel Morgan to cut supply lines and hinder British action in the South Carolina backcountry.

After a game of cat and mouse, with Tarleton in hasty pursuit of the patriot forces, Morgan decided to make his stand at Cowpens, a crossroads with plenty of fertile cattle pastures surrounding the area. At Morgan’s back was the Broad River, blocking any patriot escape, but this was purposeful, making Tarleton think he had the patriots quartered. Yet he was lured into a trap. General Morgan used the landscape to his advantage, hiding his most-skilled troops behind a series of hills, out of British view. When Tarleton charged forward, expecting an easy victory, the rest of Morgan’s Continental army appeared over the horizon and surprised their enemies. The British forces were decimated, 110 dead, 200 wounded, 500 captured, while the Americans only suffered 12 dead, and 60 wounded, an astonishing victory that would cripple the British forces in South Carolina, forcing General Cornwallis to retreat north.

Cowpens has a lot to offer on its 845-acre property, so start your journey with “Cowpens: A Battle Remastered,” an 18-minute film shown hourly in the Visitor Center. Witness the ingenious tactics employed by the patriots at Cowpens, so when you view the field for yourself, the area comes to life.

After the film, take a tour through the Visitor Center Museum. Here you can find all sorts of weapons and artifacts from the Revolution, including a reproduction 3-pounder cannon, the star of the exhibit. For those with young children, the Visitor Center has plenty of hands-on exhibits to make their trip more exciting, meaningful, and creative.

Once you are ready to explore, take either the 1.2-mile Battlefield Trail throughout the park or circle the battlefield in your car on the 3.8-mile Auto Loop Road. Both of these trails give you access to wayside exhibits, and monuments. The Auto Loop Road comes with a narration by military historian Ed Bearss, so if you encounter bad weather, you can still enjoy the battlefield and learn its history and significance.

The Cowpens Anniversary Celebration (January 18-19) is undeniably the best time to visit the site. There are approximately 40 different events held across the grounds. Some of these events include a wreath laying ceremony, a cavalry demonstration, 18th century style concerts, and dramas. But if you cannot make it down to Cowpens on these dates, there are numerous other events held throughout the year which you can view on the Cowpens National Park Service website.

The next location, this one in North Carolina, differs from the others in that the battle resulted in a British victory. However, General Cornwallis lost nearly a quarter of his 2,000 men in this fight alone, and his depleted forces could not withstand the might of the Continental Army at the Siege of Yorktown later that year.

The Guilford Courthouse National Military Park is located a mere six miles outside of downtown Greensboro, so after a visit to the park, there are numerous restaurants and activities to seek out in the city.

As for the park itself, the options are extensive. The site hosts an incredible 28 monuments, some of which commemorate the soldiers and commanders who fought at Guilford Courthouse. Others honor the signers of the Declaration of Independence and other influential revolutionaries.

Access these memorials by way of the park’s footpaths, where no cars or bikes are permitted, allowing for a peaceful, tranquil engagement with history. The footpaths have numerous stops, and an audio tour can be accessed on your mobile device. A number will be provided at every location for a two to three-minute narration. If you plan on exploring the footpaths, bring sturdy shoes and expect hills both large and small as you explore the battlefield.

If walking isn’t your particular style, there is a 2.25-mile tour road that loops the field of battle, dotted with numerous parking locations that grant access to exhibit panels and footpath entries. Pedestrians and cyclists are also permitted to use this road, so operate your vehicle with care!

If 18th century life is something that sparks your curiosity, the Hoskins Farm is the perfect location for you. The Hoskins Farm offers a look into an 18th century, rural lifestyle, and a cellphone audio tour will give you all the details you need. The first clash of the Battle of Guilford Courthouse actually occurred on the Hoskins’ property. The buildings of the farm are not open to the public throughout the year, but only on special occasions such as the Battle Anniversary, or the Living History Programs.

The Guilford Courthouse National Military Park is no different than the two South Carolina locations, as they host a Battle Anniversary every year (March 14-15th). The anniversary event that sets Guilford Courthouse apart from the other two locations is the inclusion of an hourlong Battle Reenactment. This reenactment paints a clear picture of the battle as it truly happened and is an exciting event for people of all.

This event is hosted by the City of Greensboro outside the park property, because the United States National Parks Service prohibits reenactments on battlegrounds.

Guilford Courthouse was the battle that severely diminished the British forces and began to drain their morale, while the Americans stood strong. In the aftermath of this fight, the beaten and tired British army would be forced to surrender at the Siege of Yorktown on October 19, 1781, ending the war and granting the American colonies their freedom. The United States would perhaps not exist if it weren’t for key battles such as Guilford Courthouse, making it an outstanding location for not only history lovers, but all Americans.

Guilford Courthouse National Military Park opens Monday through Sunday at 8:30 A.M. and closes at 5:00 P.M. There is no entry fee. Their website, www.nps.gov/ guco/index.htm has all the necessary information for a day’s visit. If you cannot find what you are looking for online, simply call 336-288-1776.

Other Nearby Battlefields of Interest:

This story is from:
July, 2019: Road Trip!
by Cabarrus Magazine