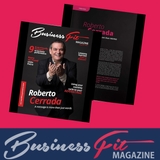 Past, Present and Future

CCO of EcoClipper, a shipping company providing emission free transport and travel, Hannah Hurford tells us how transportation of goods using sail ships is making a comeback and can offer an environmentally friendly alternative.

As pressure to transition away from fossil fuels mounts, the shipping and transport industry is at a crossroads. What will be the next technology to take over conventional methods of propulsion? One solution has history on its side: sail cargo.

Sailing has been a part of human history for thousands of years. By using the wind, civilisations have explored distant horizons, fought battles, and through it all; transported goods. Yet with the development of the steam engine, and the rise in containerisation in the 20th century, sailing became a leisure activity and a luxury rather than the standard form of transport. Recently, with the rising awareness and demand for emission-free transport and travel, sailing ships are being viewed as a viable alternative to conventional transport. This is in the form of sail cargo, an industry with 15+ companies working together to ship cargo between ports using the most traditional and tried and tested technology available, sail power.

From the middle of the 19th Century, clipper ships were perfected for the ‘deep-sea’ trade. Distinguishable due to their sharp lines, these vessels sailed swiftly around the world, taking part in the tea, wool, and spice trades, as well as the California Gold Rush. As they came into port, the goods would be transferred to other smaller vessels, more adaptable for coastal or inland waterways, and shipped to further destinations.

Towards the turn of the century steam-powered ships were gaining traction. The opening of the Suez Canal in 1869 indicated the shift in logistics, where these mechanically propelled vessels could cut their transport time down significantly by avoiding the Cape of Good Hope and the Southern Ocean. It is worth noting that these vessels were not up to the task of shipping some bulk cargoes such as grain and nitrate and so adaptations of the clippers, with over three masts, huge spreads of canvas and hulls of iron, continued to sail commercially until 1939.

History would have it that sailing ships ceased trading cargo commercially – at least at an international level. However, a revival took place in the later part of the 20th Century. S.V Kwai, Avontuur, Albatros and Sofia sailed across the Atlantic, around Europe, the Caribbean and Pacific Islands.

In 2009 the brigantine Tres Hombres was launched. The story of this vessel brought sail cargo into the public’s eye. Set up by three friends and re-built with volunteers of all nationalities, the Tres Hombres has become the flagship of sail cargo. The vessel is completely engineless and completed her 12th Atlantic voyage in 2020.

Since the launch of Tres Hombres, the sail cargo industry has been steadily growing. Sail cargo ships today are relatively small, certainly compared to containerships - the largest sail cargo ship operating today is 124 Dead Weight Tonnes (DWT), whereas the world container ship fleet includes 98,140 ships of 100 gross tonnes with 2,061,944 thousand DWT of capacity. Sail cargo vessels do not take containers, although there are some designs that are looking to accommodate them. There are companies looking to scale up the industry, such as EcoClipper, which plans to build a clipper ship capable of carrying 500 tonnes of cargo and will travel to Southeast Asia. By opening up the market in this way, sail cargo would become accessible worldwide. There is a possibility to use deep-sea trade vessels like EcoClipper’s to deliver cargo across the oceans and use smaller, more versatile vessels to transport the cargo further, much like they did in the 19th century.

The aim of sail cargo is to reduce shipping emissions

The products shipped by sail are currently luxury goods such as cacao, coffee, rum, wine, olive oil from South America, North America, Spain, and Portugal. As demand increases different goods are being shipped such as dried legumes, olives, salt, and cider. As the vessels grow in size and new shipping routes are explored, the variety of goods will continue to expand to perhaps lumber, electronics, textiles and produce from further afield such as pepper, spices and tea. However, the aim of sail cargo is to reduce shipping emissions and the quickest and most effective way of doing so is to ship less. Sail cargo companies generally encourage local production of goods, and ship luxury goods that couldn’t be grown or made locally. For Northern Europe, for example, that would mean olive oil, wine, cacao, coffee etc.

What these ships lack in cargo hold space, they gain in sustainability. All are propelled by the power of the wind using sails. Simple. Some, such as the Tres Hombres and Nordlys, do not have engines at all, whilst others such as Avontuur and Gallant use small auxiliary engines to manoeuvre in port. Others are considering electric engines and many use, or plan to include, hydro-generators, solar panels, or wind turbines to generate energy onboard. These exciting developments for sailing ships are a story of our time – readjusting and developing a traditional technique with the innovations of today.

The future of sail cargo is exciting

Alongside the sustainability of the vessels themselves is the idea of ‘slow food’ and ‘slow travel’. Of course, sailing ships depend predominantly on the wind and therefore the vessels can be early or late for deliveries to ports. A certain amount of flexibility must be understood. This calls into question the consumer demand for quick, cheap produce. Sail cargo companies often work closely with producers and small businesses who want to tell the story of the product, to ensure the entire system is transparent rather than cutting corners of how the product is made and the detrimental effect it has on people and the environment. The future of sail cargo is exciting. Using sailing ships to transport cargo establishes opportunities with travel, education, and policy change. It encourages a simpler method of transport which benefits the environment, businesses, and people. At this moment in time, where the future of shipping is being decided, sail cargo is an industry that can be utilised to its fullest and can encourage more transparent and ethical supply chains.

There are multiple sail cargo companies to keep an eye on, as well as the operational vessels mentioned above. Sail Cargo Inc, for example, are building a ship in the Costa Rican rainforest out of sustainably sourced wood. SV Brigantes are re-building a ship to cater for the Mediterranean market. EcoClipper will build the first sail cargo clipper ship of this century, the EcoClipper500. This vessel will be the first in a series of clippers that will utilise four trading routes around the world. The EcoClipper500 will be able to also carry 12 passengers and 36 trainees. For further information see: https://ecoclipper.org/ or get in contact here: info@ecoclipper.org

Hannah Hurford, is CCO of EcoClipper. She is an advisor for the Sail Cargo Alliance and has worked with National Historic Ships UK. Hannah has a passion for sailing and maritime history. She is keen to use shipping methods of the past and innovations of today to influence a sustainable future. hannah@ecoclipper.org 27 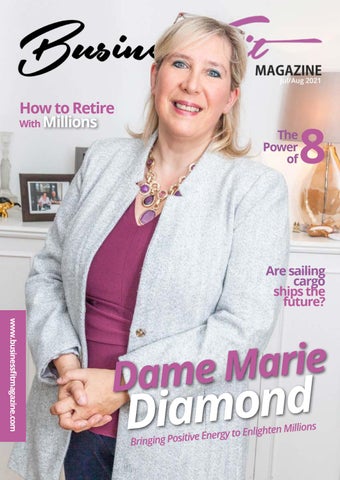