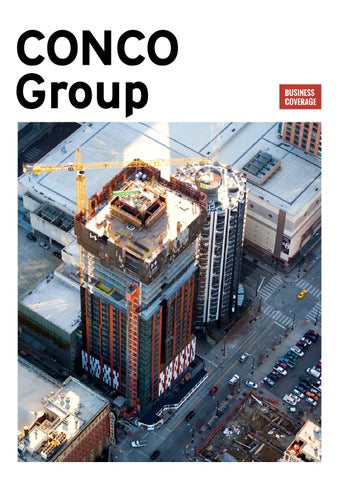 Engineering energy to Africa and the Middle East

or many of us itâ&amp;#x20AC;&amp;#x2122;s easy to take for granted the luxuries we literally have at our fingertips each day. For example, the modern smartphone contains more electronic processing power than the whole of NASA used to send (and land) Apollo 11 to the moon in 1969. Along with computers, televisions, washing machines, microwaves, games consoles and countless other gadgets we are afforded greater luxury than any generation before us.

But these modern luxuries are unfortunately not without their drawbacks, after all they require the same fuel to function; electricity. Even the simplest of tasks such as reading this article requires vast amounts of it, from the power utilised by the computer used to write it, to the energy required to run the printing press or light the screen from which you read it. Electricity literally powers the modern world, yet there are still many areas where it is yet to reach and a plethora of others where we require it to go on reaching.

Renowned for its ability to produce high-quality and customised electrical infrastructure solutions on a highly cost-effective basis, CONCO is one of just a handful of high-voltage electrical compa-nies in South Africa with a 9EP rating from the CIDB. Its reputation has been built on an ability to deliver multidisciplinary engineering solutions, which are fully project-managed in house from in-ception to implementation and delivered on time.

Since being established in 1986, CONCO has developed a deep understanding of how to operate in demanding and sometimes challenging geographies such as Africa and the Middle East. It has been able to gear itself to overcoming many of the common obstacles such as logistics, depleted or reduced existing infrastructure which has enabled it to completed energy infrastructure projects in no fewer than 21 different African countries.

PLANNING &amp; PROJECT MANAGEMENT GIVING THE GIFT OF ENERGY CONCO Group, based in Midrand South Africa, shares part of the mammoth task in ensuring that the lights not only continue to stay on, but actually can turn on in a greater number of places than ever before. This might not be such a daunting task in a smaller more forgiving terrain as can be found in say England or Japan, but CONCO undertakes this responsibility in both African and Mid-dle Eastern countries, and with great success.

Installing high-voltage solutions such as substations, distribution lines, switchyards, transmission lines and wind farms, requires resolute planning and project management skills, a core strength of CONCO. The company has a strong hands-on approach to project management taking accounta-bility and responsibility seriously, endeavouring to provide a single point of customer contact throughout the process.

provide a solution which differentiates from the competition. A ‘one-stopshop’ for the full provision of highvoltage infrastructure requirements where the designers liaise directly with the installation teams. This hugely successful approach has been implemented in over 1,000 projects for a range of govern-ments, municipalities, mining houses, capital investment and utilities companies.

SAFETY FIRST CONCO’s pride for completing a job on-time and within budget does not extend to cutting corners though. Naturally high-voltage installations do inherently come with some safety risks, which is why CONCO has taken a straight forward approach with the company ethos of ‘Safety First’ (always, no compromise). In the company’s own words, ‘Yes, CONCO operates in a high-risk arena, but our stringent procedures enable us to deliver what we promise, minus the risk’. CONCO also continues to develop

and invest in its staff through its Skills Academy with the atti-tude that training is an investment in the future. The company holds a strong belief that developing and retaining talent has been and will be crucial to its ongoing success. CONCO’S ability to identify suitable people for training and mentorship within local communities and tutor them through the company’s academy allows them to be nurtured for the future. In addition to this, each employee is given key competency assessments to help streamline and optimise their career paths. With clear objectives, first class expertise and extensive industry experience it’s easy to under-stand why CONCO has such a solid reputation within the sector. Combined with its focus on not only providing a first rate service to all its clients, but ensuring that its staff remain safe and trained to the highest standards, it’s not hard to see the lights staying on in more places than ever before across the African continent and beyond.