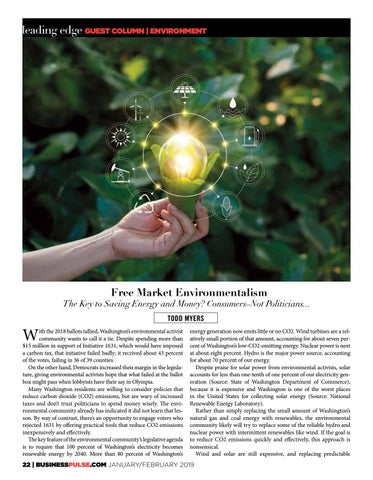 ith the 2018 ballots tallied, Washington’s environmental activist community wants to call it a tie. Despite spending more than $15 million in support of Initiative 1631, which would have imposed a carbon tax, that initiative failed badly; it received about 43 percent of the votes, failing in 36 of 39 counties. On the other hand, Democrats increased their margin in the legislature, giving environmental activists hope that what failed at the ballot box might pass when lobbyists have their say in Olympia. Many Washington residents are willing to consider policies that reduce carbon dioxide (CO2) emissions, but are wary of increased taxes and don’t trust politicians to spend money wisely. The environmental community already has indicated it did not learn that lesson. By way of contrast, there’s an opportunity to engage voters who rejected 1631 by offering practical tools that reduce CO2 emissions inexpensively and effectively. The key feature of the environmental community’s legislative agenda is to require that 100 percent of Washington’s electricity becomes renewable energy by 2040. More than 80 percent of Washington’s

energy generation now emits little or no CO2. Wind turbines are a relatively small portion of that amount, accounting for about seven percent of Washington’s low-CO2-emitting energy. Nuclear power is next at about eight percent. Hydro is the major power source, accounting for about 70 percent of our energy. Despite praise for solar power from environmental activists, solar accounts for less than one-tenth of one percent of our electricity generation (Source: State of Washington Department of Commerce), because it is expensive and Washington is one of the worst places in the United States for collecting solar energy (Source: National Renewable Energy Laboratory). Rather than simply replacing the small amount of Washington’s natural gas and coal energy with renewables, the environmental community likely will try to replace some of the reliable hydro and nuclear power with intermittent renewables like wind. If the goal is to reduce CO2 emissions quickly and effectively, this approach is nonsensical. Wind and solar are still expensive, and replacing predictable 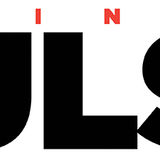